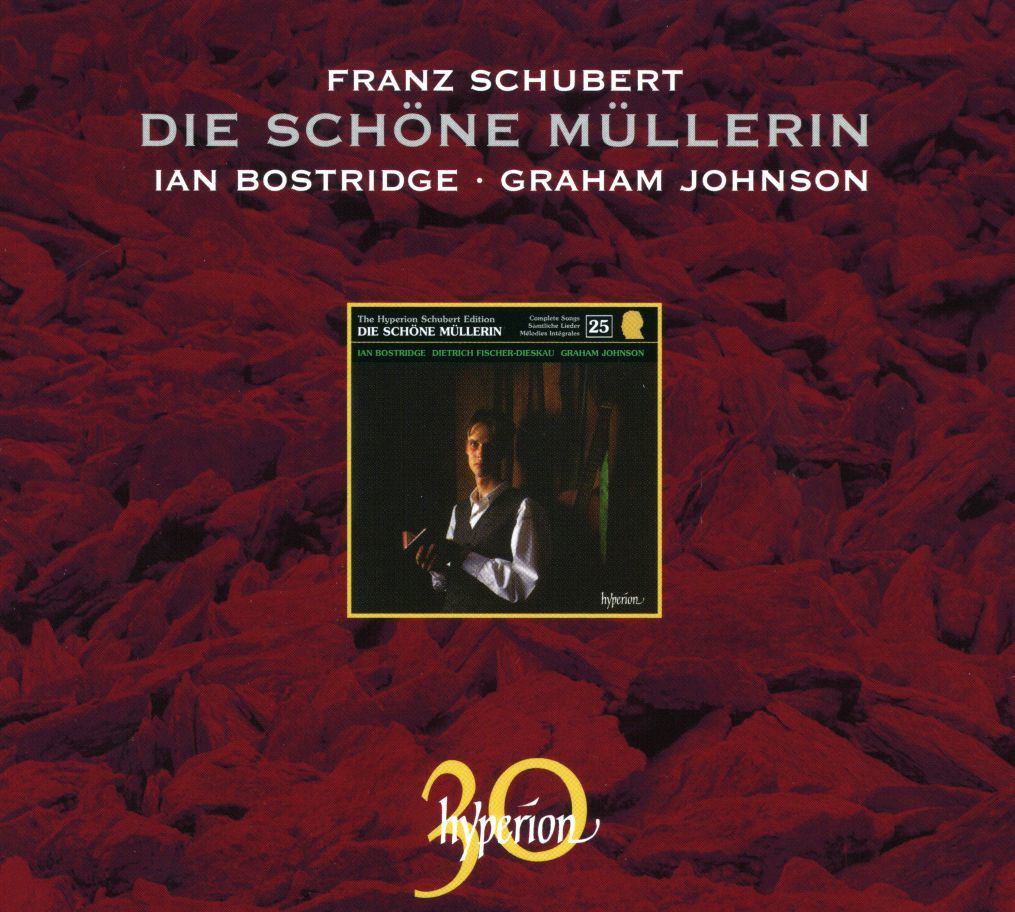 The origin of the story about the beautiful maid of the mill is difficult to trace. It was the subject of Paisiello’s opera L’amor contrastato or La bella Molinara (1788) which made its triumphant progress through Germany under the title Die schöne Müllerin. In 1795 the young Beethoven wrote two sets of piano variations based on arias (including the celebrated ‘Nel cor più non mi sento’) from this work. Paisiello’s opera was performed in Vienna in 1822 when Schubert may well have seen it. Goethe had also written a sequence of poems entitled Edelknabe und Müllerin (‘The young lord and the miller-maid’) on this theme but he was not the only poet to write of romance at the mill; Brentano had used this subject, as had Justinus Kerner. The famous anthology of folk poetry Des Knaben Wunderhorn has an entire sequence devoted to millers and miller-maids.

'Another marvellous disc in an eminently collectable series' (The Independent)

'Graham Johnson could not have chosen more wisely from among the tenors available to him today'(Fanfare, USA)