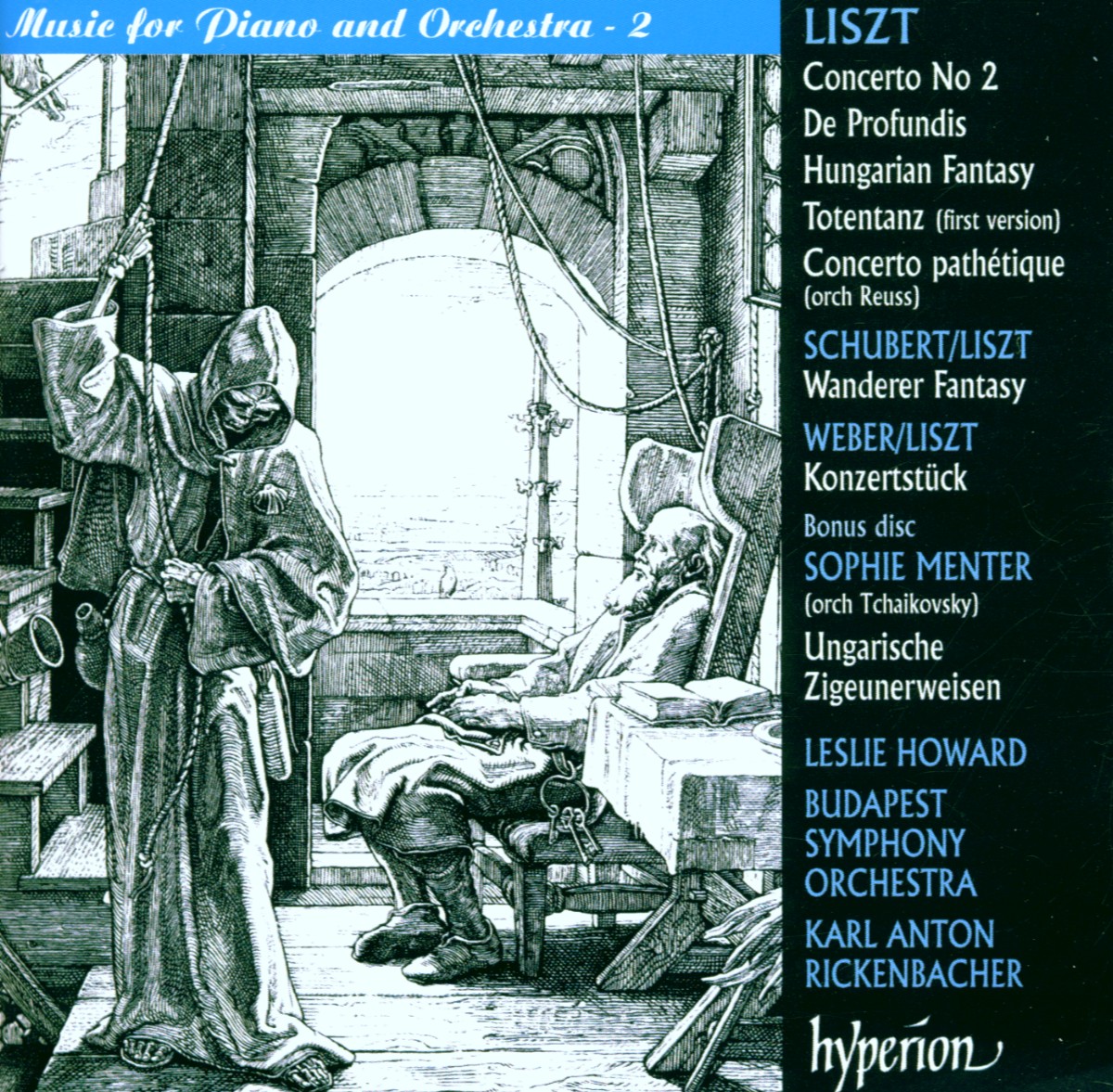 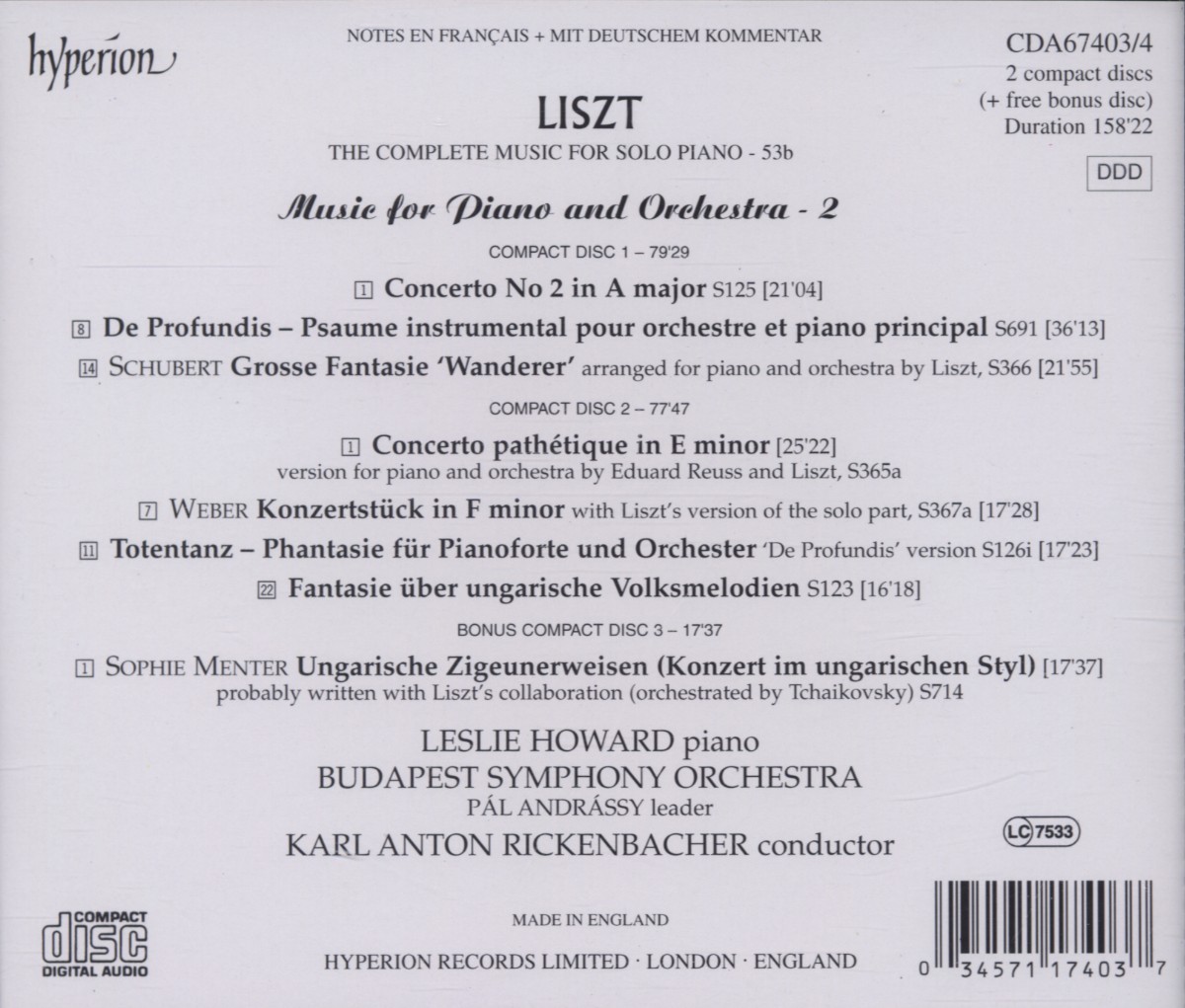 This set and its companion (CDA67401 / 2) are perhaps the most important releases in Leslie Howard's complete survey of Liszt's piano music. In addition to such well known works as the mature Piano Concertos (two of the most popular works in the nineteenth-century Romantic repertoire) and the other lesser known but familiar pieces, several items here receive their first recordings; as a result of Leslie Howard's indefatigable research we can now hear orchestral versions of Hexaméron and the Grand Solo de concert for the first time. Also in new versions are the recently discovered Concerto in E flat, Op posth, and De Profundis. A re-examination of the manuscripts has led our pianist to make refinements to the published scores which provide a more accurate reflection of Liszt's intentions.

All these issues and more are documented in Leslie Howard's characteristically thorough notes.

'Hyperion's production, as always, is superb. For the Lisztian, this is indispensable' (Fanfare, USA)

'Howard's dedication is clear in all his playing here, with clear, crisp articulation vividly caught in finely balanced sound' (The Guardian)