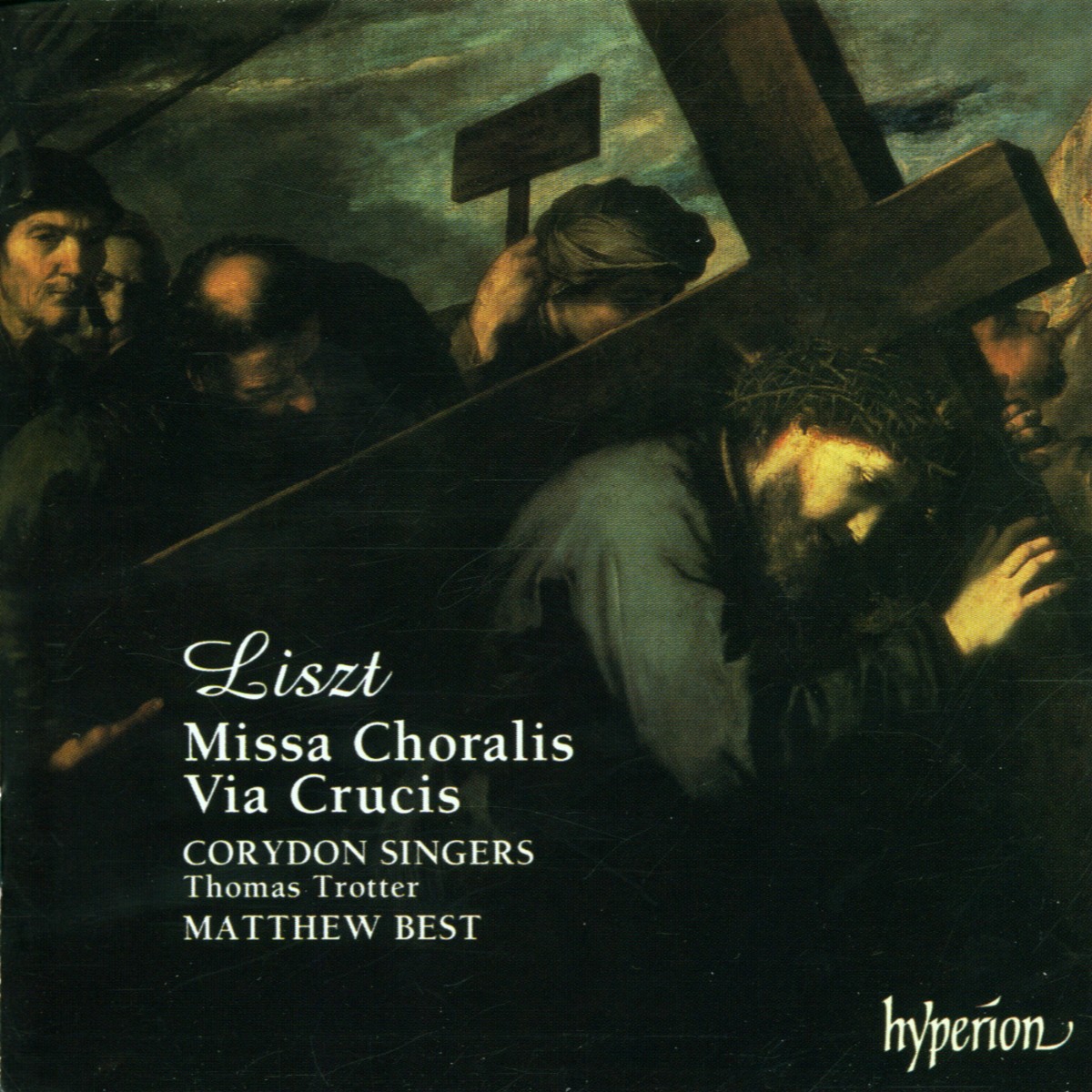 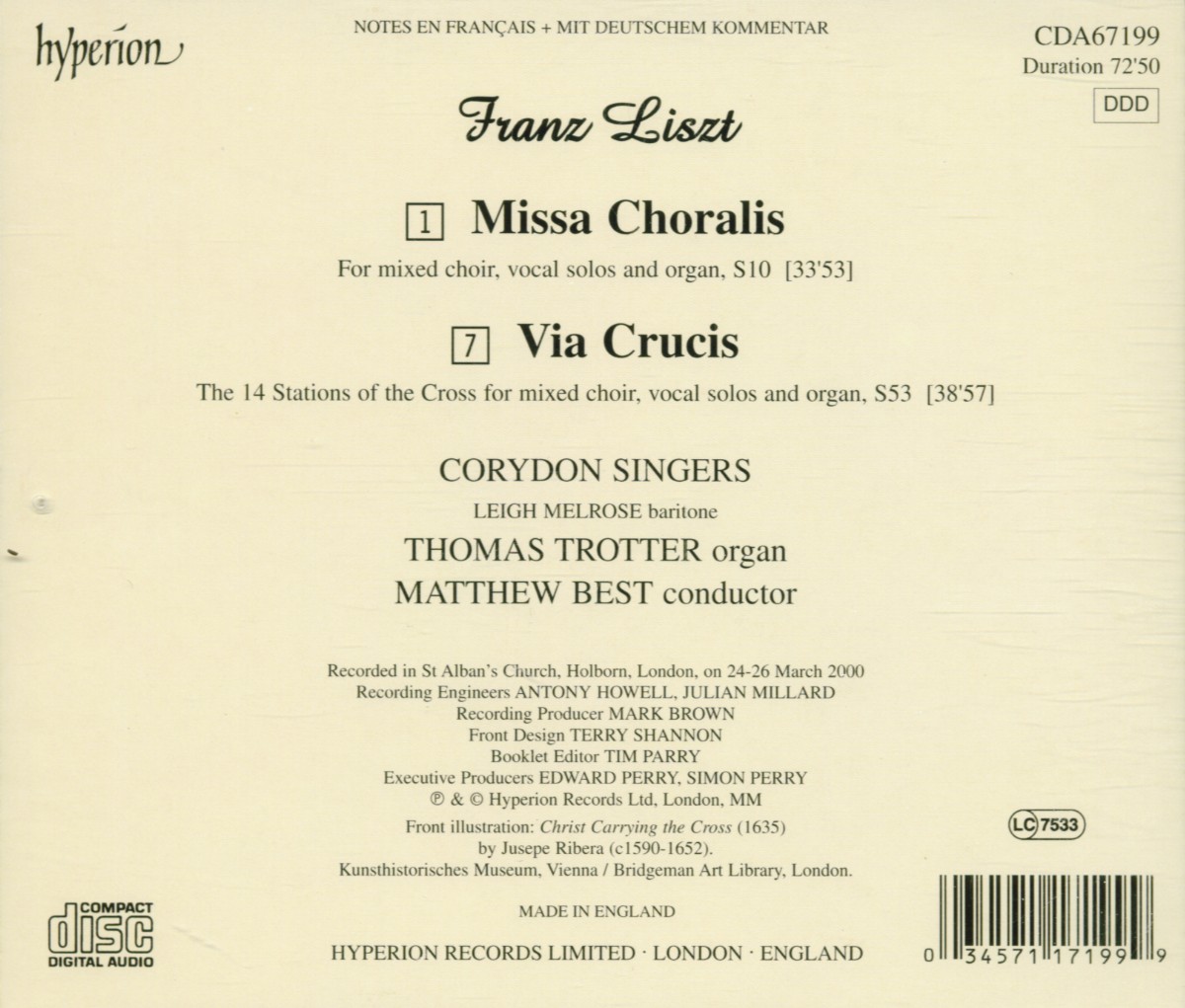 Liszt's position as a composer for the Church has always been controversial. The paradox that the most modern composer of the age, the supporter of the revolutionary ideals of 1789, 1830 and 1848, ended up writing music for an institution regarded as a bastion of everything conservative and reactionary, has led to a questioning of Liszt's motives. With the rapidly advancing secularization of culture, Liszt was seen as disillusioned, and his decision to take minor orders in 1865 was considered a startling about-turn for one so worldly.

In fact, Liszt wrote sacred music with reform in mind. The dismal state of church music in the first half of the nineteenth century, when it was common to hear opera cabalettas sung to liturgical words, encouraged him to go back to plainsong and the music of Palestrina for inspiration. Composed in 1865, the year he took minor orders, the Missa Choralis embodies these twin elements. The influence of plainsong pervades the thematic material, albeit refocused through Liszt's boldly original and expressively chromatic harmonic language.

Via Crucis (1866-1878) is an extraordinary work. It is a devotion describing the journey of Christ carrying the Cross, divided into fourteen 'stations' or stages. Most Catholic churches have pictures or statuettes of these scenes along the walls of the nave, usually seven on each side. The devotion consists of meditations on each scene, usually in the form of prayers and singing. If the number of participants is not too large, they move around the church in a group, stopping at each station. This was what Liszt visualized when he composed the music, and in one of his most deeply personal works, he presents a series of radically expressionistic, intense miniatures.

'A disc in a million. Matthew Best gives the music’s every moment of excitement its full impact – stunning. Makes essential listening' (Gramophone)

'On excellent form, the Corydon Singers give an impassioned account, rich in tone and dynamic contrast and, above all, exemplary in the matters of ensemble and balance. Majestic sound' (Classic FM Magazine)