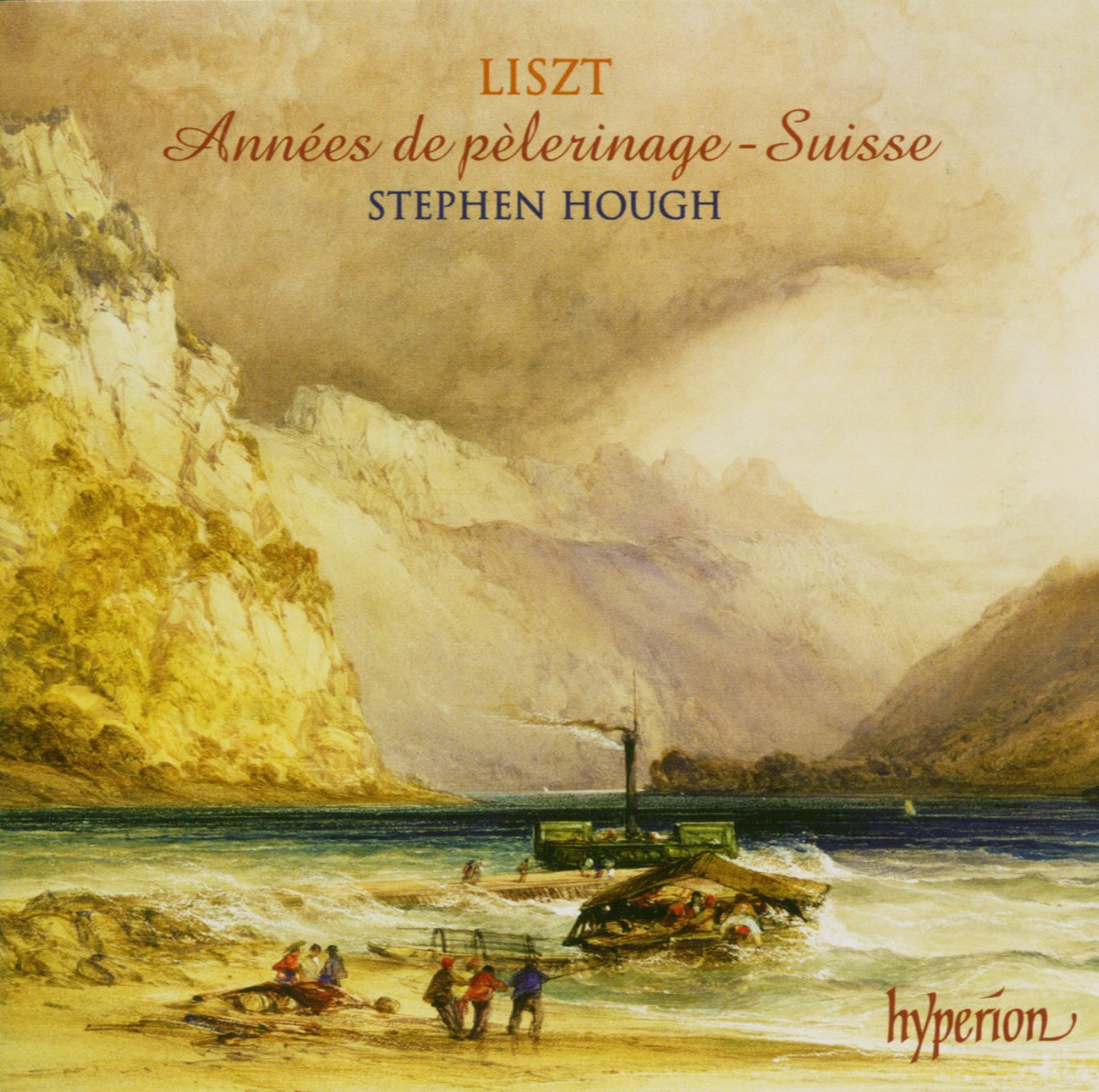 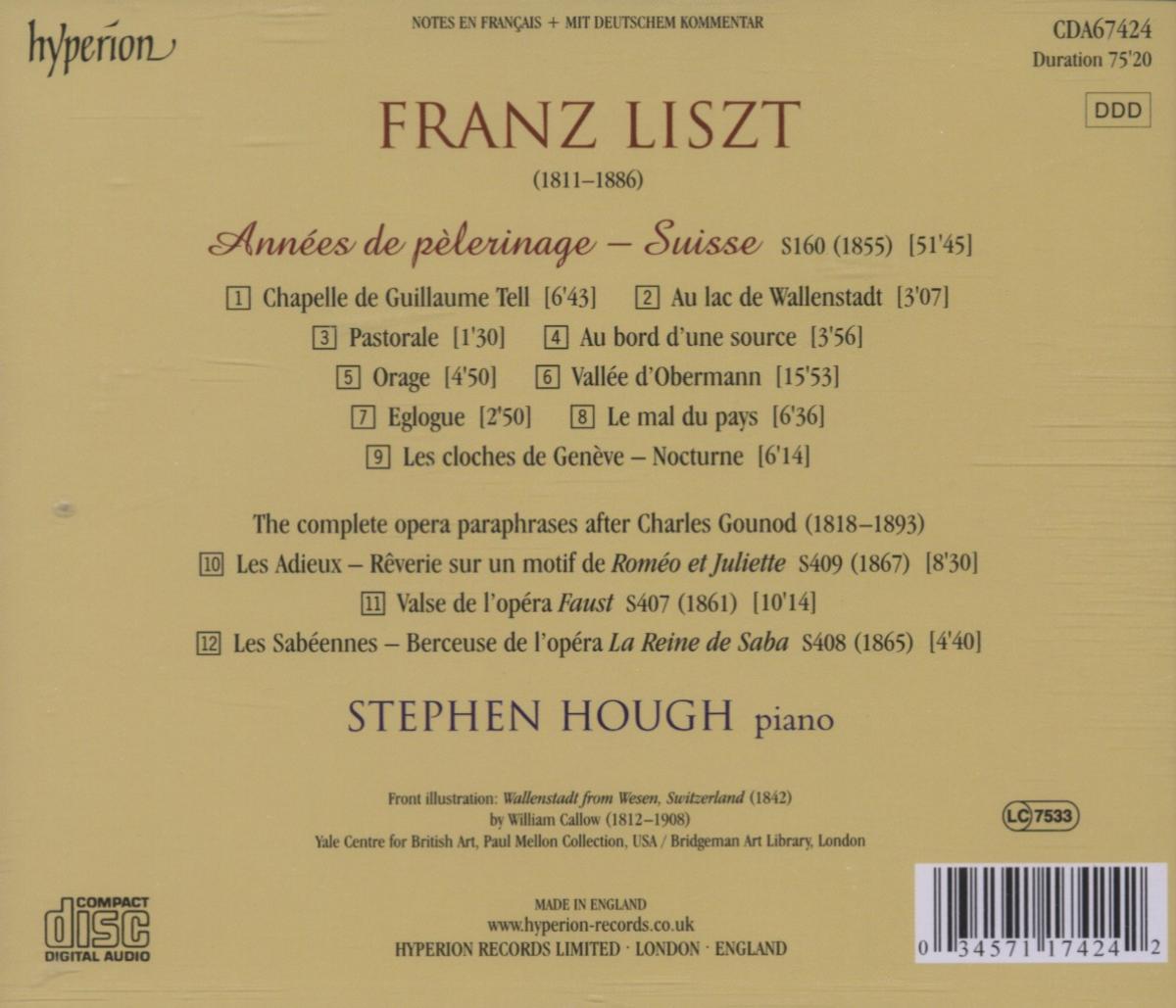 Liszt’s three books of Années de pèlerinage contain some of his most important music and exemplify the fusion of art and nature which was central to the nineteenth-century Romantic movement which the composer epitomized. Book 1, recorded here, reached its final form in 1855 but most of the pieces were written in the 1830s during Liszt’s stay in Switzerland with his mistress Marie d’Agoult. Each piece has an illustrative title and aims to capture the emotion invoked by a particular scene; this was a revolutionary approach to music in its time and allowed Liszt to create a whole new world where piano texture is used purely to create atmosphere.

Music requiring this degree of pianistic sophistication seems perfectly suited to the skills of Stephen Hough, and so it proves, as he captures to perfection the delicate glitter of Au bord d’une source or the grandeur of Vallée d’Obermann.

Unusually, the CD is completed with Liszt’s complete transcriptions from Gounod operas. The three pieces include one virtuoso warhorse – the Faust waltz – and two reflective and lyrical pieces which are almost completely unknown.

'Even were Hough's technique less secure and Hyperion's engineering less realistic, this would be a major addition to the catalogue. As it stands, this recording of the first book of Années is the top choice' (International Record Review)

'Always a fastidious pianist, Stephen Hough conjures subtle sonorities in these tender aquarelles … Hough's elegance minimises the music's vulgarity, while he is in his element in the dreamy fantasies on themes from Roméo et Juliette and the rare La Reine de Saba' (The Daily Telegraph)

'to be without the Hough version of the complete opera paraphrases after Gounod would be like missing the sweet afterthought, one that only a pianist like Stephen Hough can lure us into and then indulge us' (Pianist)