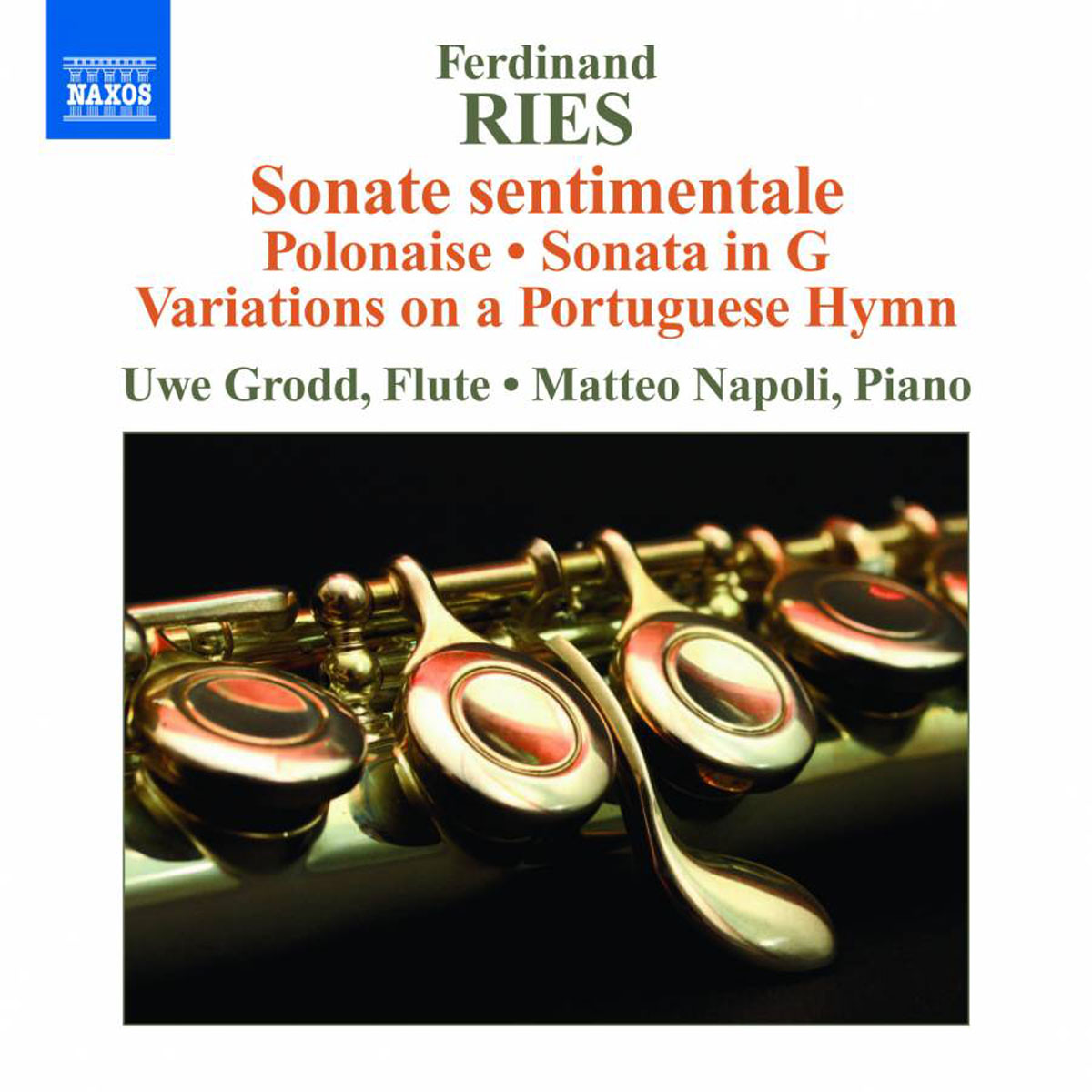 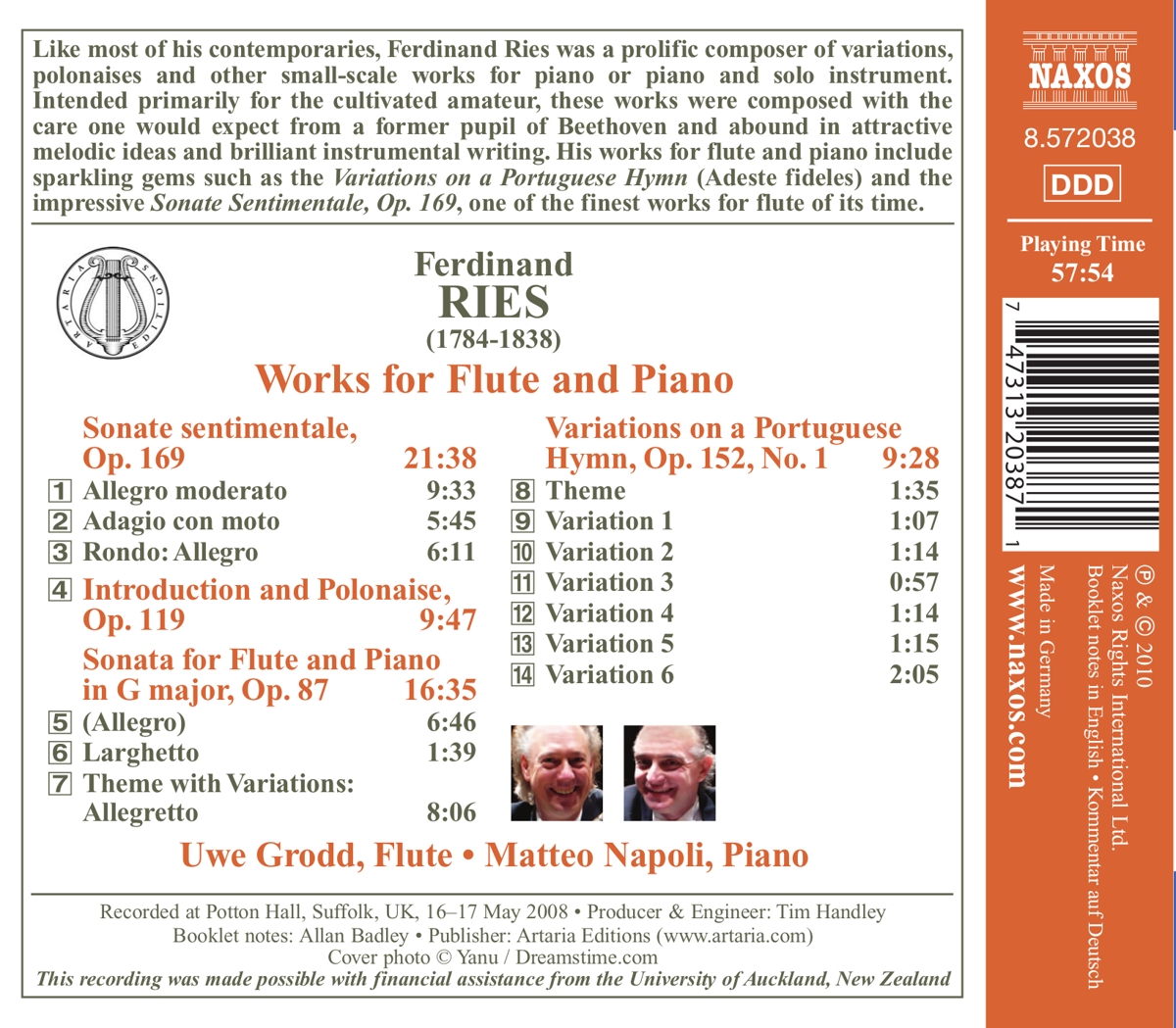 Bewertung:
umgehend lieferbar, Bestand beim Lieferanten vorhanden
EUR 12,99*
Versandkosten
Like most of his contemporaries, Ferdinand Ries was a prolific composer of variations, polonaises and other small-scale works for piano or piano and solo instrument. Intended primarily for the cultivated amateur, these works were composed with the care one would expect from a former pupil of Beethoven and abound in attractive melodic ideas and brilliant instrumental writing. His works for flute and piano include sparkling gems such as the Variations on a Portuguese Hymn (Adeste fideles) and the impressive Sonate Sentimentale, Op. 169, one of the finest works for flute of its time.