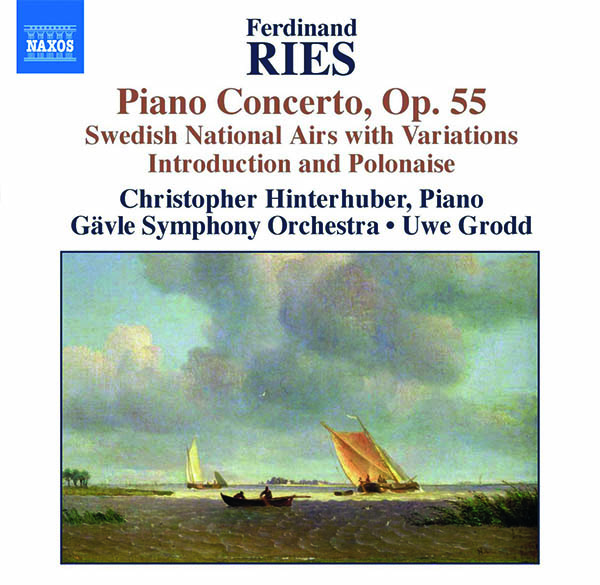 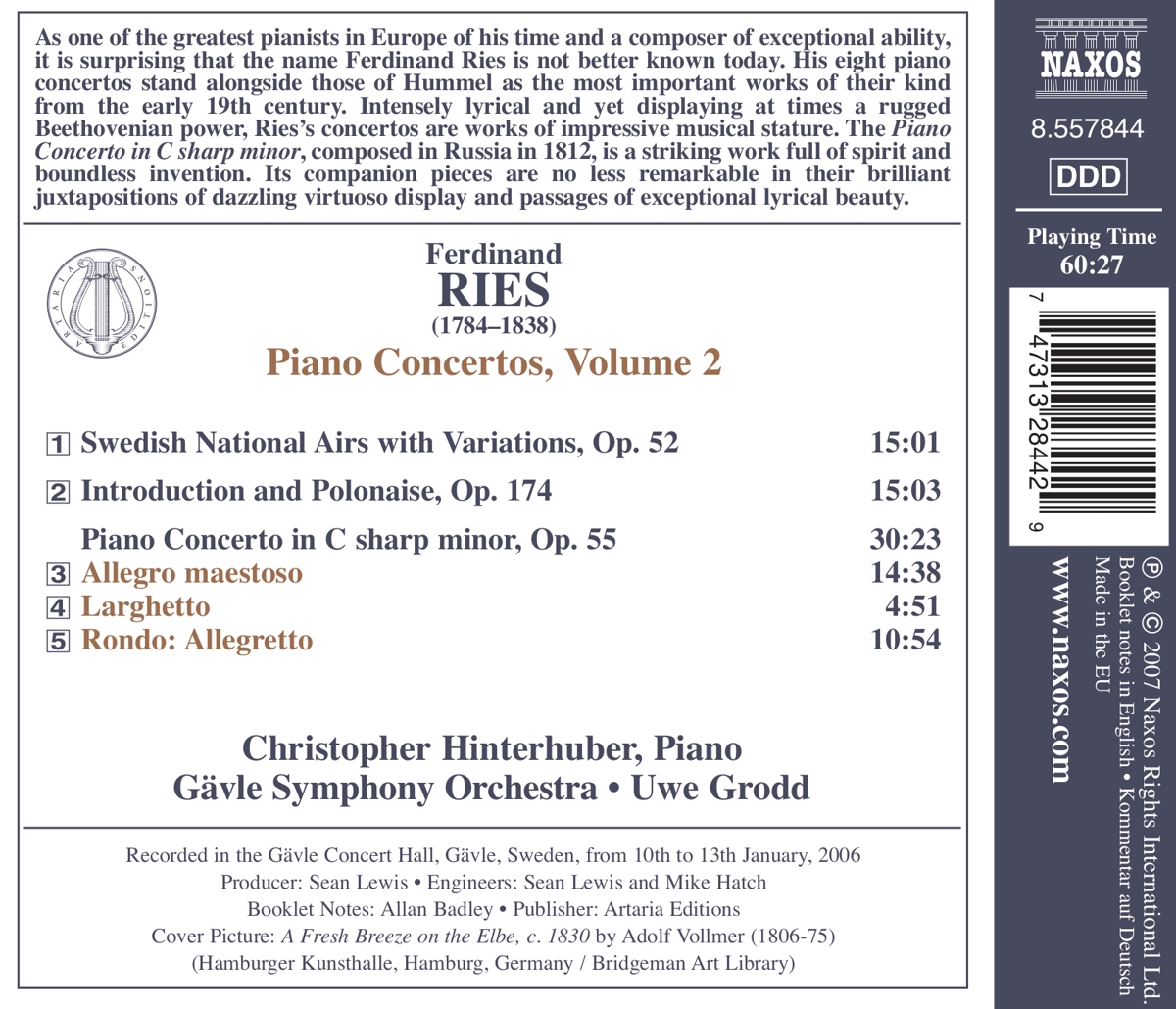 Bewertung:
umgehend lieferbar, Bestand beim Lieferanten vorhanden
EUR 12,99*
Versandkosten
As one of the greatest pianists in Europe of his time and a composer of exceptional ability, it is surprising that the name Ferdinand Ries is not better known today. His eight piano concertos stand alongside those of Hummel as the most important works of their kind from the early 19th century. Intensely lyrical and yet displaying at times a rugged Beethovenian power, Ries's concertos are works of impressive musical stature. The Piano Concerto in C sharp minor, composed in Russia in 1812, is a striking work full of spirit and boundless invention. Its companion pieces are no less remarkable in their brilliant juxtapositions of dazzling virtuoso display and passages of exceptional lyrical beauty.