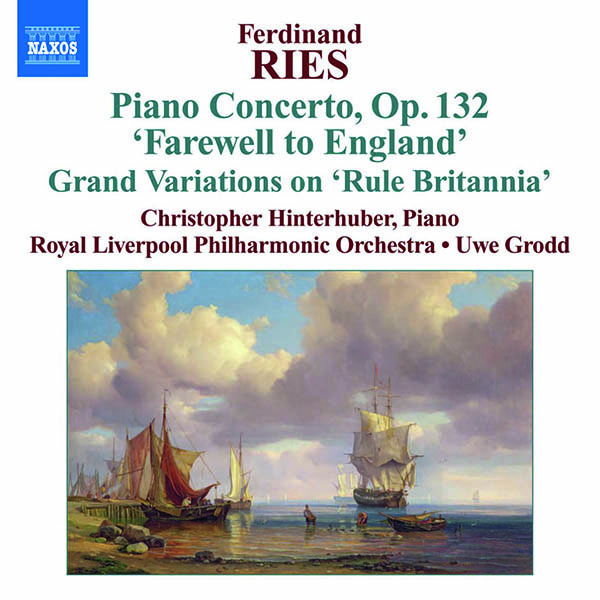 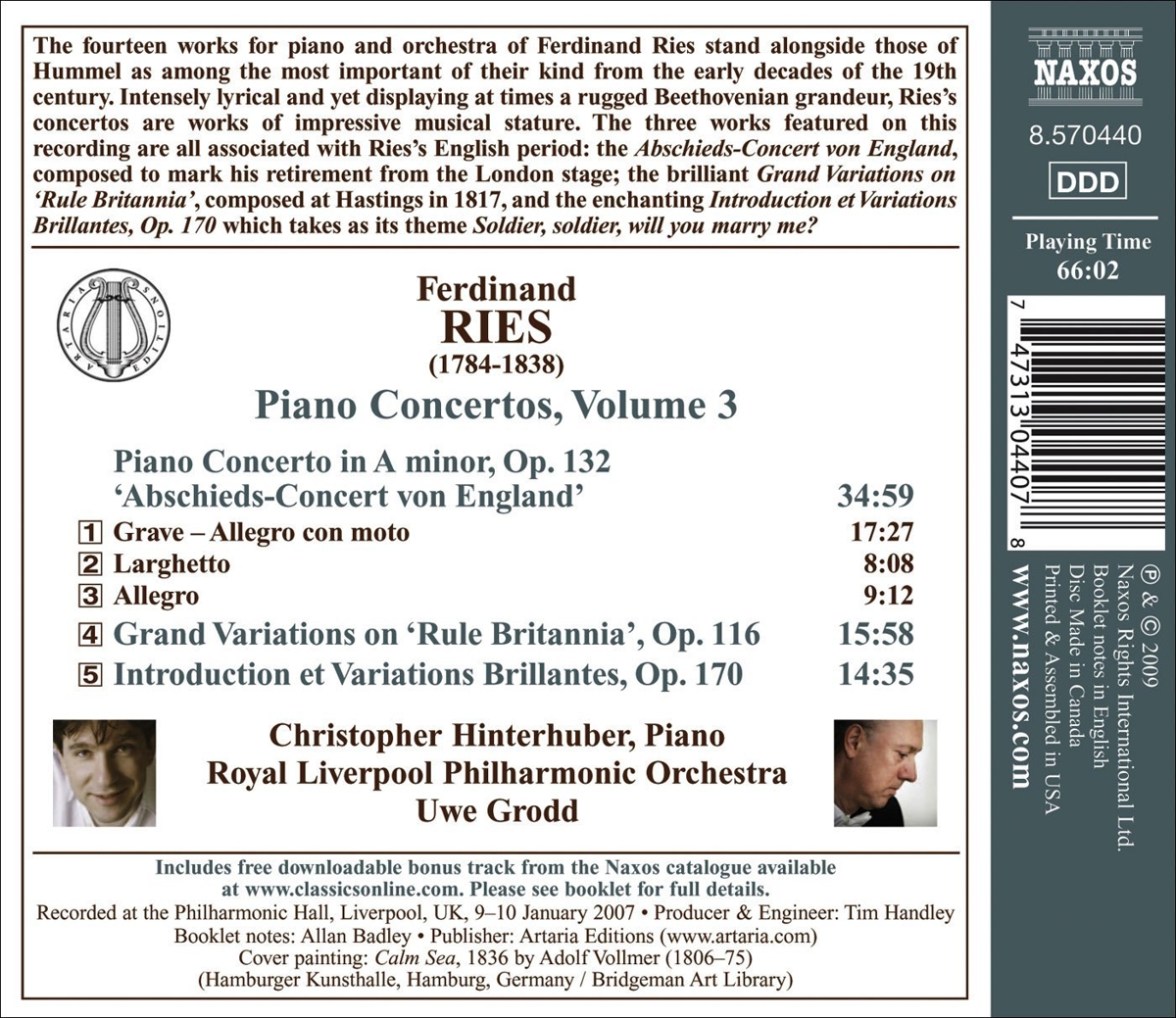 Bewertung:
umgehend lieferbar, Bestand beim Lieferanten vorhanden
EUR 9,99*
The fourteen works for piano and orchestra of Ferdinand Ries stand alongside those of Hummel as among the most important of their kind from the early decades of the 19th century. Intensely lyrical and yet displaying at times a rugged Beethovenian grandeur, Ries's concertos are works of impressive musical stature. The three works featured on this recording are all associated with Ries's English period: the Abschieds-Concert von England, composed to mark his retirement from the London stage; the brilliant Grand Variations on »Rule Britannia«, composed at Hastings in 1817, and the enchanting Introduction et Variations Brillantes, Op. 170 which takes as its theme Soldier, soldier, will you marry me?