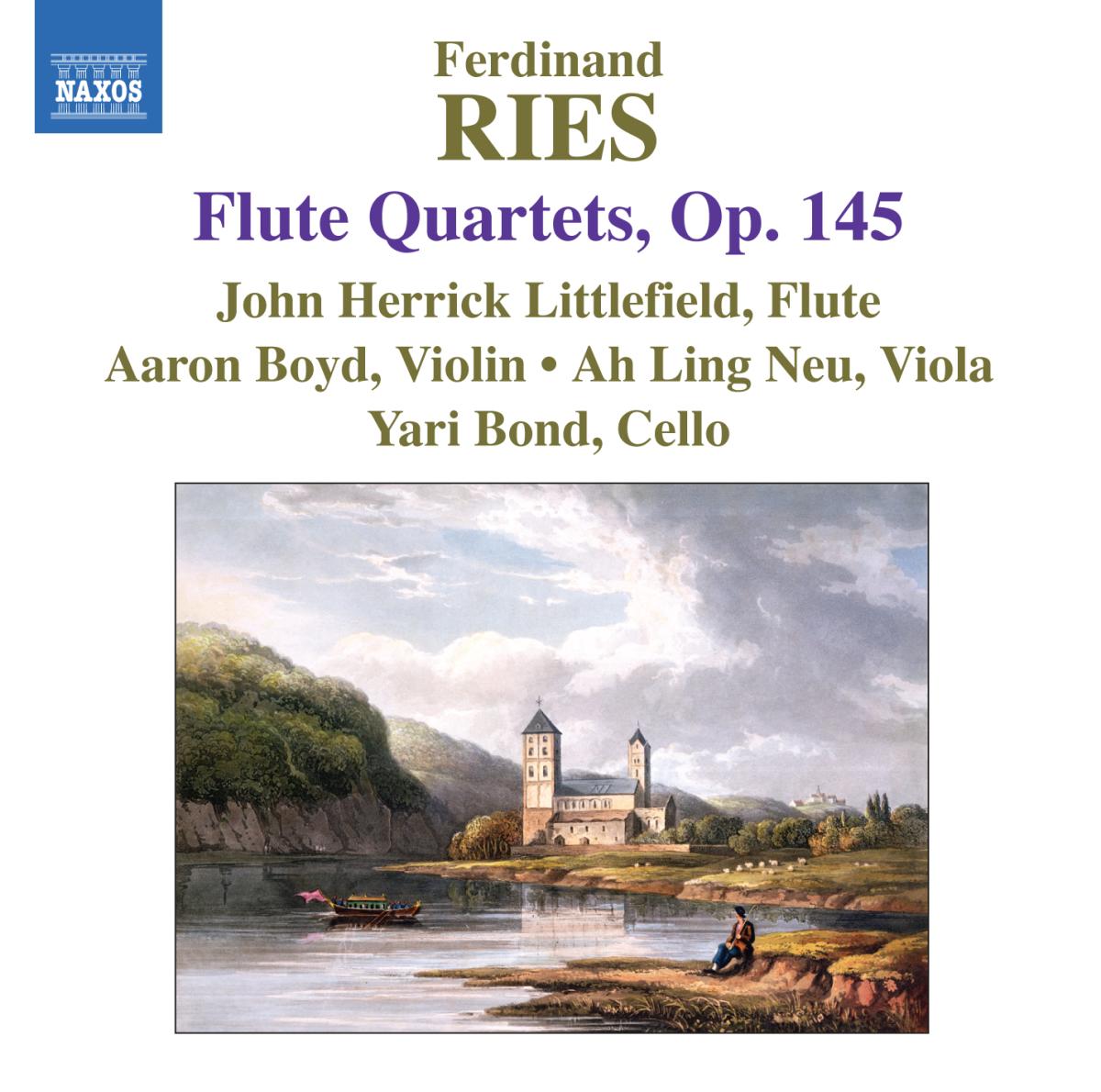 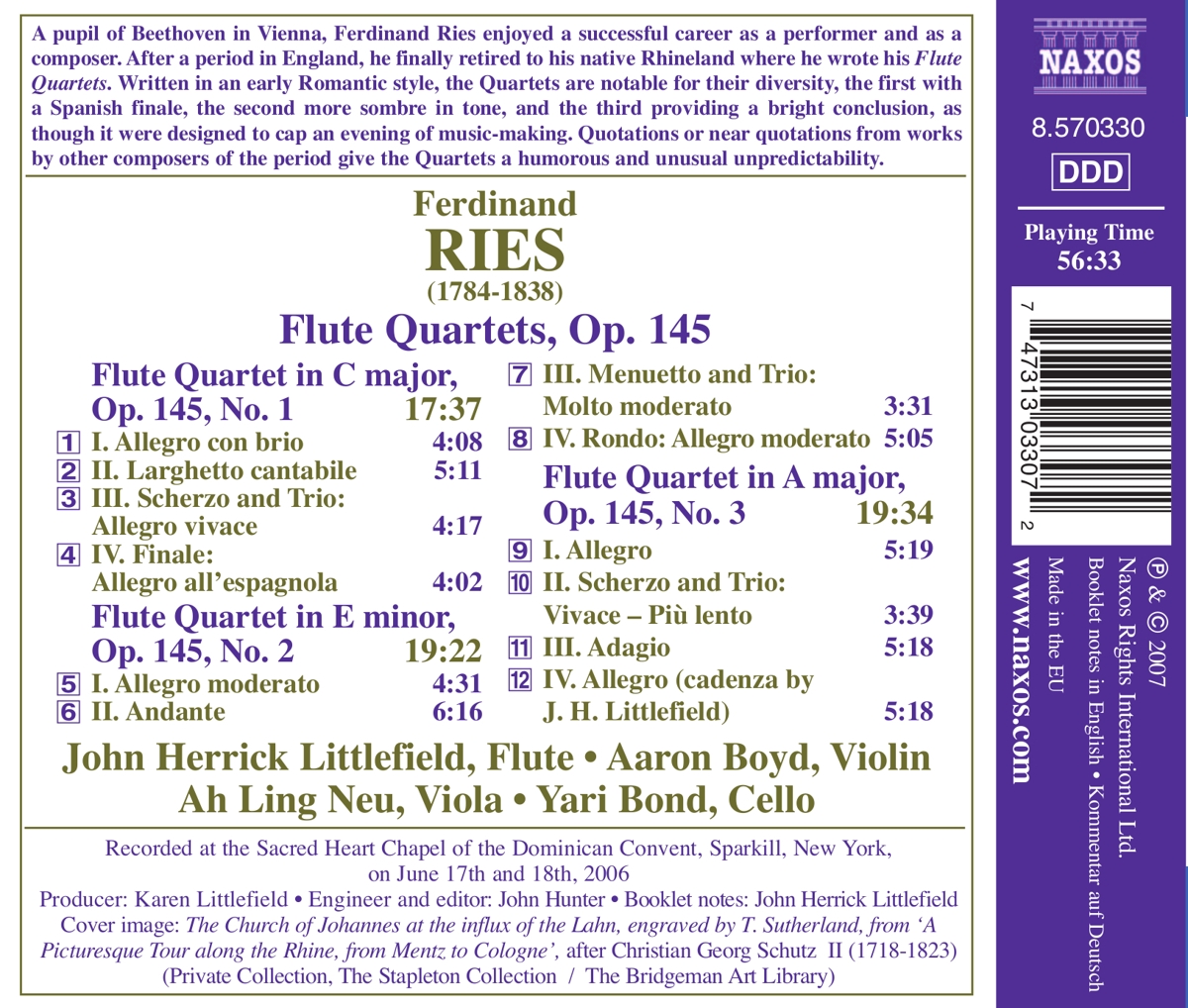 Bewertung:
umgehend lieferbar, Bestand beim Lieferanten vorhanden
EUR 9,99*
Versandkosten
A pupil of Beethoven in Vienna, Ferdinand Ries enjoyed a successful career as a performer and as a composer. After a period in England, he finally retired to his native Rhineland where he wrote his Flute Quartets. Written in an early Romantic style, the Quartets are notable for their diversity, the first with a Spanish finale, the second more sombre in tone, and the third providing a bright conclusion, as though it were designed to cap an evening of music-making. Quotations or near quotations from works by other composers of the period give the Quartets a humorous and unusual unpredictability.