Feodor Schaljapin - The Art of Vol.2 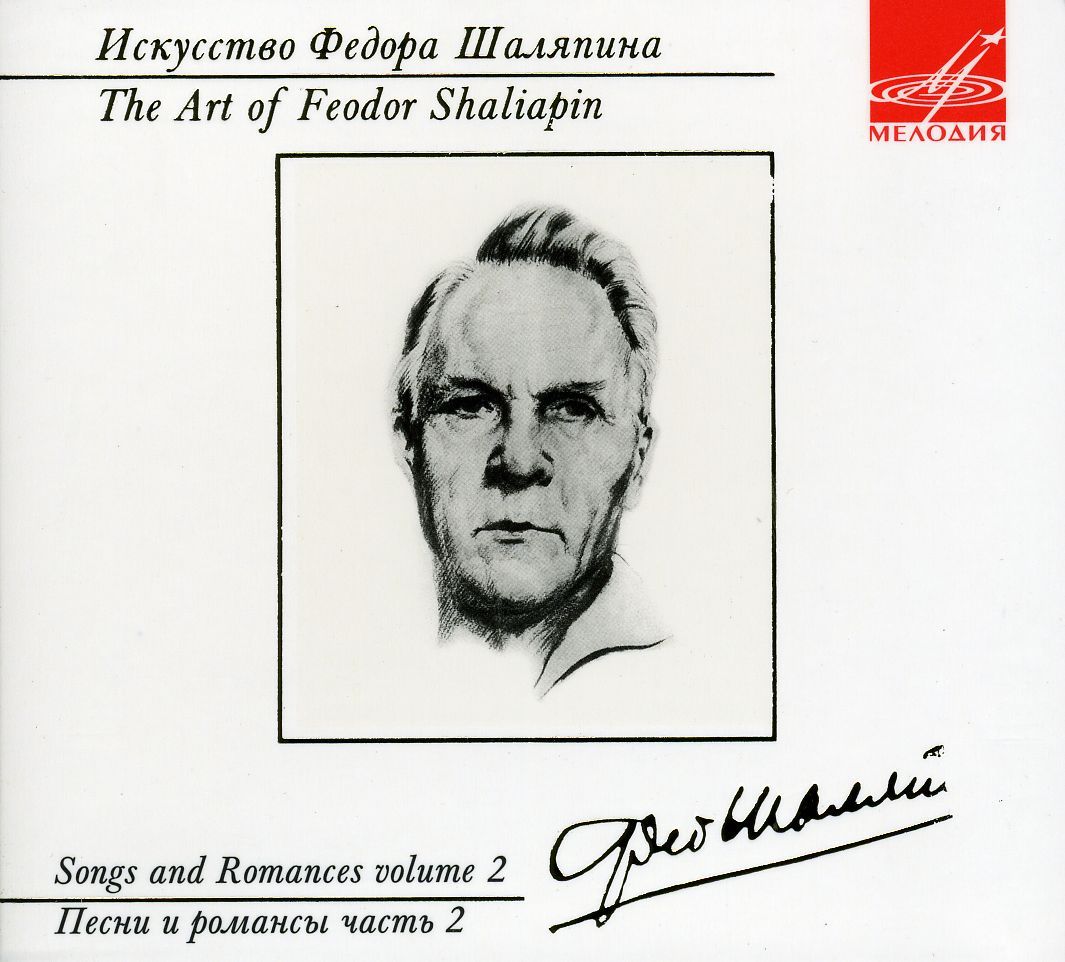 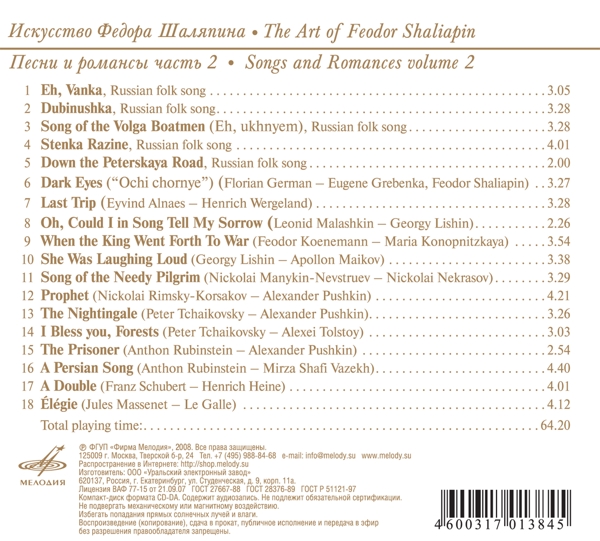 First of all, Feodor Shaliapin (1873–1938) belongs to the legendary singers of the world as an operatic singer. The stage of the opera house became his “creative laboratory” where he could bring to life unforgettable and salient images of his characters. He did it gradually and with great mastery in the course of the opera action. However, Shaliapin’s life story can’t be complete if we fail to mention his inimitable performance of Russian folk songs and romances. His numerous chamber recitals, which attracted huge mass of common people, amazed the audience with their beauty and truthfulness of the newly interpreted popular vocal pieces. Shaliapin’s repertoire included more than twenty Russian folk songs and a great deal of romances – he gave preference to the works of Glinka and Dargomizhsky, Arensky and A. Rubinstein, Sakhnovsky and Keneman, Rachmaninov and Tchaikovsky. Mussorgsky was out of question. It was not only Russian music that attracted Shaliapin’s attention. Many of his contemporaries noticed the singer’s talented and subtle penetration into intonation phrasing of Schubert’s “A Double”, Schuman’s “You are angry songs” and “I am not angry”. This proves that Shaliapin had an inborn feeling for understanding and conveying contents of any music.

According to Irena Shaliapina’s words her father loved Russian songs very much, at that he performed lyrical songs very sincerely. “Eh, Vanka” is a vivid example of this love – Shaliapin performed it without any accompaniment that was in old popular tradition. There is a special story connected with the popular song “Dubinushka”. Once, at the height of the events in 1905 he performed the song at the Bolshoi Theatre concert that was under the patronage of the sovereign. The court reacted immediately – Shaliapin received anonymous threatening letters. In spite of all his mental anguish and emotional experience he suffered after having performed it, Shaliapin liked this song and often finished his concerts with it suggesting the audience joining in singing.

B. Asafiev was right when he noticed that “there were two guidelines in Shaliapin’s chamber acting technique”. He either filled the contents of the songs with brilliant theatricality or refused from it for the sake of complete concentration on the emotional frame of mind of the works. Extremely vivid and bright portraits that astounded with their realism were born in the first case (“The Old Corporal” by Dargomizhsky or “Song about Flea” by Mussorgsky); in the second one the images were generally philosophic (Rimsky-Korsakov’s “Prophet”, Tchaikovsky’s “Nightingale”).

Shaliapin’s performance is beyond any imitation; it is even more difficult to imagine that somebody else could interpret those pieces in a different way. His mastery that was perfected by constant work of thought is convincing. “When I am singing the personified image is always in front of me. It is right in front of my eyes. I am singing and listening, acting and watching. I am never alone on the stage… There are two Shaliapins on the stage” (F. Shaliapin “Mask and Soul”).