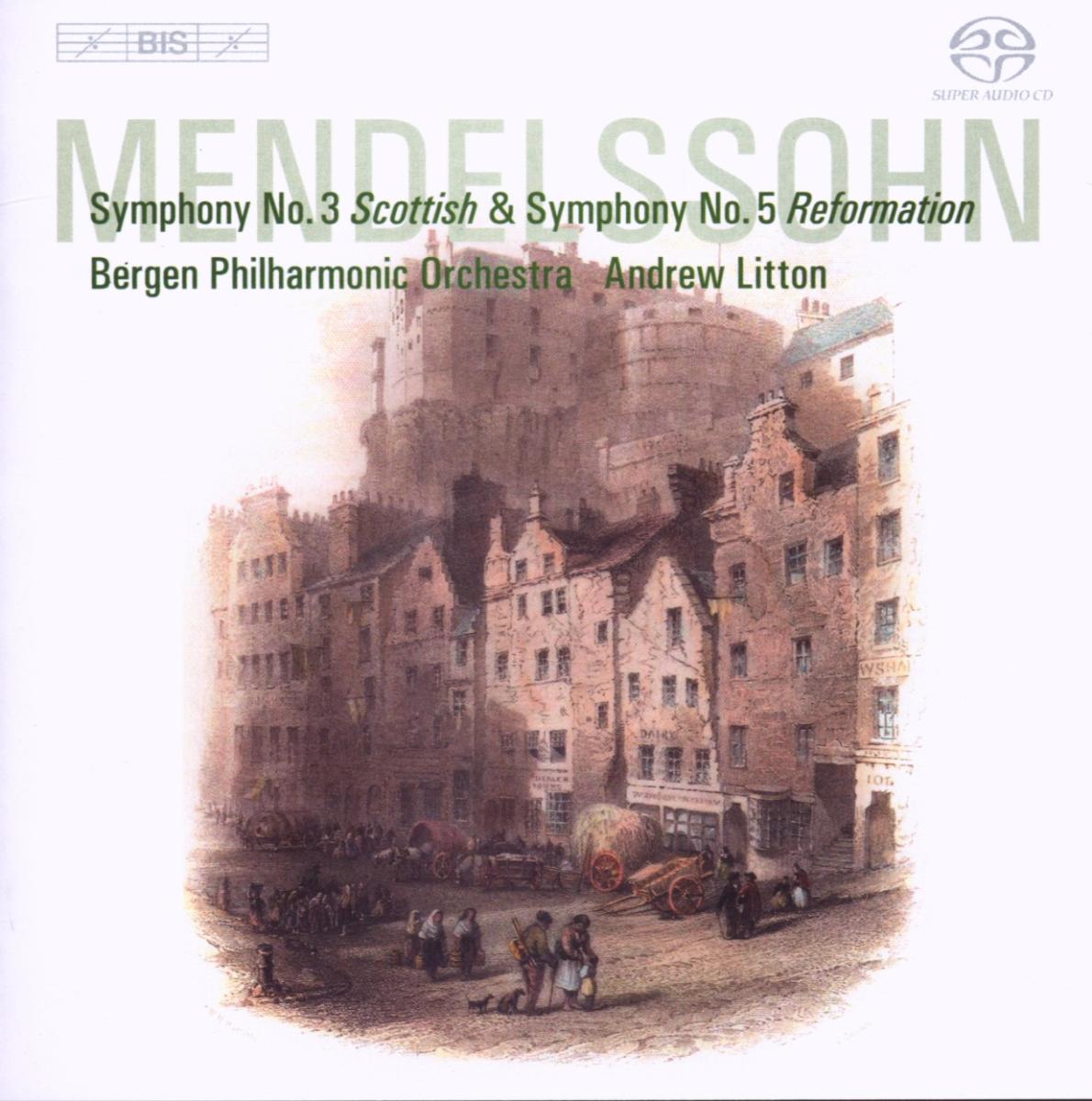 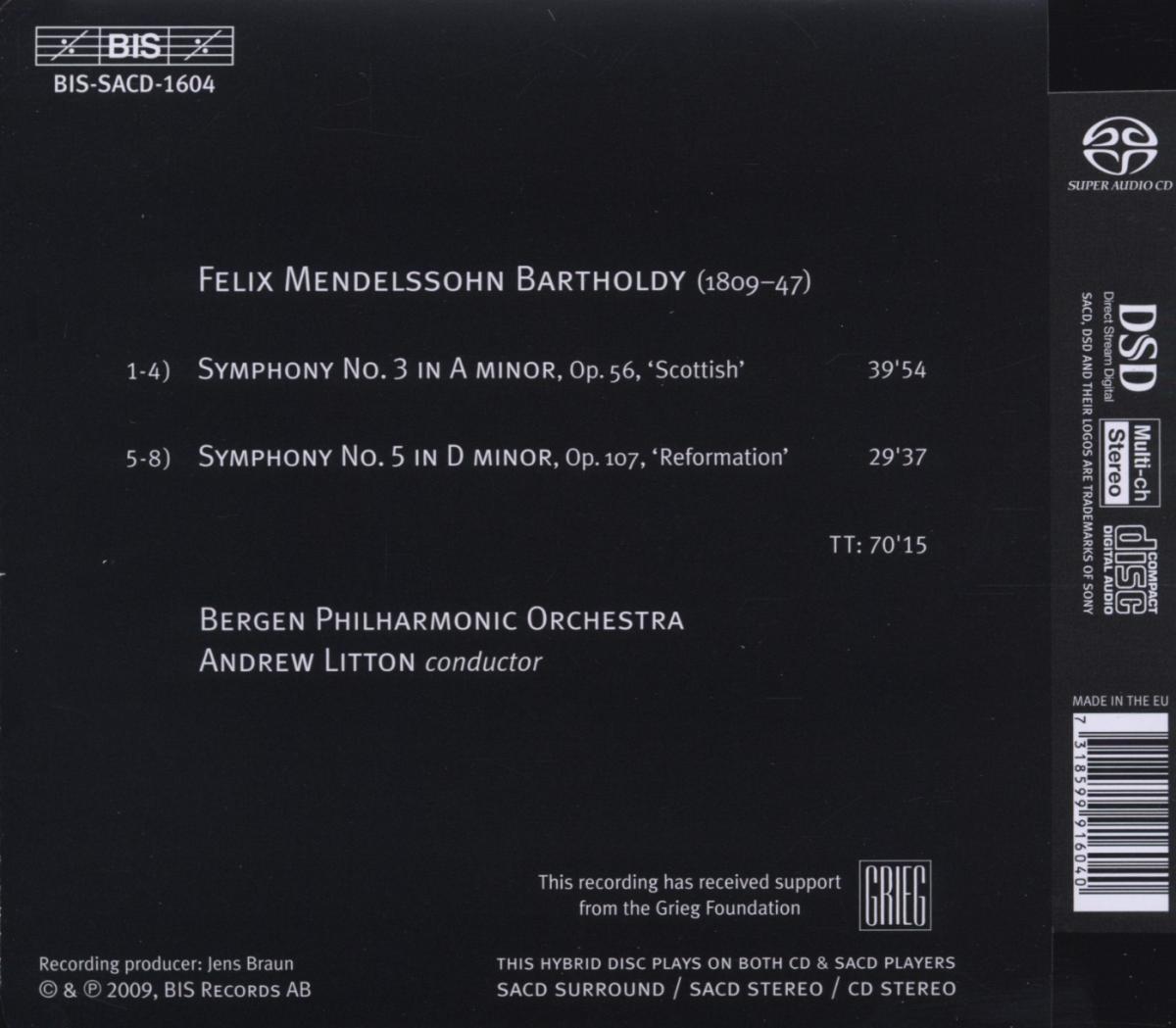 lieferbar innerhalb einer Woche
(soweit verfügbar beim Lieferanten)
EUR 19,99*
Versandkosten
Celebrating the 200th anniversary of Felix Mendelssohn's birth in 1809, Bergen Philharmonic Orchestra and their music director Andrew Litton have recorded a three-disc survey of the composer's symphonies. This final disc in the series opens with the 'Scottish' Symphony (No. 3), conceived during the composer's visit to what was at the time regarded as the Romantic retreat par excellence, celebrated in literature as the retreat of solitary heroes amid the rugged Highland scenery. From Edinburgh Mendelssohn wrote to his parents: 'At dusk we went today to the palace where Mary Stuart lived and loved. Everything there lies rotten and in ruins; the clear daylight shines right in. I think that today I found the beginning of my Scottish Symphony.' It would take him many years to complete what was begun that day in 1829, however, for the symphony was not ready until 1842 - actually more than 12 years after the 'Reformation' Symphony, even though this carries a higher opus number. The reason for this confusing state of affairs is that Mendelssohn was less than happy with the work he wrote for the 1830 celebrations of the Lutheran Reformation, and therefore refused to let it be published in his lifetime. Both works contain references to their stated subjects - the Scottish-sounding 'folk tune' in the finale of the Third Symphony, the use of Luther's chorale 'Ein' feste Burg' in that of the Fifth - but they also share the musical lightness of touch and the inventiveness that have made Mendelssohn a favourite with concert audiences for close to two centuries. These qualities are mirrored in the performances of Litton and the Bergen PO, whose recording of Symphony No. 2, 'Lobgesang', earlier this year was described in a review in Financial Times as 'suitably glowing', with its emphasis 'on mercurial invention and spontaneity'.