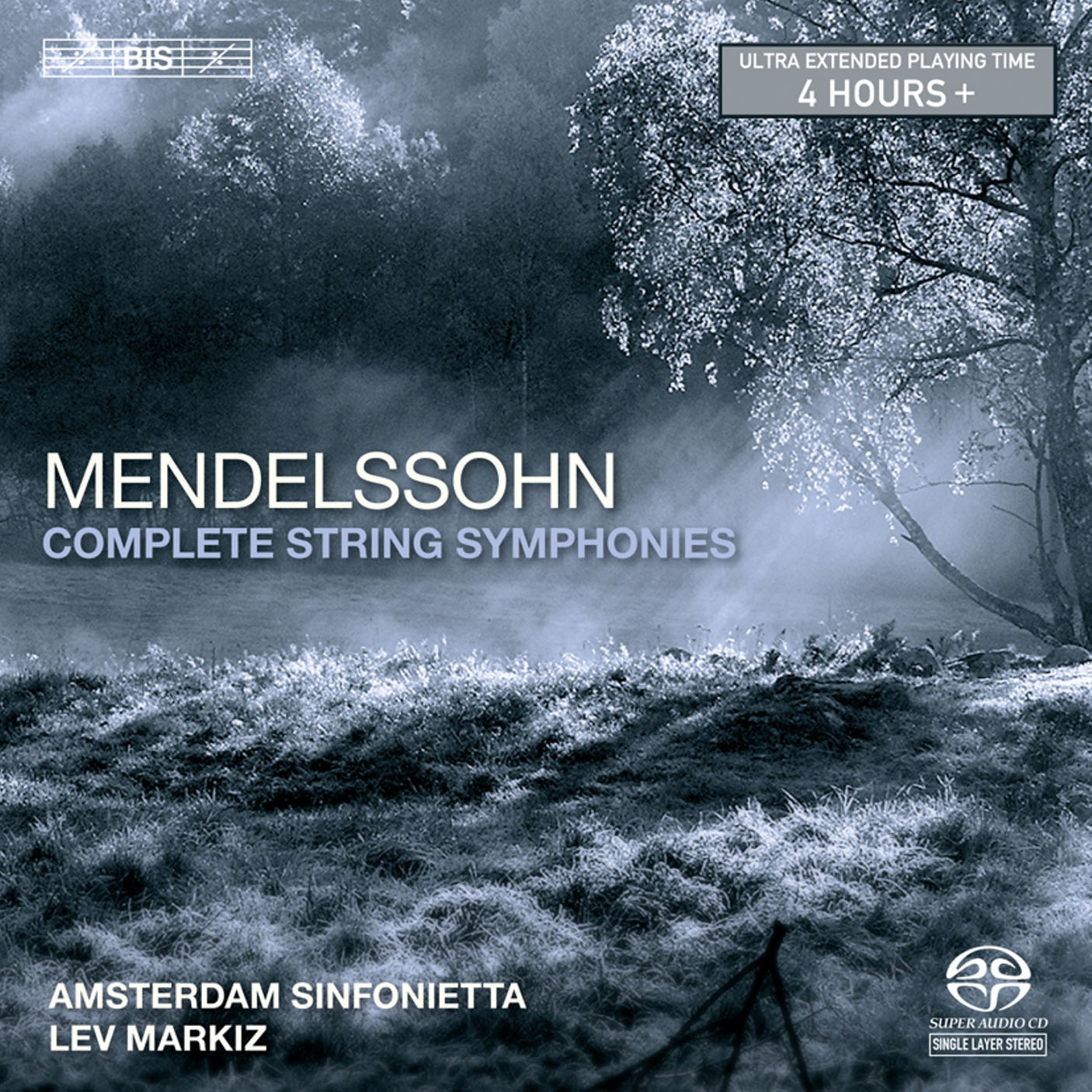 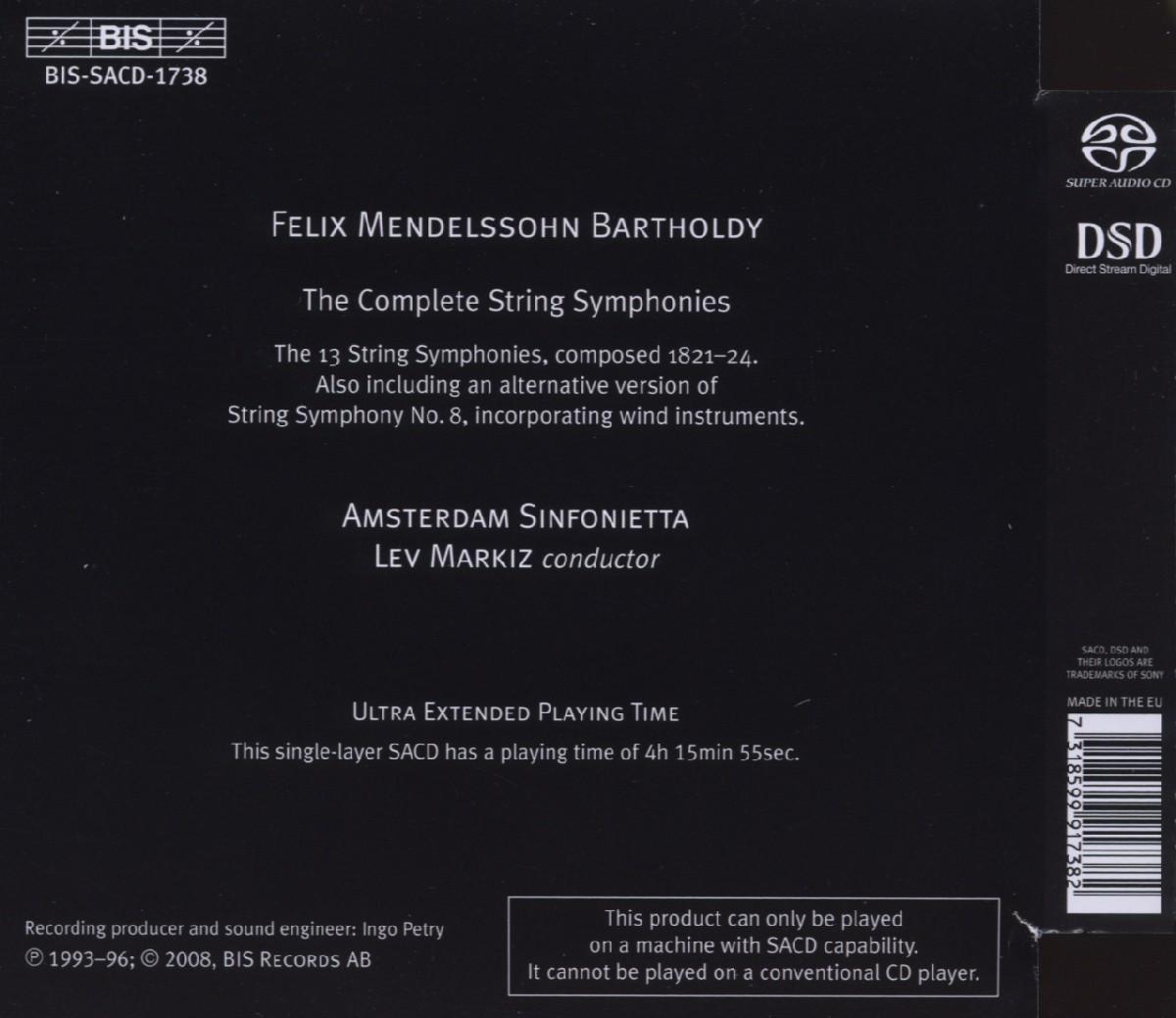 ***Single-Layer SACD.Diese Stereo-SACD ist nur auf SACD-Playern abspielbar und enthält über 4 Stunden Musik.
By using the superior storage capacity of the Super Audio CD exclusively for stereo content, and not include the usual surround mix, it is possible to produce discs with a playing time much in excess of the common CD. BIS has made use of this option before, releasing the complete organ music by Bach – with a duration of more than 20 hours! – as a five-disc set (BIS-SACD-1527 / 28). Now the turn has come to Mendelssohn, and his thirteen String Symphonies, originally released between 1993 and 1997 on four CDs, but here collected on a single SACD.

These exuberant works were all composed between 1821 and 1824, by a composer who had not yet turned 15. They were performed in the Mendelssohn family residence in Berlin, at Sunday concerts during which musicians from the court orchestra performed and the young Felix and his sister Fanny would appear as soloists when called upon. The opportunity to trace the development of an extremely talented prodigy into a confident composer makes this collection highly interesting. But first and foremost it is a source of tremendous pleasure, with delightful music incorporating influences from Mozart and Haydn, as well as from the Baroque up to and including C. P.E. Bach in expert performances by the Amsterdam Sinfonietta (formerly known as Nieuw Sinfonietta Amsterdam) and Lev Markiz. As described at the time of the original release by the reviewer in Gramophone it consists of ‘life-enhancing music from the adolescent fast on his way to such miracles as the Octet and Overture to A Midsummer Night’s Dream. And performances to match from a group with brilliance of execution and beautiful even tone as a starting-point for the classical athletic grace, joie de vivre, and often striking ideas.’