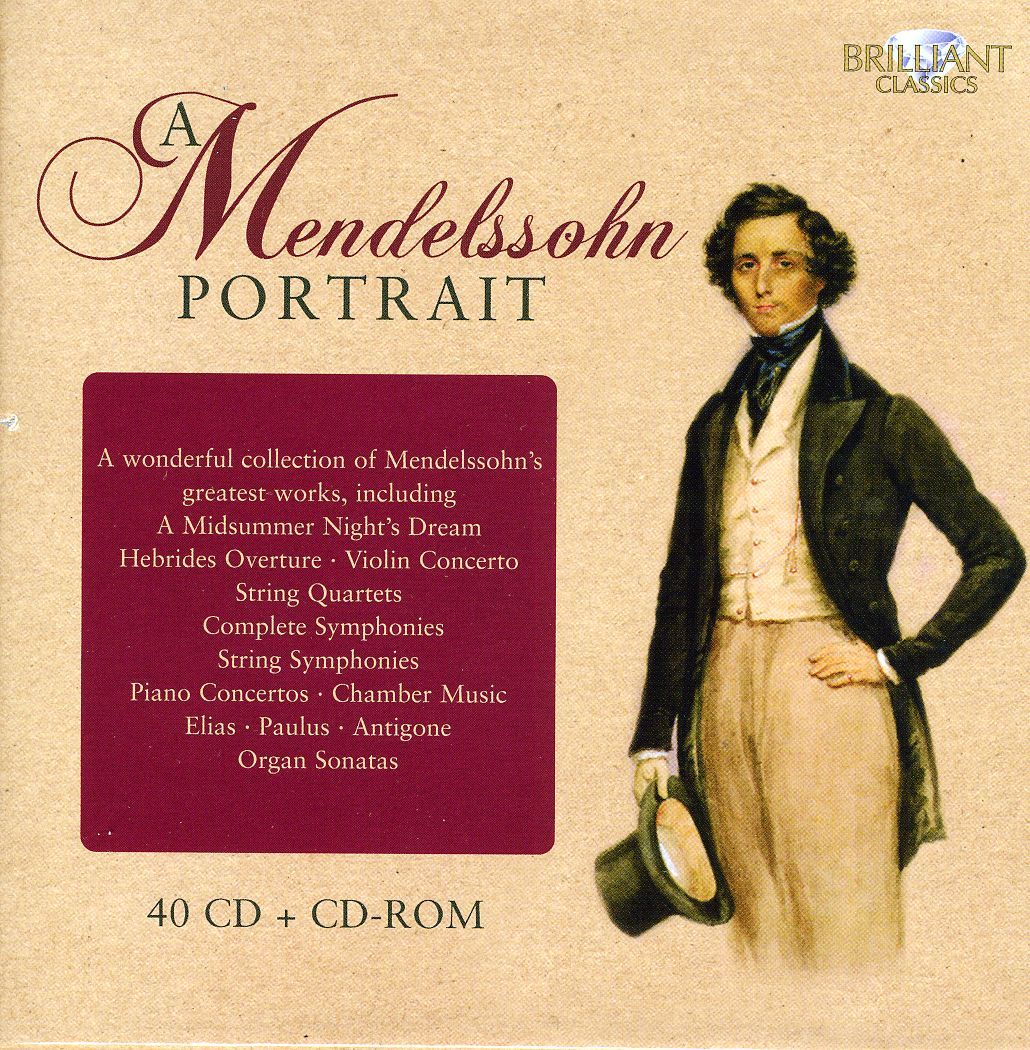 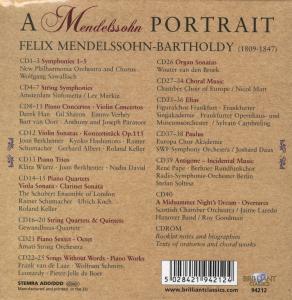 Probably no composer other than Mozart displayed such a prodigious talent in childhood as that displayed by the young Mendelssohn. His early-flowering genius made him something of a phenomenon, and this saw his stature in adulthood rise to equal (rightly so) that of the greats - Bach, Beethoven and of course, Mozart. This was followed by the inevitable decline in reputation. His comfortable upper middle class upbringing in a Berlin banking family (that included philosopher Moses Mendelssohn) hardly fitted the late-19th-century image of the struggling and tortured soul of the Romantic artist.

The effects of perversions of the Nazi German regime which banned his music as he was a Jew almost sealed his fate apart from the affection held by performers for a handful of his works. But Mendelssohn is so much more than the composer of the Scottish and Italian Symphonies, the Violin Concerto and the oratorio Elijah.

The music on these 40CDs reveals not only his youthful precociousness as heard in the Octet composed at the age of 16 and a work of pure genius – the piano concertos display superb craftsmanship and brilliance of technique. The string quartets are seriously underrated works, and reveal Mendelssohn's deep appreciation of Beethoven's quartets. These are masterful works that repay closer acquaintance.

Mendelssohn today is rightfully considered one of the great composers and the works in this superb anthology gets to the heart and soul of a man over-praised during his life and for too long under-appreciated in death.