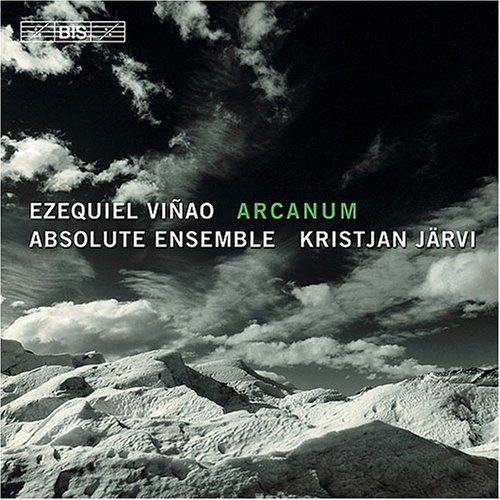 Arcanum (Latin for a deep secret or mystery) is a work which takes the listener on a journey through the Bible, the Underworld, the Middle Ages and beyond in search of God, only to discover that divinity is in fact everywhere. Written in 1996, it was conceived in memory of a friend of Argentinian-born composer Ezequiel Viñao (b. 1960). The work, in two parts, is a meditation on the concept of time itself and the nature of knowledge. In it the composer examines the development of early thought, using material from philosophers and composers alike. The often very brief texts, from the Bible and the works of Parmenides, Virgil, Augustine and others, are set to music inspired by sources scattered over nine hundred years: from early mozarabic chant to late medieval and renaissance composers such as Machaut and Gesualdo, and including influences from Persian and Hindustani music.

Our guides on the Arcanum journey are the Absolute Ensemble and Kristjan Järvi, a team which has chosen to integrate, rather than segregate music. The group fuses its classical roots with everything from jazz and rock to world and hip hop, often working with eminent guests from various genres. For this work 11 Absolute members – playing the oboe, trombones, strings and percussion (including tabla-drums) – are joined by soprano Janet Youngdahl in creating unforgettable soundscapes.