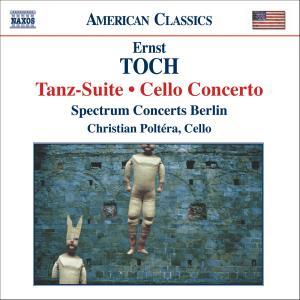 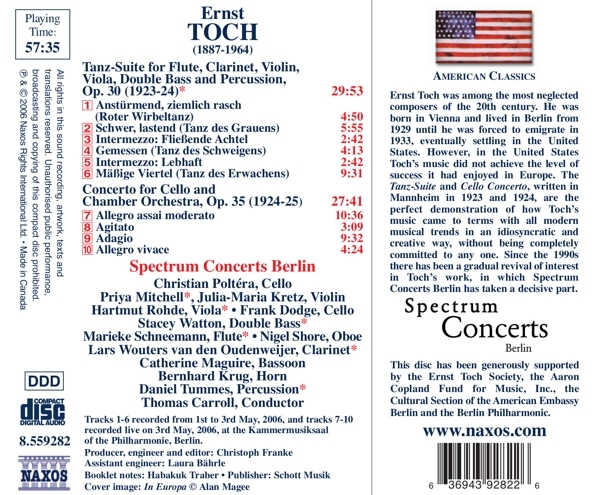 Bewertung:
Artikel am Lager
EUR 9,99*
Versandkosten
Ernst Toch was among the most neglected composers of the 20th century. He was born in Vienna and lived in Berlin from 1929 until he was forced to emigrate in 1933, eventually settling in the United States. However, in the United States Toch's music did not achieve the level of success it had enjoyed in Europe. The Tanz-Suite and Cello Concerto, written in Mannheim in 1923 and 1924, are the perfect demonstration of how Toch's music came to terms with all modern musical trends in an idiosyncratic and creative way, without being completely committed to any one. Since the 1990s there has been a gradual revival of interest in Toch's work, in which Spectrum Concerts Berlin has taken a decisive part.