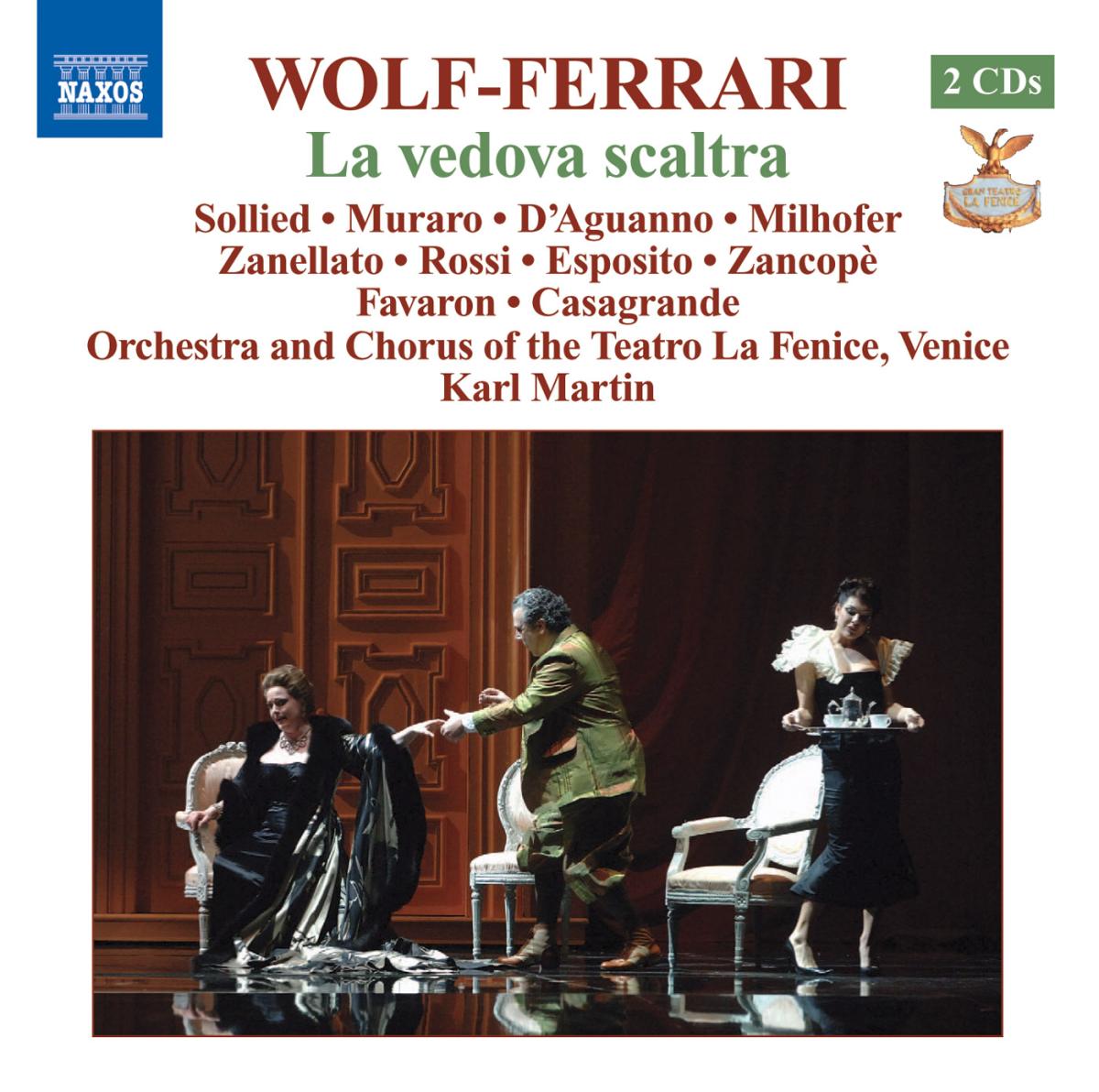 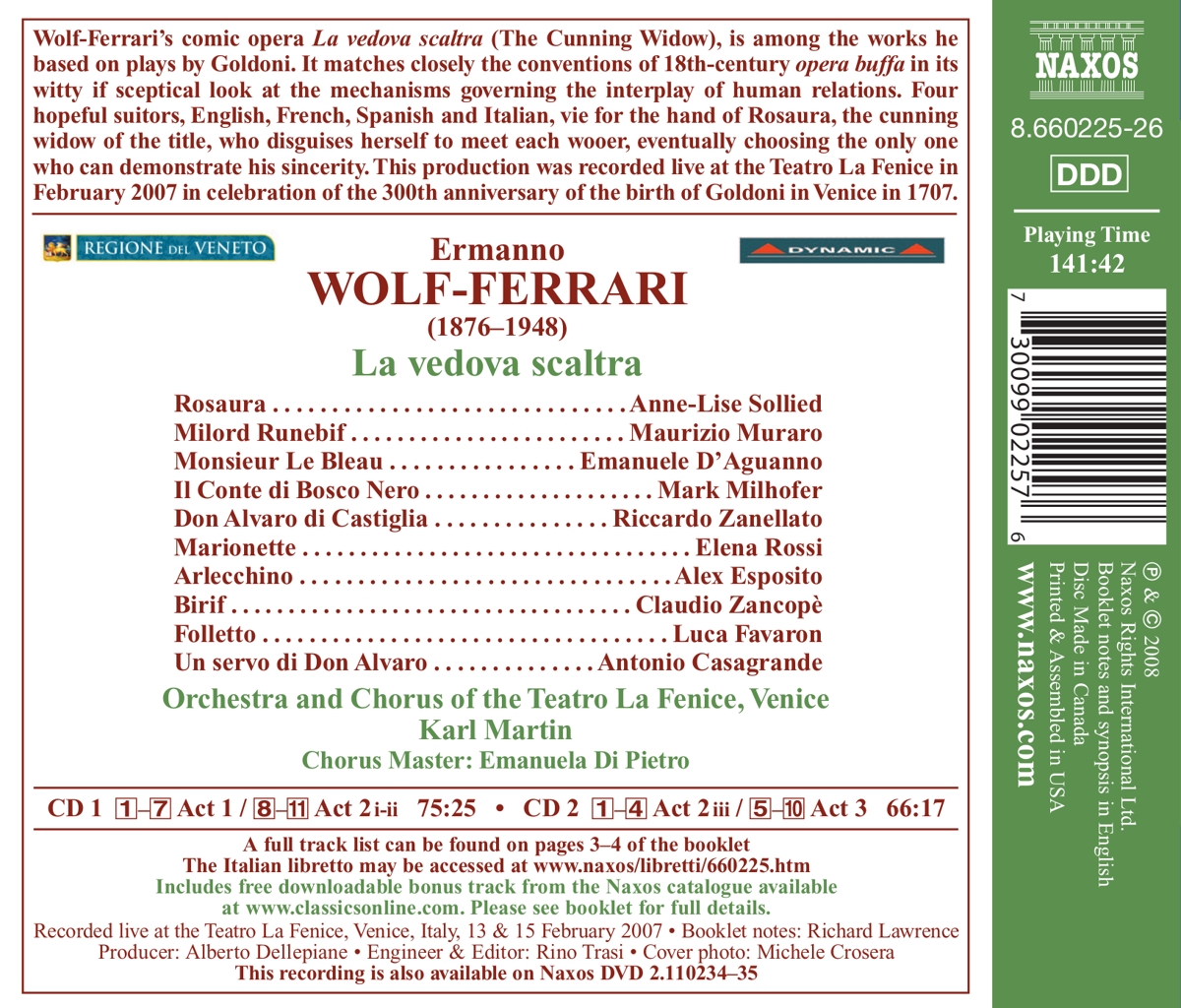 Wolf-Ferrari's comic opera La vedova scaltra (The Cunning Widow), is among the works he based on plays by Goldoni. It matches closely the conventions of 18th-century opera buffa in its witty if sceptical look at the mechanisms governing the interplay of human relations. Four hopeful suitors, English, French, Spanish and Italian, vie for the hand of Rosaura, the cunning widow of the title, who disguises herself to meet each wooer, eventually choosing the only one who can demonstrate his sincerity. This production was recorded live at the Teatro La Fenice in February 2007 in celebration of the 300th anniversary of the birth of Goldoni in Venice in 1707.