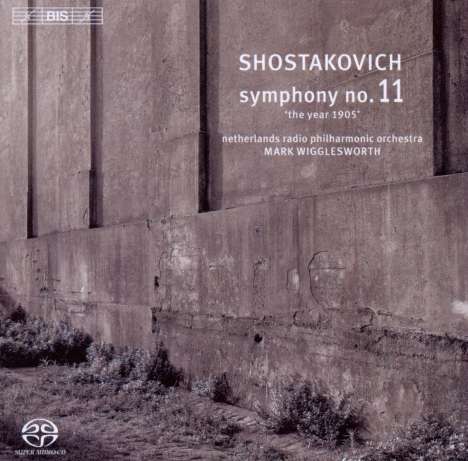 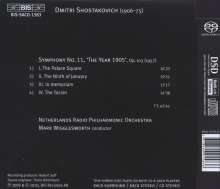 lieferbar innerhalb 1-2 Wochen
(soweit verfügbar beim Lieferanten)
EUR 19,99*
Verlängerter Rückgabezeitraum bis 31. Januar 2023
Alle zur Rückgabe berechtigten Produkte, die zwischen dem 1. bis 31. Dezember 2022 gekauft wurden, können bis zum 31. Januar 2023 zurückgegeben werden.
Versandkosten
Described in the BBC Music Magazine as 'the finest Shostakovich interpreter of his generation', Mark Wigglesworth began his cycle of Shostakovich's symphonies with the BBC National Orchestra of Wales, continuing since 2005 on the other side of the English Channel with the Netherlands Radio Philharmonic Orchestra. Previous volumes have all been warmly received by reviewers, who among the ten symphonies released so far have discovered a 'Fourth that makes a terrific impact' (Daily Telegraph), a Tenth 'to rival the very best' (Gramophone), a Twelfth which is 'simply masterly' (Scherzo, Spain), 'probably the most convincing Thirteenth to have appeared in the West' (International Record Review), and 'one red-hot Shostakovich Fourteen' (ClassicsTody. com). The cycle as a whole has been described as having the 'particular characteristics of high seriousness, fine detailing and a certain fierceness of articulation' (Gramophone) as well as benefiting from engineering which is 'outstanding in its naturalness, brilliance, and impact' (ClassicsToday. com). On the latest instalment in this series, Wigglesworth and the Netherlands Radio Philharmonic Orchestra perform the composer's Symphony No. 11 'The Year 1905', commissioned by the Soviet authorities in order to commemorate the events on the so-called Bloody Sunday, in January 1905. This massacre of peaceful demonstrators by the tsar's Imperial Guard inflamed popular feeling, thus contributing to the 1905 Revolution and laying the foundations for the Revolution of 1917. In the symphony these historical aspects come to light through the movement titles ('The Palace Square' etc) and in Shostakovich's use of several revolutionary songs throughout it. It has nevertheless been suggested that the emotional impetus for the composer may actually have been the use of Soviet tanks to put down another, more recent popular uprising, that which took place in Budapest in 1956. In his own liner notes Mark Wigglesworth discusses this possibility, concluding that 'Shostakovich writes about emotions and states of mind, rather than specific dates . That is why his music remains both timeless and topical.'