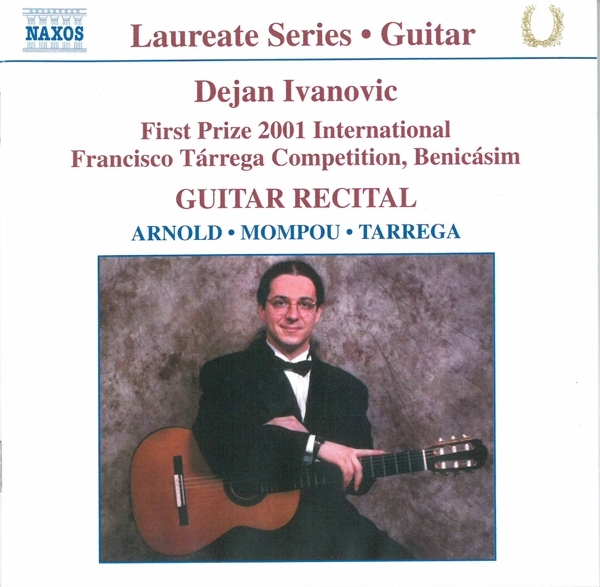 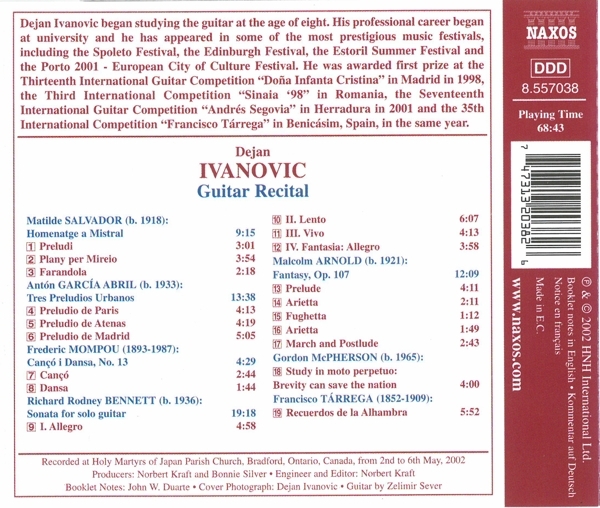 lieferbar innerhalb 1-2 Wochen
(soweit verfügbar beim Lieferanten)
EUR 9,99*
Versandkosten
Dejan Ivanovic began studying the guitar at the age of eight. His professional career began at university and he has appeared in some of the most prestigious music festivals, including the Spoleto Festival, the Edinburgh Festival, the Estoril Summer Festival and the Porto 2001 - European City of Culture Festival. He was awarded first prize at the Thirteenth International Guitar Competition Doña Infanta Cristina" in Madrid in 1998, the Third International Competition "Sinaia '98" in Romania, the Seventeenth Internatonal Competition "Francisco Tárrega" in Benicásim, Spain, in the same year."