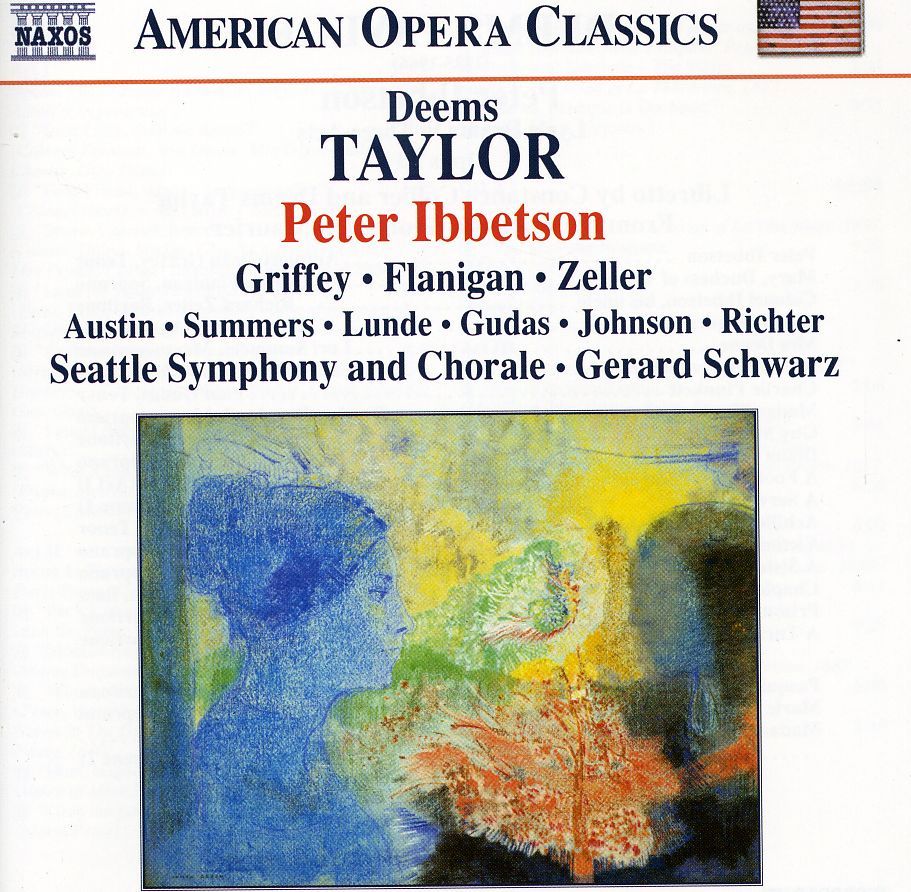 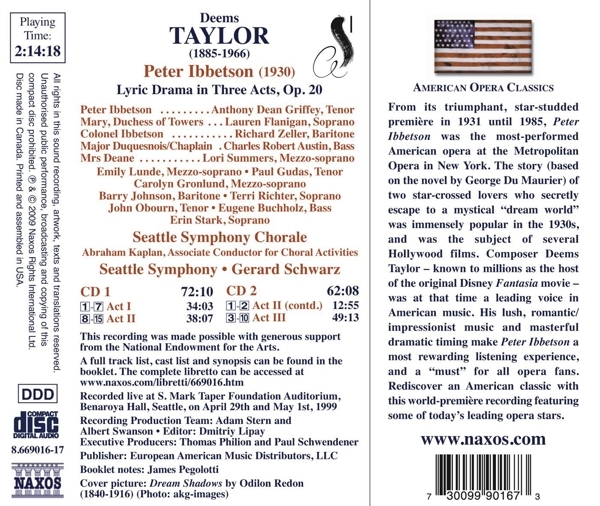 Bewertung:
lieferbar innerhalb einer Woche
(soweit verfügbar beim Lieferanten)
EUR 17,99*
Versandkosten
From its triumphant, star-studded première in 1931 until 1985, Peter Ibbetson was the most-performed American opera at the Metropolitan Opera in New York. The story (based on the novel by George Du Maurier) of two star-crossed lovers who secretly escape to a mystical »dream world« was immensely popular in the 1930s, and was the subject of several Hollywood films. composer Deems Taylor-known to millions as the host of the original Disney Fantasia movie-was at that time a leading voice in American music. His lush, romantic / impressionist music and masterful dramatic timing make Peter Ibbetson a most rewarding listening experience, and a »must« for all opera fans. Rediscover an American classic with this world-première recording featuring some of today's leading opera stars.