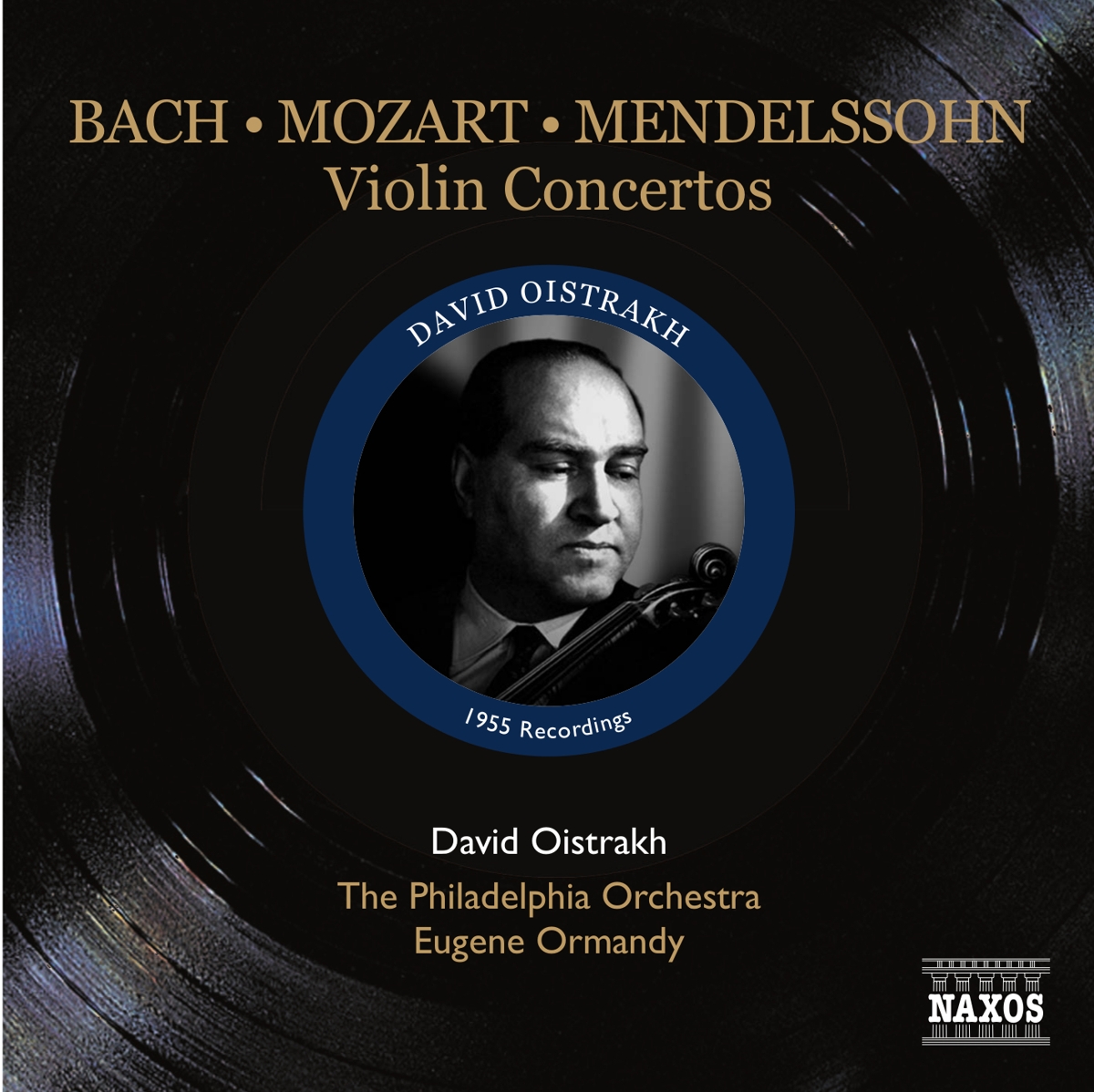 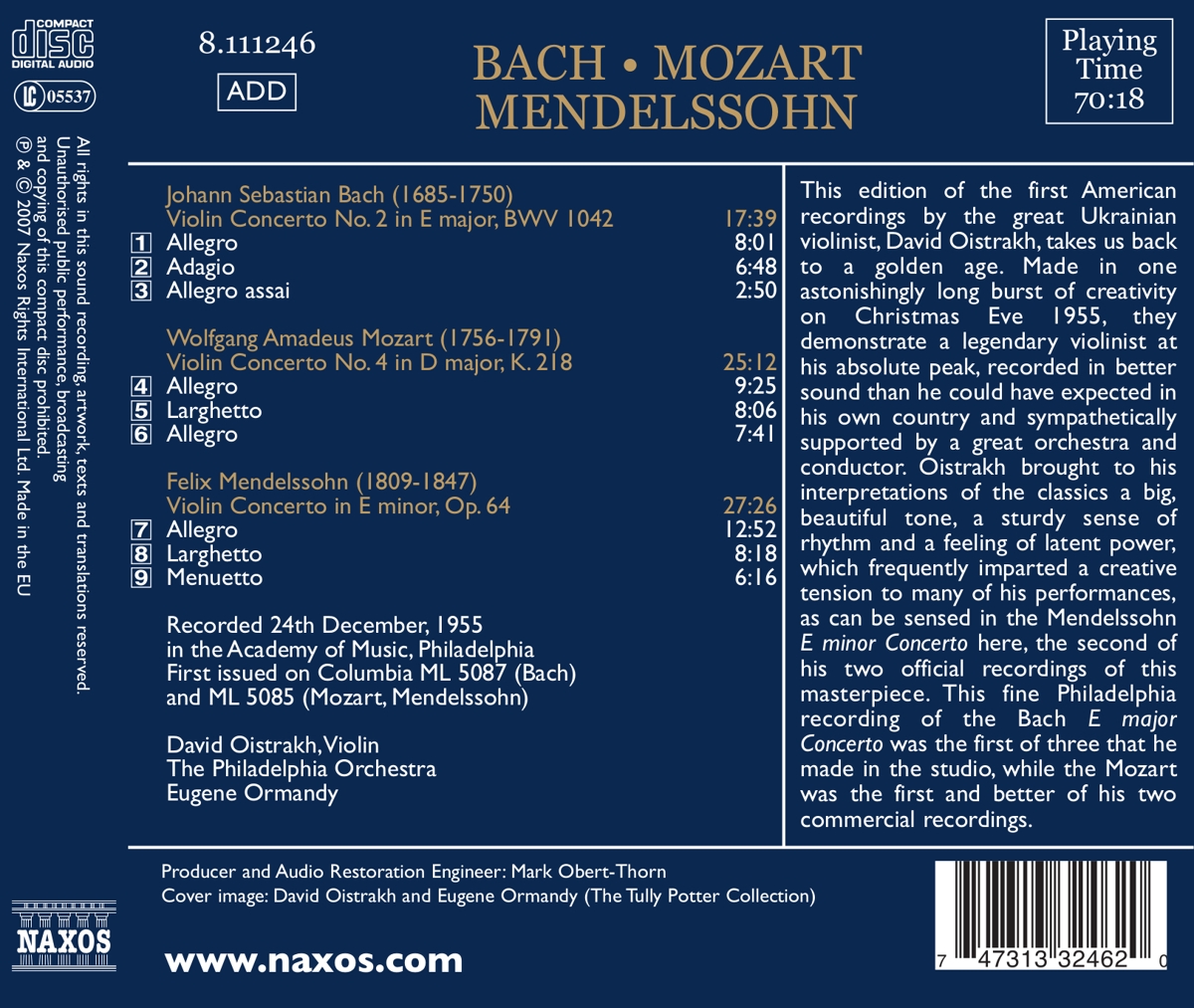 This edition of the first American recordings by the great Ukrainian violinist, David Oistrakh, takes us back to a golden age. Made in one astonishingly long burst of creativity on Christmas Eve 1955, they demonstrate a legendary violinist at his absolute peak, recorded in better sound than he could have expected in his own country and sympathetically supported by a great orchestra and conductor. Oistrakh brought to his interpretations of the classics a big, beautiful tone, a sturdy sense of rhythm and a feeling of latent power, which frequently imparted a creative tension to many of his performances, as can be sensed in the Mendelssohn E minor Concerto here, the second of his two official recordings of this masterpiece. This fine Philadelphia recording of the Bach E major Concerto was the first of three that he made in the studio, while the Mozart was the first and better of his two commercial recordings.