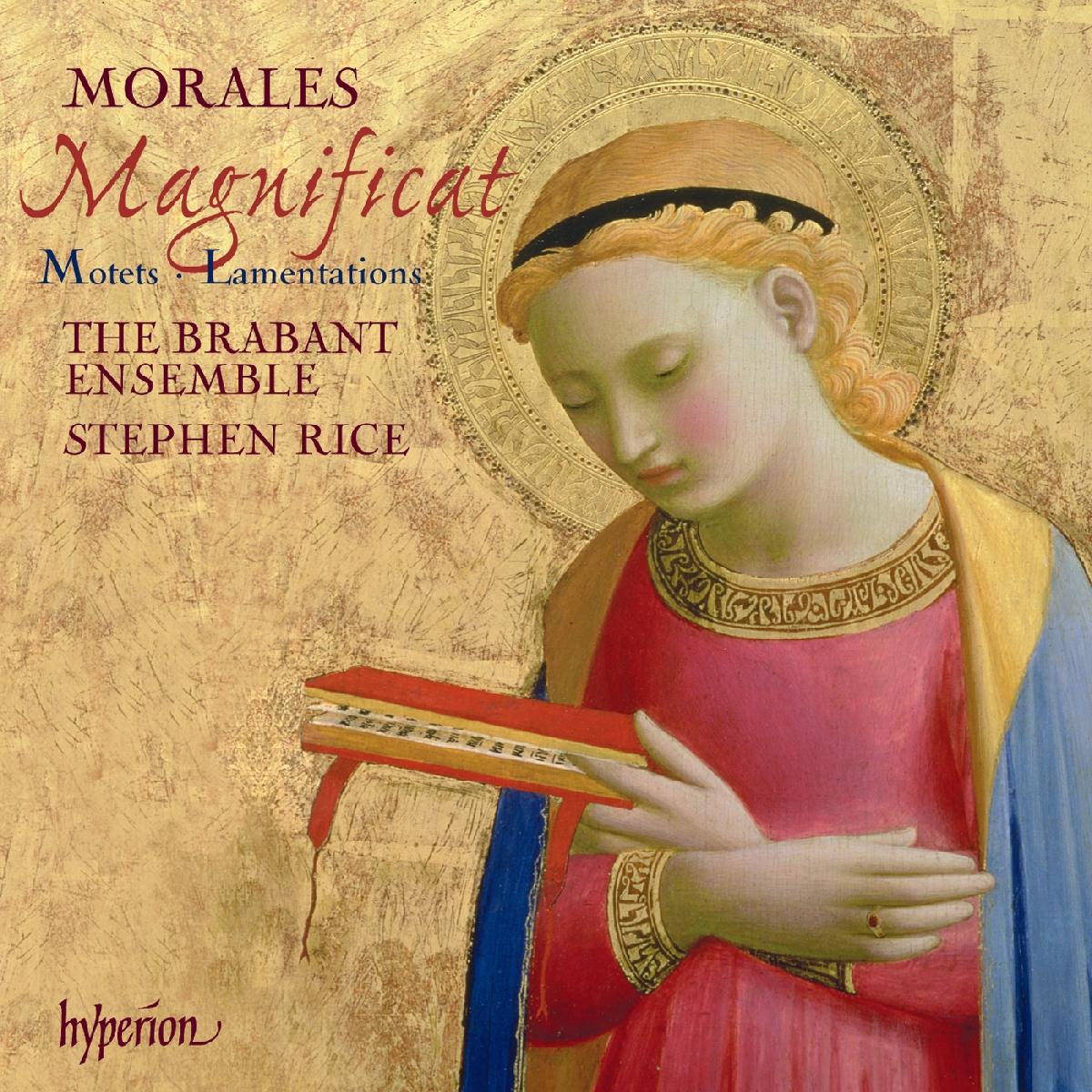 Morales was the first Spanish composer to achieve true international fame, and was described by contemporaries as ‘the light of Spain in music’. Although he is relatively well-represented in recordings, a few pieces have attracted the attention of performers at the expense of the majority of his output. This recording aims to begin filling that gap by presenting works which are so far underexposed, yet which are of extremely high quality.

The longest work on this disc is the Magnificat primi toni. In 1542 Morales wrote a set of eight Magnificats (one in each of the ‘tones’—‘keys’, in modern terms). The prevailing liturgy of the day, however, required the canticle to be sung alternatim, with alternate verses sung to plainchant; to adhere to this, and perhaps to double his earnings, Morales split his compositions in half for publication—apparently two Magnificats per ‘tone’, each with half the verses only set to music. And so it has remained to this day. This is the first recording of any of Morales’s Magnificats to present the entire work as the composer originally intended.

The Brabant Ensemble and Stephen Rice are rapidly confirming themselves as major contenders in the field of Renaissance polyphony. Their performances and recordings are praised both for the integrity of their scholarship and also for their unique vocal balance. This is the group’s fourth recording for Hyperion, and one which we expect to be as favourably received as have been their discs of Crecquillon, Manchicourt and Gombert.

'Music of astonishing beauty and rapt polyphonic intensity, which the voices of the Brabant Ensemble unfold with perfect poise' (The Guardian)

'This is the Brabant Ensemble at their most vigorous and confident … In a fast-growing discography, this is a valuable addition' (Gramophone)

'The Magnficat setting glows with power, and the three Lamentations have a grave beauty impossible to resist with the radiant tone and golden blend of Stephen Rice's Brabant Ensemble. The wise selection focuses on material underexposed elsewhere' (The Times)

'This first-rate recording makes an important contribution not only for its exceptional performances, but in its thoughtful programming… Essential' (ClassicsToday. com)