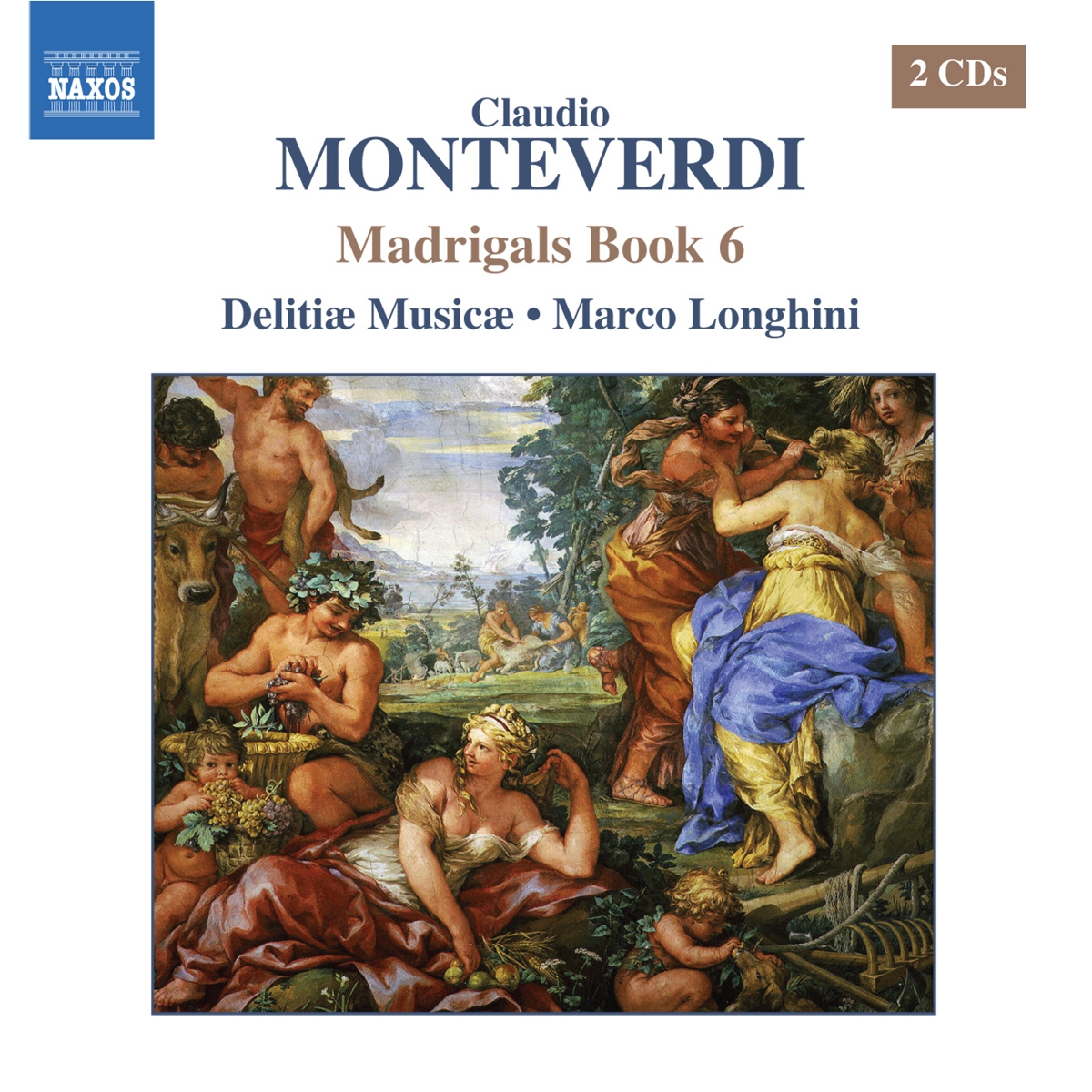 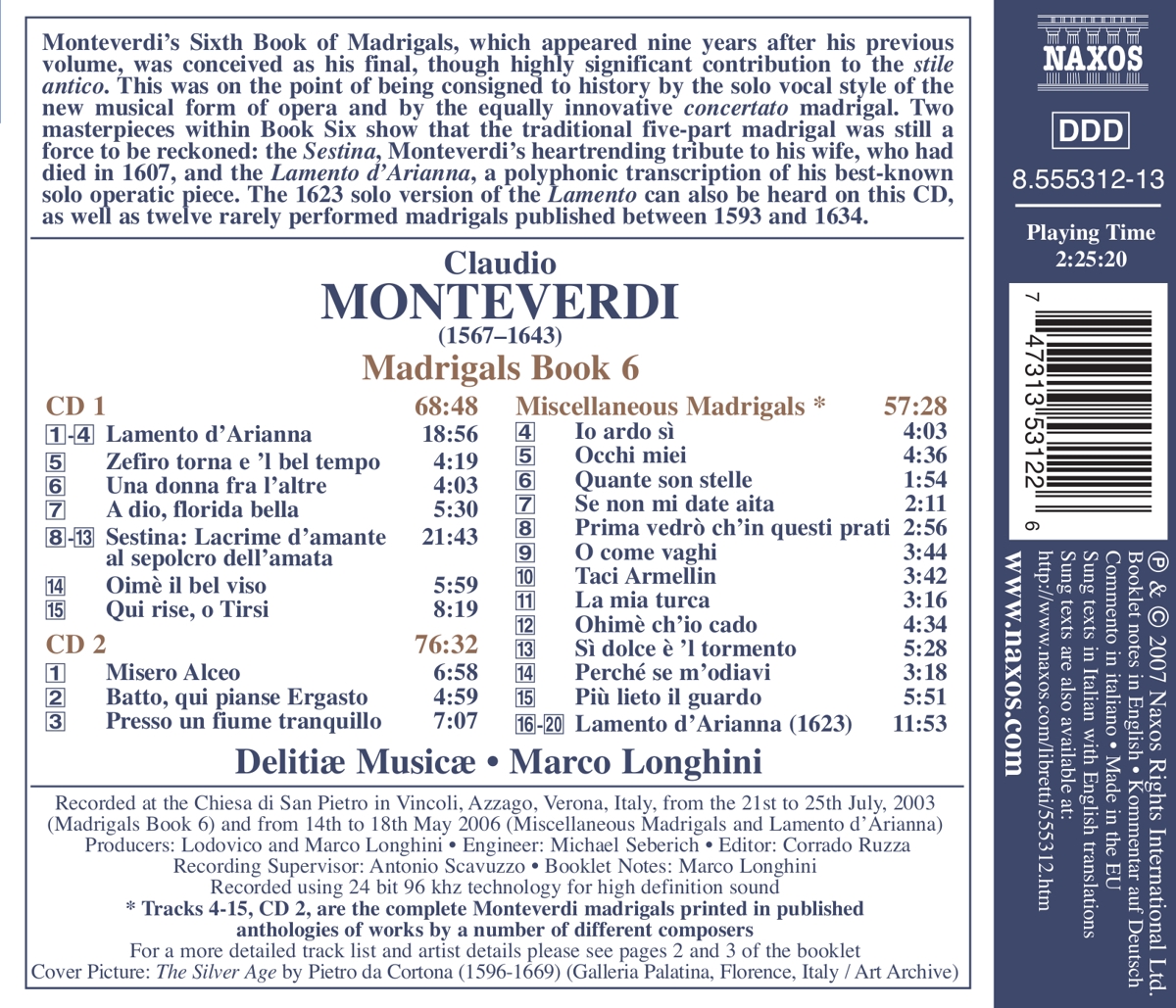 Bewertung:
Artikel am Lager
-70%
EUR 16,99**
EUR 4,99*
Naxos Vielfalt supergünstig
Monteverdi's Sixth Book of Madrigals, which appeared nine years after his previous volume, was conceived as his final, though highly significant contribution to the stile antico. This was on the point of being consigned to history by the solo vocal style of the new musical form of opera and by the equally innovative concertato madrigal. Two masterpieces within Book Six show that the traditional five-part madrigal was still a force to be reckoned: the Sestina, Monteverdi's heartrending tribute to his wife, who had died in 1607, and the Lamento d'Arianna, a polyphonic transcription of his best-known solo operatic piece. The 1623 solo version of the Lamento can also be heard on this CD, as well as twelve rarely performed madrigals published between 1593 and 1634.