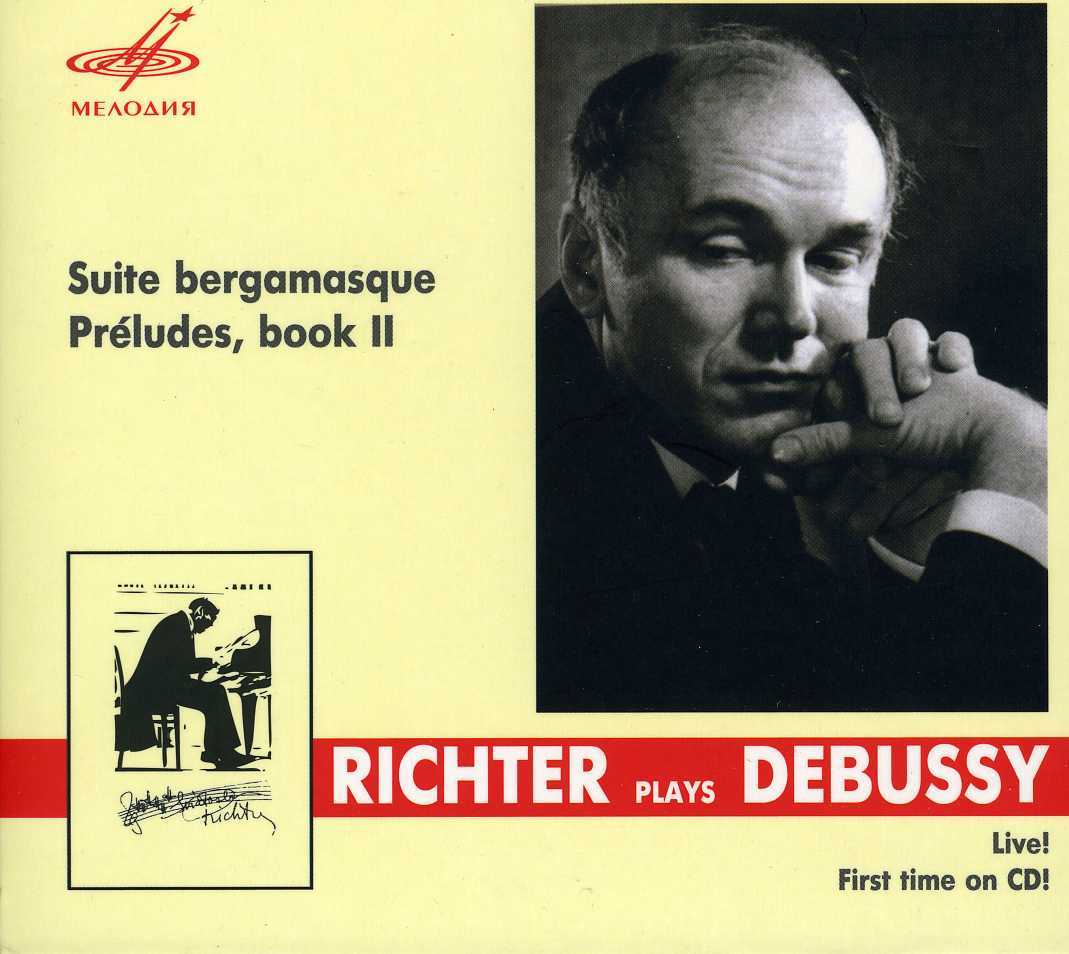 Claude Debussy’s works make up the bulk of Sviatoslav Richter’s (1915–1997) repertoire: it included the works of such great masters as Chopin, Rachmaninov, Beethoven and Prokofiev. In the 60–70-ies Debussy’s works prevailed in the outstanding pianist’s repertoire along with Chopin’s and Beethoven’s compositions.

The famous French Impressionist’s exquisite miniatures attracted Richter from the first years of his concert activity. Even in 1938 during one of his early recitals the young musician performed some selected preludes (The Winds in the Plain, The sounds and fragrances swirl through the evening air, The Hills of Anacapri) and the piece from the cycle Images (The Bells through the Leaves ). By the end of the 40-ies almost all preludes from Debussy’s First book had been mastered. Ten years later the pieces from the Second book were coped with, as well. The last ones that were included in Sviatoslav Richter’s repertoire were Alternating Thirds and Fireworks (1966). Richter ignored only two of 24 preludes – Minstrels and The Girl with the Flaxen Hair; he never performed them. “I do not belong to tenacious adherents who stick to performing all works of a composer without any exception”, stated he in his “Dialogues”. “I do not play all Chopin’s etudes just because some of them do not attract me – Octave one, in particular. I do not perform all Beethoven’s sonatas either; just twenty two”. This is the reason why there is no record of Debussy’s whole First book of preludes. The Second book was also seldom performed as a whole. Richter preferred to include separate preludes in the programmes of other composers or perform them encore. From this point of view, the record on air of Richter’s performing the Second book of preludes in one of the acoustically best halls of Moscow is a unique phenomenon.

Richter especially singled out Delphi Dancing Girls and Puck’s Dance. Once he said, “If Puck’s Dance comes out, then all Debussy’s works will be done.” Suite bergamasque was the most loved Debussy’s piece alongside with the symphony poem Sea: Richter replayed it many times since 1944. The performance of 1979 as if summed up all that many years search of elusive, vague, hidden from many performers style of Impressionist performance. That was one of the last animations of Suite bergamasque in the hands of the legend of Russian pianism. Richter never played it after 1980.

In his diaries Sviatoslav Teophilovich recollected one of the reviews of Canadian critics on his performance of Suite bergamasque: “How immaterially (?) he plays – almost nothing is heard”. The matter concerns a very low sound that Richter attributed to the technical merits of the Yamaha instrument: “Since Yamaha placed their grand pianos at my disposal I have found something main that I have been looking for: the opportunity to make the sound individual and get an extreme pianissimo – pianissimo to its most considerable degree. To my mind, it is pianissimo that has the greatest influence on audience” (from Richter’s “Diaries”). The record of Suite bergamasque that opens this programme is performed on the Yamaha grand piano.

Bruno Monsaingeon, a French violinist and producer who shot the film “Richter Unconquered” stated, “Sviatoslav Richter never mixed Tchaikovsky’s works with Debussy’s ones in his recitals”. In his interpretation Debussy’s works were really refined from this romantic coating that many pianists make excessive use of. “Debussy is personification of Nature itself. He is endlessly various, cultivated and simple at the same time. But how difficult it is to achieve this simplicity!” said Richter.

This album that presents the records of different years will help the listeners to see Debussy’s realm through Richter’s eyes. (melody. su)