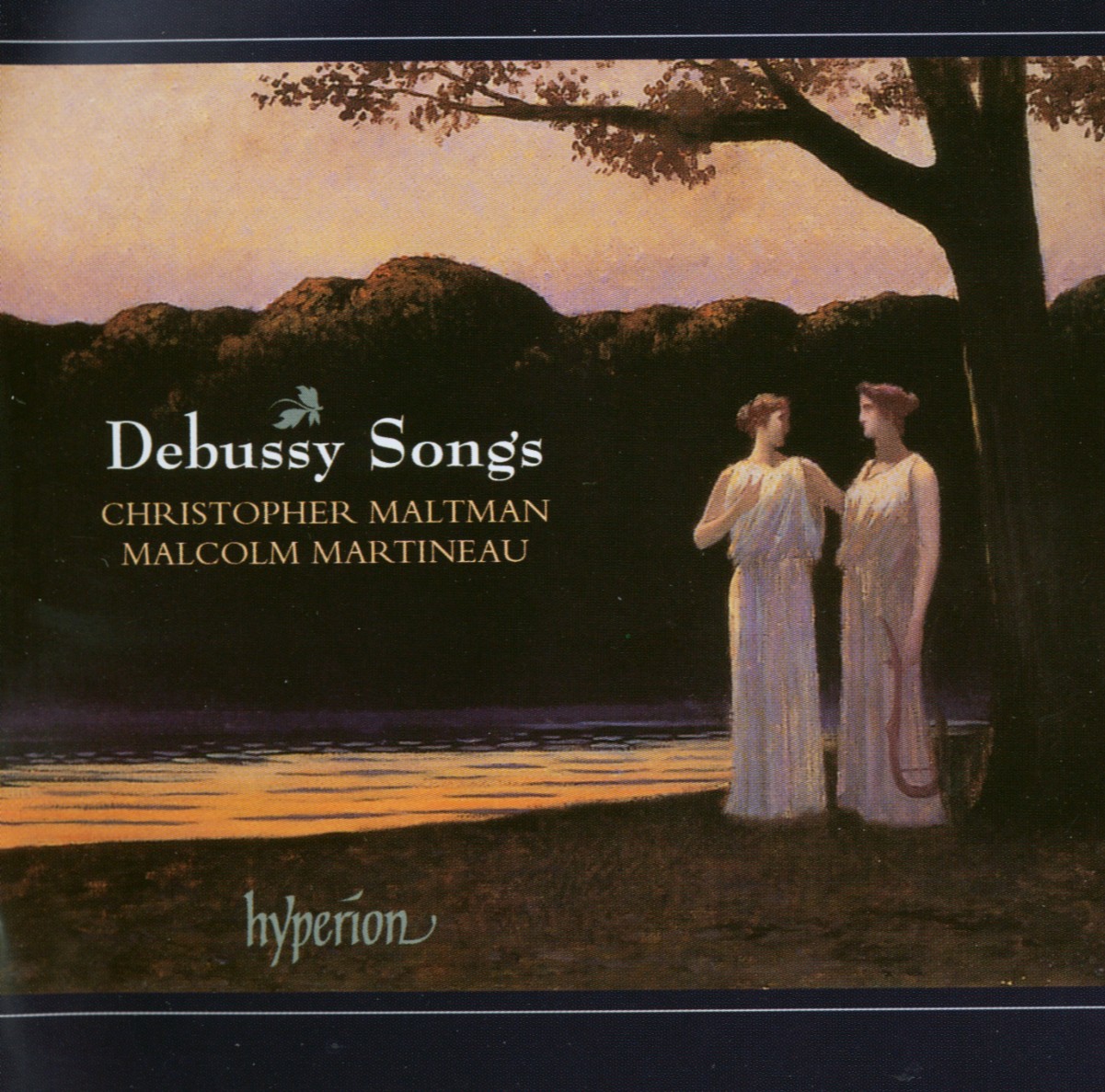 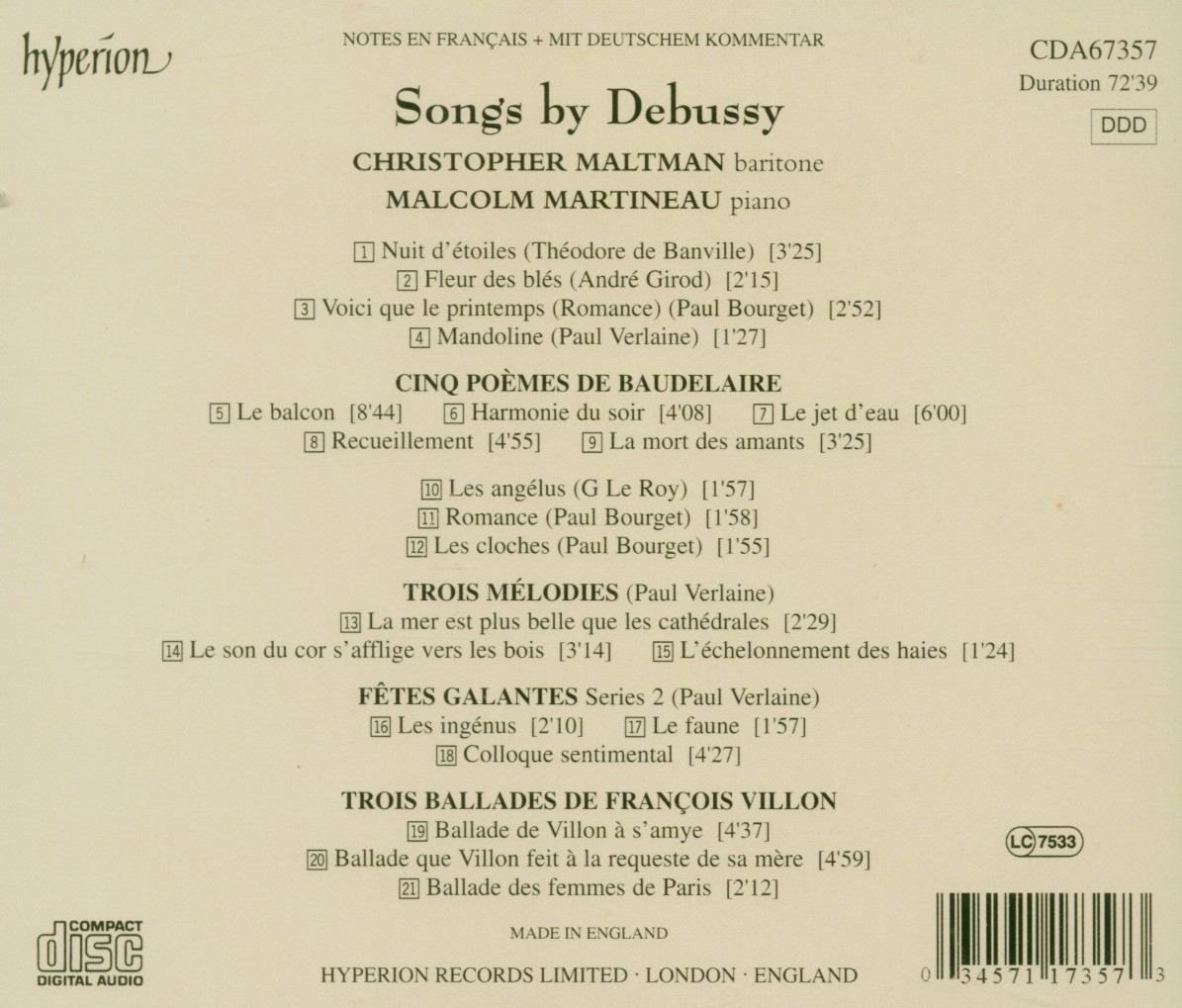 This collection includes songs from pretty well the whole of Debussy's composing life, some of them well-known and acknowledged masterpieces, and some of them much less familiar though no less worthy of inclusion. Most of them, though, date from the 1880s and early 90s. Nuit d'étoiles is in fact Debussy's first published composition, dating from 1880 when he was eighteen. The Trois Ballades de François Villon date from 1910.

Christopher Maltman sings them all with his now familiar stylishness and sensitivity to words.

»The partnership of baritone Christopher Maltman and pianist Malcom Martineau has proved chemically sound in so many memorable live and recorded performances. This new release of Debussy songs for Hyperion is no exception« (The Scotsman)

» … the young baritone brings magnificent sturdiness to the music and he is sensitively accompanied by an understanding Martineau. The recording is excellent … we have another Hyperion winner« (Classical. net)