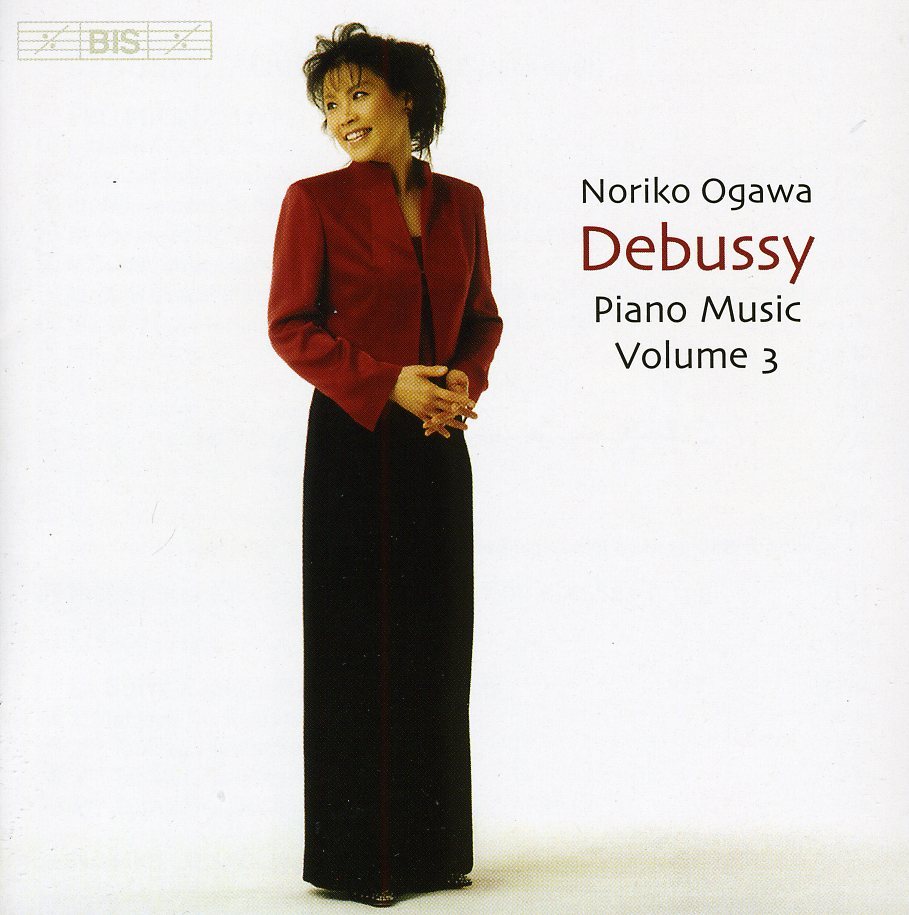 Bewertung:
Artikel am Lager
EUR 2,99*
Versandkosten
Reduzierte Restmengen
Few cycles have started as auspiciously as Noriko Ogawa's recordings of Debussy's complete music for solo piano. The first volume (BIS-CD-1105) was greeted with great enthusiasm by the reviewers who called Ogawa ‘a Debussy interpreter of exceptional class’ (International Record Review) and ‘a leading exponent of this music, surely the greatest piano music of the 20th century’ (MusicWeb International). In particular, the critics remarked upon Ogawa's ‘luscious’ piano sound (American Record Guide) and ‘highly differentiated and many-layered soundscape’ (Klassik Heute) as well as the finely worked interpretations, their ‘clarity, delicacy and impeccable sense of proportion’ (BBC Music Magazine).

Volume two (BIS-CD-1205) was equally well-received, and was made an Editor's Choice in the Gramophone, whose reviewer wrote: ‘Every bar of these new performances confirm Ogawa as a most elegant, scrupulously sensitive interpreter of 'music like a dream from which one draws away the veil'.’

Now the eagerly awaited third volume is here, bringing the second book of Préludes including some of Debussy's most well-loved piano pieces, such as Feux d'artifice. Less commonly heard are the three short works composed during the First World War, and all intended for different fund-raising activities: Berceuse héroïque, Pièce pour l'oeuvre du «Vêtement du blessé» and Elégie. The disc ends on a much lighter note however, with the music for the children's ballet La Boîte à joujoux (The Toy Box). Composed shortly after the Preludes, the score was originally intended for orchestra, but Debussy never completed the orchestration. Instead, he left the world a wonderful piano version, full of witty allusions, in which the various toys and dolls of a child's toy box dance circles around each other.

"A superlative performance of La boîte à joujoux that's worth the price of the disc alone... Feux d'artifice and La Puerto del Vino are outstanding examples of her virtuosity at its most superfine and characterful." Gramophone, February 2006

"Feux d’artifice … displays all the technical expertise and the brilliance that characterises all of Ogawa’s performances on this stunning CD." MusicWeb International

"Noriko Ogawa plays the 12 Préludes of Book 2 with exceeding beauty and refinement. Her chords are always precisely weighted and balanced, while her varying degrees of staccato or détaché have a lovely halo around them, conveyed by the clarity of the recording. This is playing with a very high degree of finish..." International Record Review, March 2006

'Whether in the incendiary glitter of the final prelude or the wistfulness of "La Boîte à Joujoux", this is captivating playing." The Times (UK), 16 December 2005

"She has both the range of colour and the emotional flexibility to bring the Preludes alive... Ogawa seriously challenges Krystian Zimerman's hegemony of the Preludes amongst modern accounts." BBC Music Magazine, February 2006