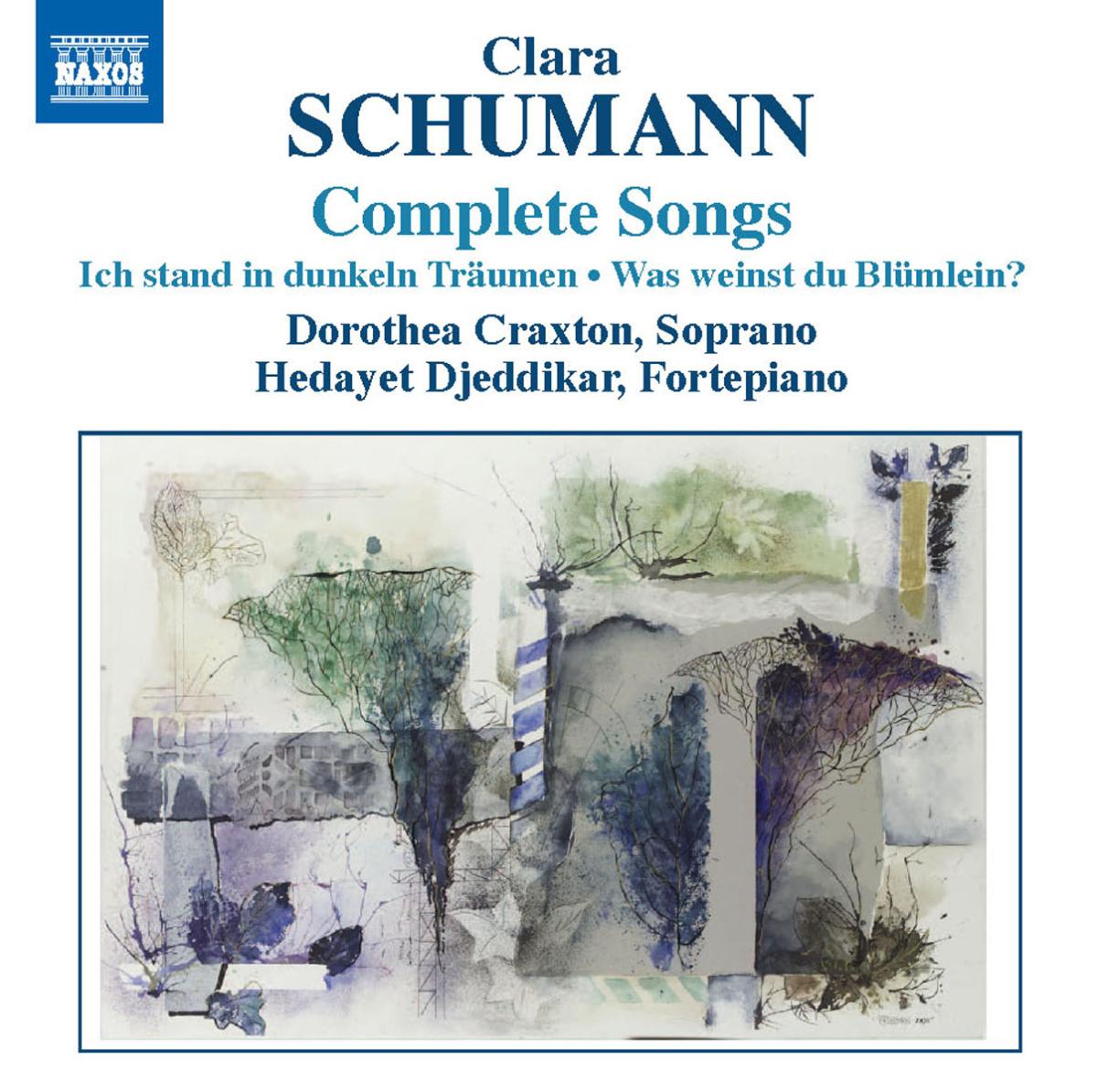 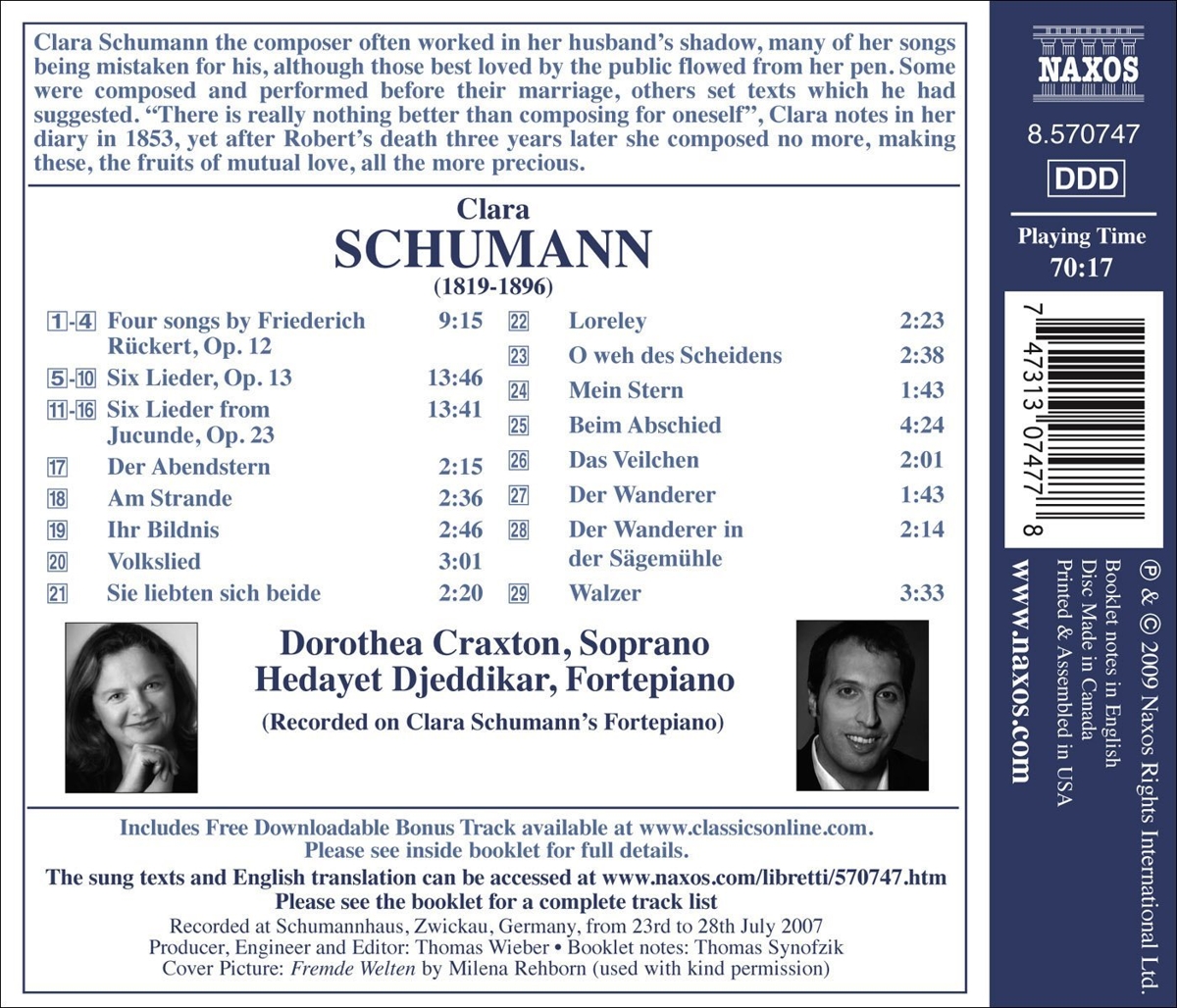 Bewertung:
Nur noch 1 Stück am Lager. Danach versandfertig innerhalb von 1-3 Tagen (soweit verfügbar beim Lieferanten)
EUR 12,99*
Versandkosten
Clara Schumann the composer often worked in her husband's shadow, many of her songs being mistaken for his, although those best loved by the public flowed from her pen. Some were composed and performed before their marriage, others set texts which he had suggested. "There is really nothing better than composing for oneself", Clara notes in her diary in 1853, yet after Robert's death three years later she composed no more, making these, the fruits of mutual love, all the more precious."