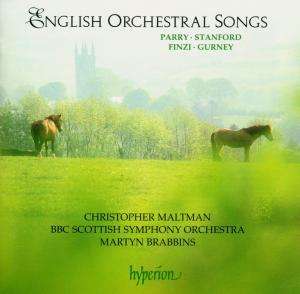 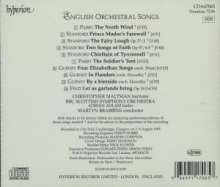 It will be remembered that Christopher Maltman won the Lieder Prize at last year's Cardiff Singer of the World competition. He has since become widely known and admired for his rich baritone voice and stylish singing in a wide variety of musical styles. (He sang the part of Reggie Fairfax in our recording of The Geisha issued in January.)

Most of the songs on this CD are first recordings. Indeed we think one or two of them are first performances, having been specially edited by Jeremy Dibble from the original manuscripts. The Gurney songs have, of course, been recorded many times before with their original piano accompaniment but never in these orchestral arrangements by Gerald Finzi and Herbert Howells.

'Singing of distinction and a programme of remarkable strength. Hyperion is on to a winner here' (The Yorkshire Post)