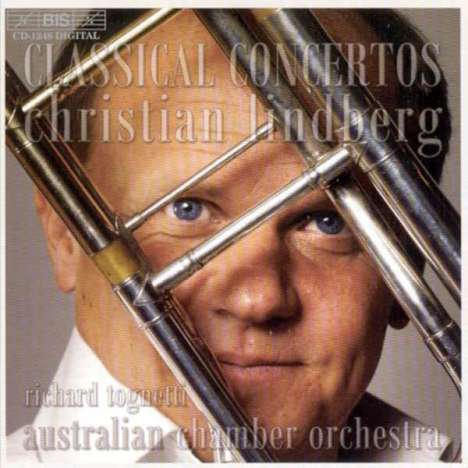 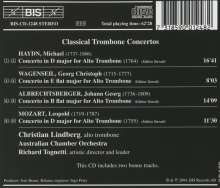 This CD is indeed special! Not only because it features some very special interpreters, but also because it marks a very special occasion – the 20th anniversary of a unique collaboration: that between trombonist Christian Lindberg and BIS Records.

To appear as soloist with the Berlin Philharmonic Orchestra or the Chicago Symphony Orchestra is the ultimate dream of most musicians. To do this as a trombonist is unthinkable! Or, rather, it was unthinkable until Christian Lindberg made it come true.

From the very beginning of his career, Christian Lindberg has refused to see any limitations to what one might do as a trombonist. And being a man with a vision, he has succeeded: During his 20 years with BIS, Christian Lindberg has recorded no less than 30 highly acclaimed discs. In concerts he has given the world premières of 80 trombone concertos – and has continued to perform them, as shown by some 600 performances of Jan Sandström’s famous Motorbike Concerto. In doing this Lindberg has revolutionized trombone-playing through­out the world. If we want a true measure of Christian Lindberg’s greatness as a musician, we have only to look at the prestigious com­posers who have written music for him: Arvo Pärt, Luciano Berio, Sofia Gubaidulina and Toru Take­mitsu are just a few.

But on this the first of three discs to be released during the Lindberg-BIS Jubilee year Christian Lindberg returns to the roots of the trombone in his long-awaited recording of the Classical Trombone Concertos by Leopold Mozart, Albrechtsberger, Wagenseil and Michael Haydn. The concertos have been researched and edited with great care by Lindberg himself, and naturally he has also written the initiated liner notes. They are works that he has performed a great number of times over the years – but only now has agreed to record, the reason being the Australian Chamber Orchestra, with which he played in concert, and immediately fell in love with! And so did we – and so will you!