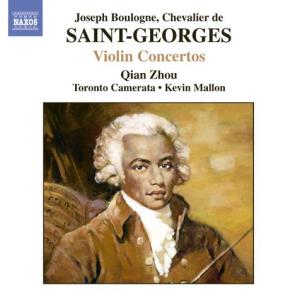 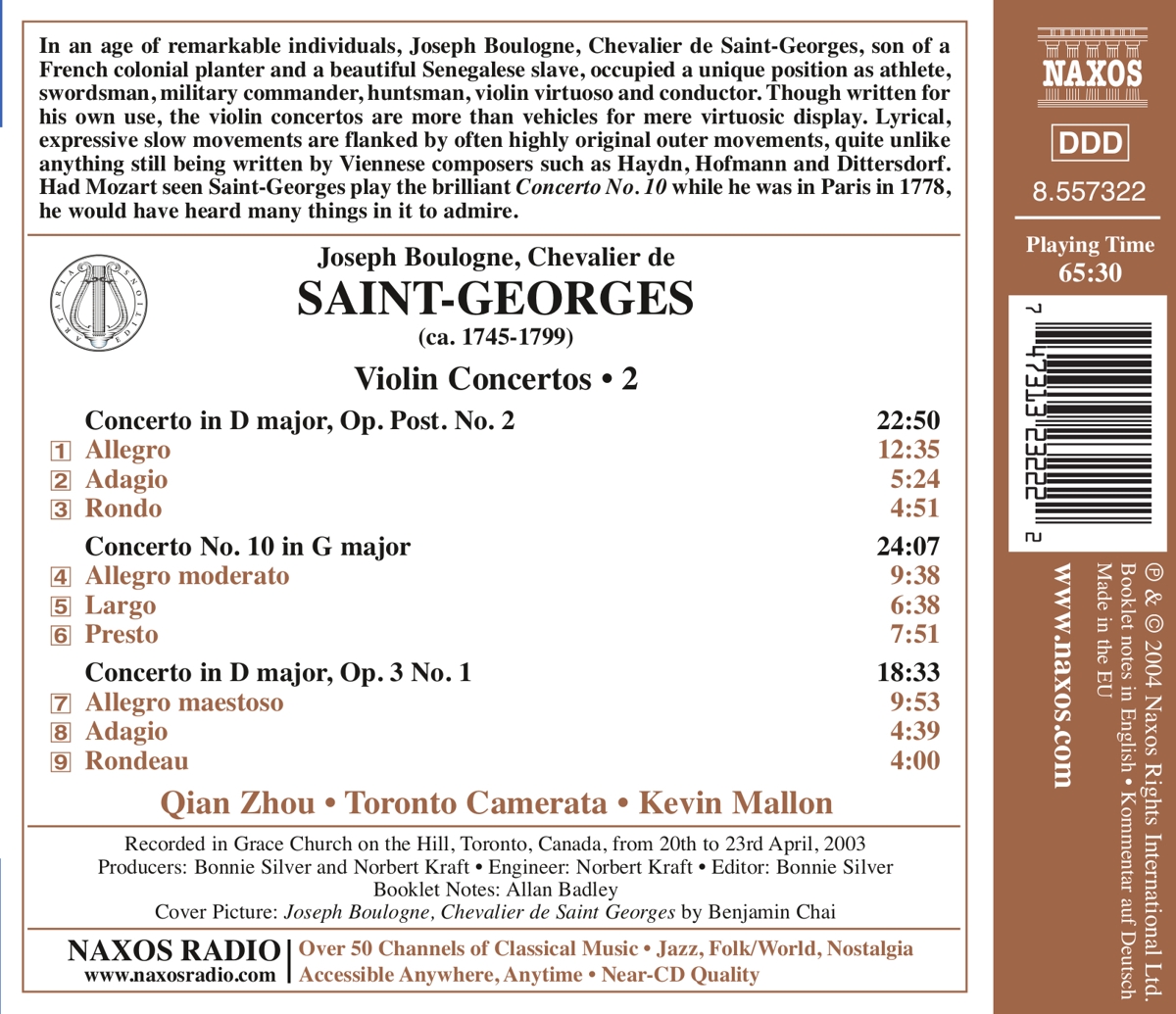 Bewertung:
Nur noch 1 Stück am Lager. Danach versandfertig innerhalb von 1-3 Tagen (soweit verfügbar beim Lieferanten)
EUR 9,99*
Versandkosten
In an age of remarkable individuals, Joseph Boulogne, Chevalier de Saint-Georges, son of a French colonial planter and a beautiful Senegalese slave, occupied a unique position as athlete, swordsman, military commander, huntsman, violin virtuoso and conductor. Though written for his own use, the violin concertos are more than vehicles for mere virtuosic display. Lyrical, expressive slow movements are flanked by often highly original outer movements, quite unlike anything still being written by Viennese composers such as Haydn, Hofmann and Dittersdorf. Had Mozart seen Saint-Georges play the brilliant Concerto No. 10 while he was in Paris in 1778, he would have heard many things in it to admire.