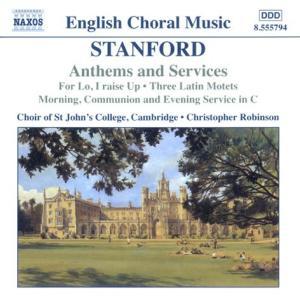 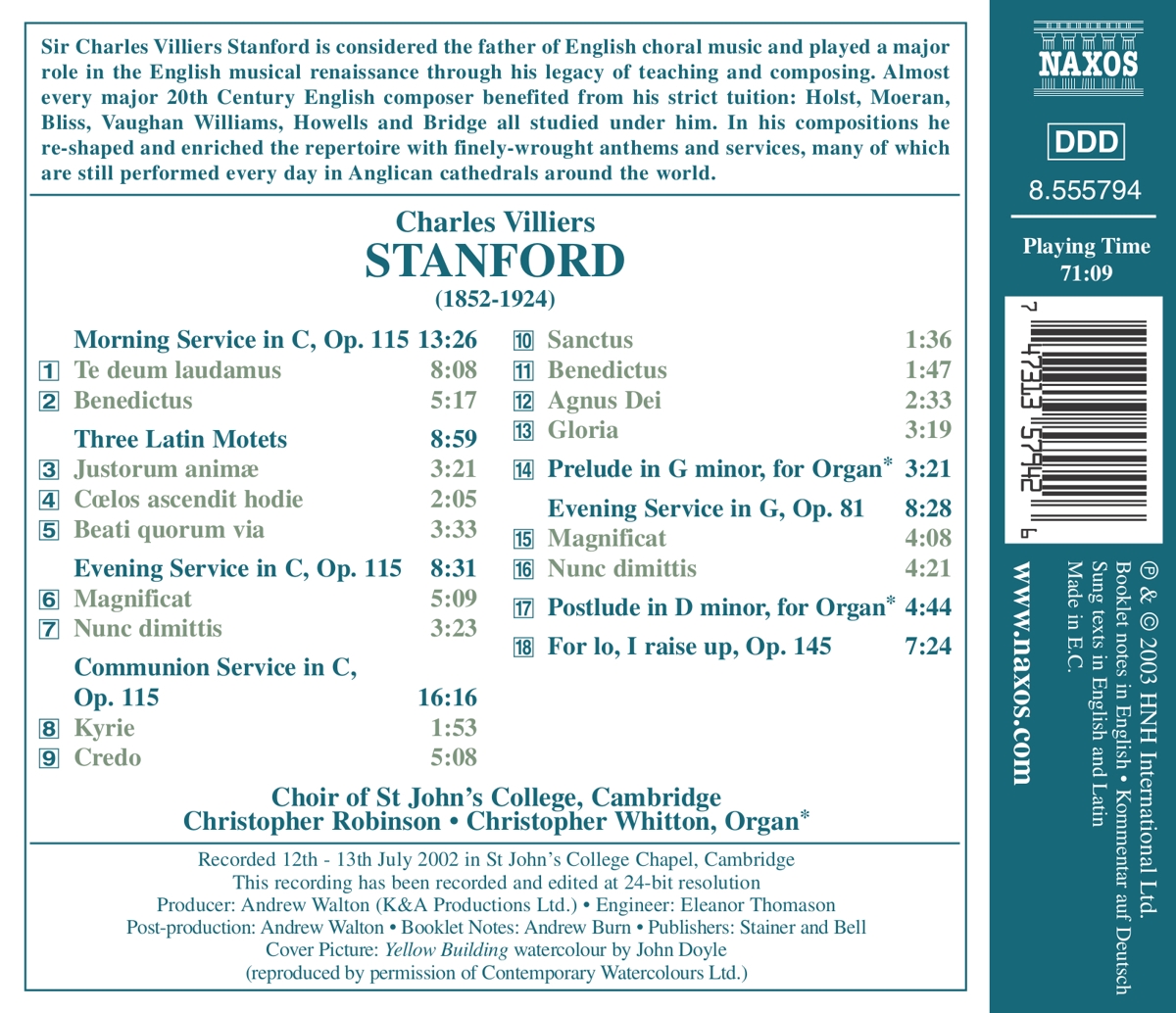 Bewertung:
umgehend lieferbar, Bestand beim Lieferanten vorhanden
EUR 7,99*
Sir Charles Villiers Stanford is considered the father of English choral music and played a major role in the English musical renaissance through his legacy of teaching and composing. Almost every major 20th Century English composer benefited from his strict tuition: Holst, Moeran, Bliss, Vaughan Williams, Howells and Bridge all studied under him. In his compositions he re-shaped and enriched the repertoire with finely-wrought anthems and services, many of which are still performed every day in Anglican cathedrals around the world.