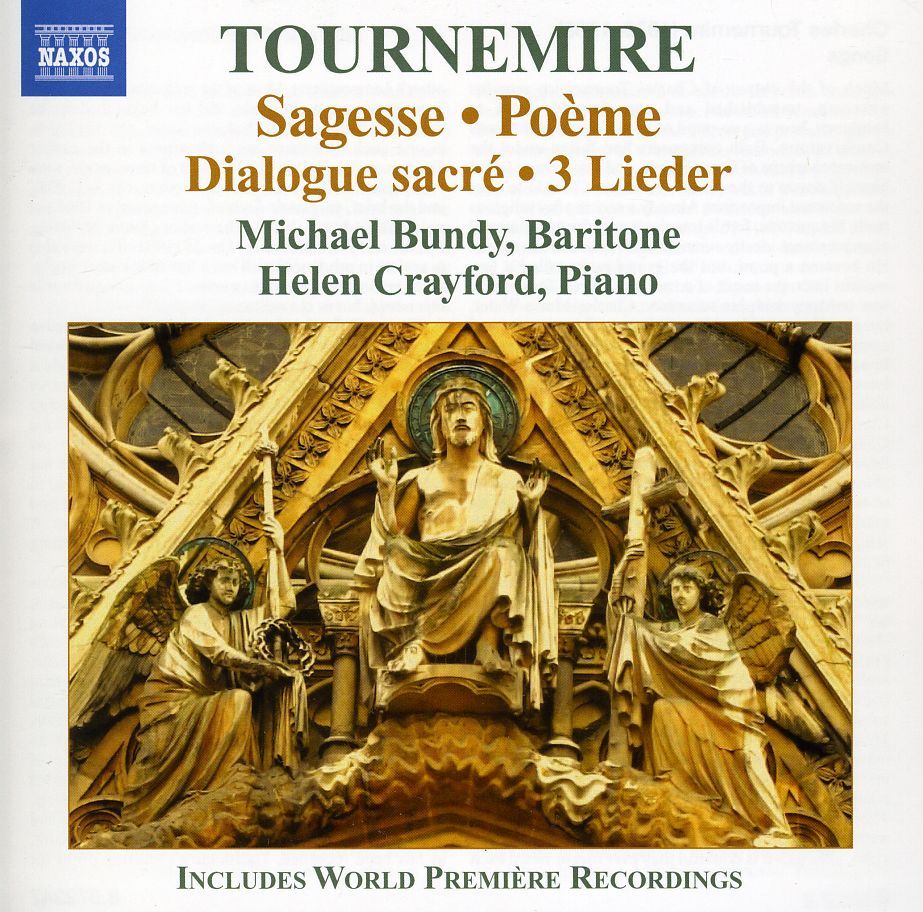 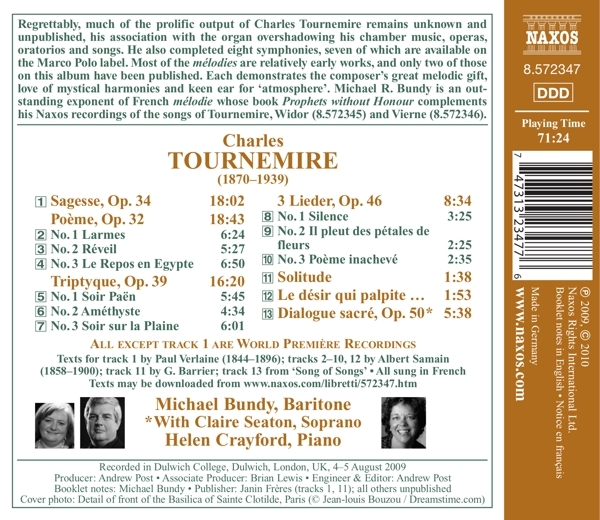 Bewertung:
lieferbar innerhalb 1-2 Wochen
(soweit verfügbar beim Lieferanten)
EUR 7,99*
Versandkosten
Regrettably, much of the prolific output of Charles Tournemire remains unknown and unpublished, his association with the organ overshadowing his chamber music, operas, oratorios and songs. He also completed eight symphonies, seven of which are available on the Marco Polo label. Most of the mélodies are relatively early works, and only two of those on this album have been published. Each demonstrates the composer's great melodic gift, love of mystical harmonies and keen ear for 'atmosphere'. Michael R. Bundy is an outstanding exponent of French mélodie whose book Prophets without Honour complements his Naxos recordings of the songs of Tournemire, Widor (8.572345) and Vierne (8.572346).