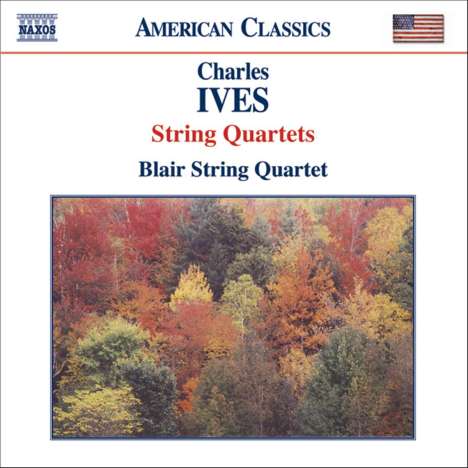 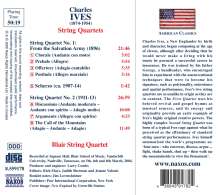 umgehend lieferbar, Bestand beim Lieferanten vorhanden
EUR 12,99*
Versandkosten
Charles Ives, a New Englander by birth and character, began composing at the age of eleven, although after deciding that he would never make a living with his music he pursued a successful career in insurance. He was trained by his father George, a bandleader, who encouraged him to experiment with the unconventional techniques that were to become his signature, such as polytonality, microtones and spatial performance. Ives' two string quartets are as unalike in origin as they are in content. The First Quartet uses his beloved revival and gospel hymns as musical sources, and its energy and originality provide an early example of Ives' highly original creative powers. The highly complex Second String Quartet was born of a typical Ives rage against what he perceived as the effeminacy of standard string quartet performances. Ives himself summarised the work's programme as: "Four men, who converse, discuss, argue ... fight, shake hands, shut up then walk up the mountainside to view the firmament".