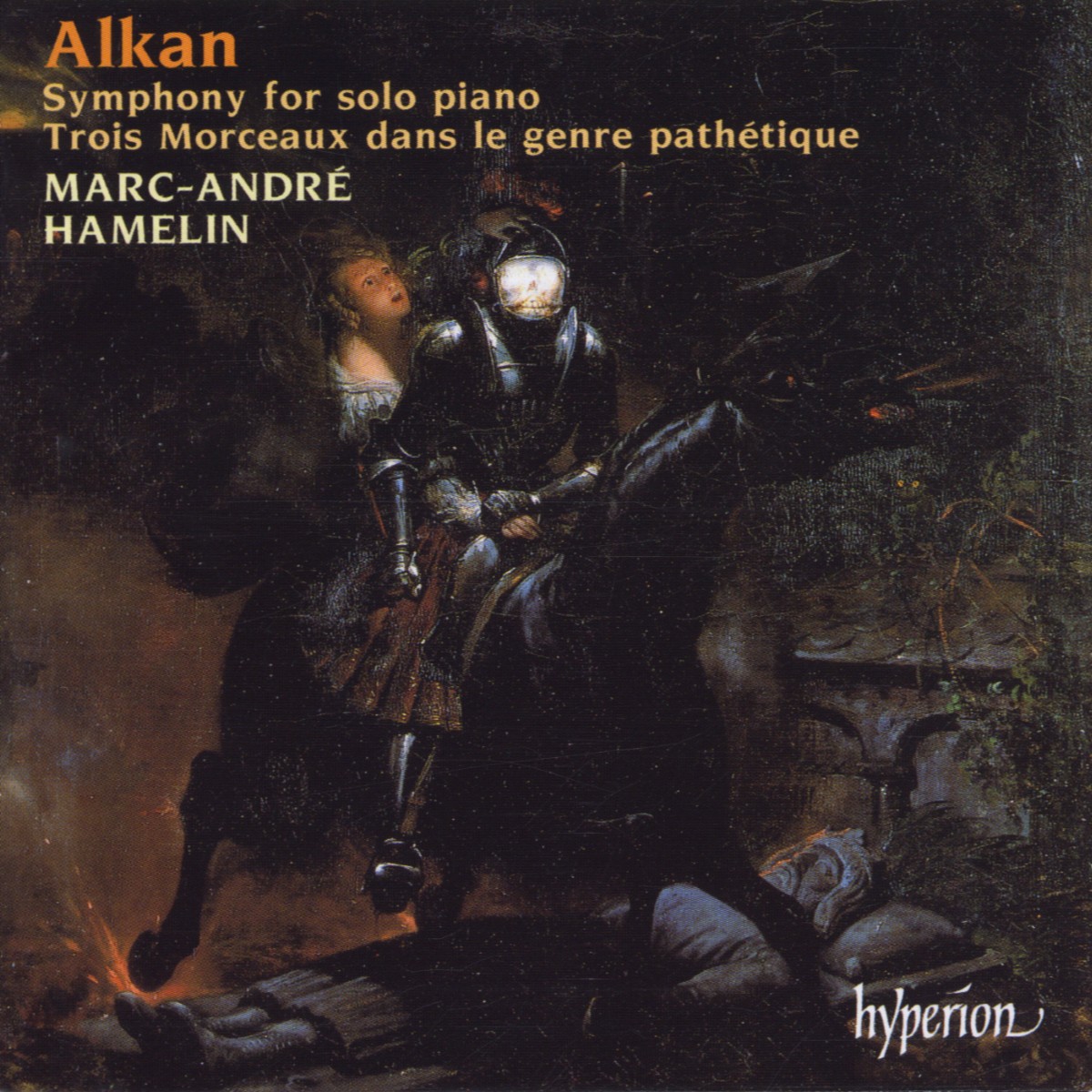 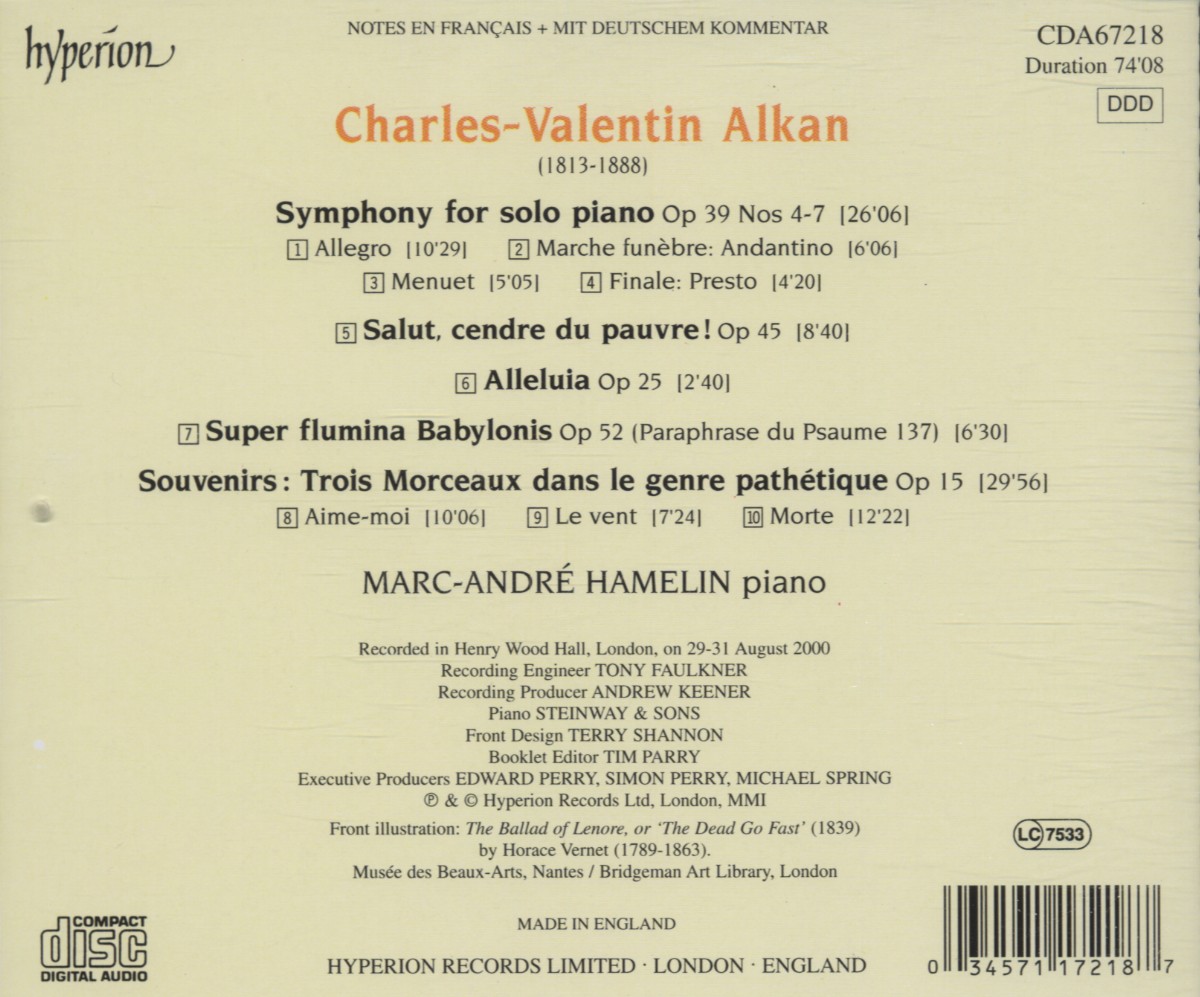 Marc-André Hamelin's first solo Alkan recording (CDA66794) met with the most superlative critical reception imaginable (culminating in Fanfare magazine's »one of the best releases of anything to have been made, a classic of the recorded era«). This follow-up proves to be no less spectacular.

The disc is framed by two of the »monster« works for which Alkan is notorious. The four movements of the Symphony for solo piano are taken from his magnum opus, the 12 Studies in the minor keys Op 39. This piece has become one of Alkan's best known but never has its finale (once described as a ' »ride in hell«) been so spectacularly thrown off. The Trois Morceaux dans le genre pathétique are the earliest pieces in which Alkan's true personal style became apparent. These are three massive studies each with programmatic titles and an atmosphere of Gothic horror that requires a supreme virtuoso to tackle their outlandish technical demands. This is their first recording.

The recital is completed by three pieces of rather religious inspiration. While their scale and technical demands are those of a more conventional composer, their quirky sound-world and often sardonic mood confirm the composer as our reclusive Frenchman.

»Hamelin's playing is not only mind-blowingly virtuosic but powerfully ardent and touchingly sensitive to boot. Absolutely not to be missed!« (www. bn. com)

»Hamelin has no equal as an interpreter of Alkan; he inhabits the overheated world of this strange proto-Lisztian figure with a completeness that combines a total mastery of its fearsome technical challenges with an innate understanding of its sometimes elusive emotional content« (The Guardian)

»Ear-boggling … Another self-recommending discographic coup. What next? I'm all ears« (Fanfare, USA)