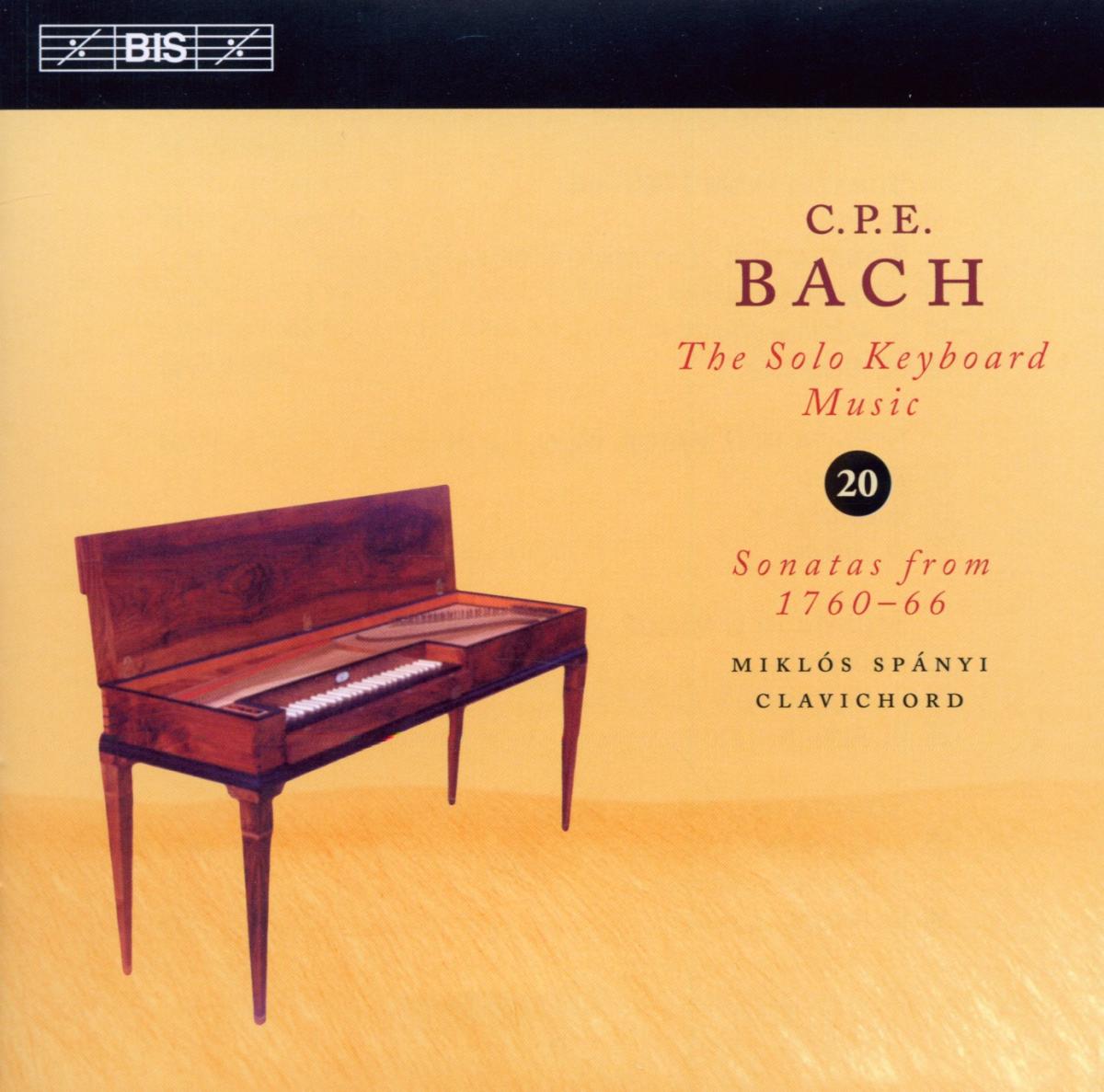 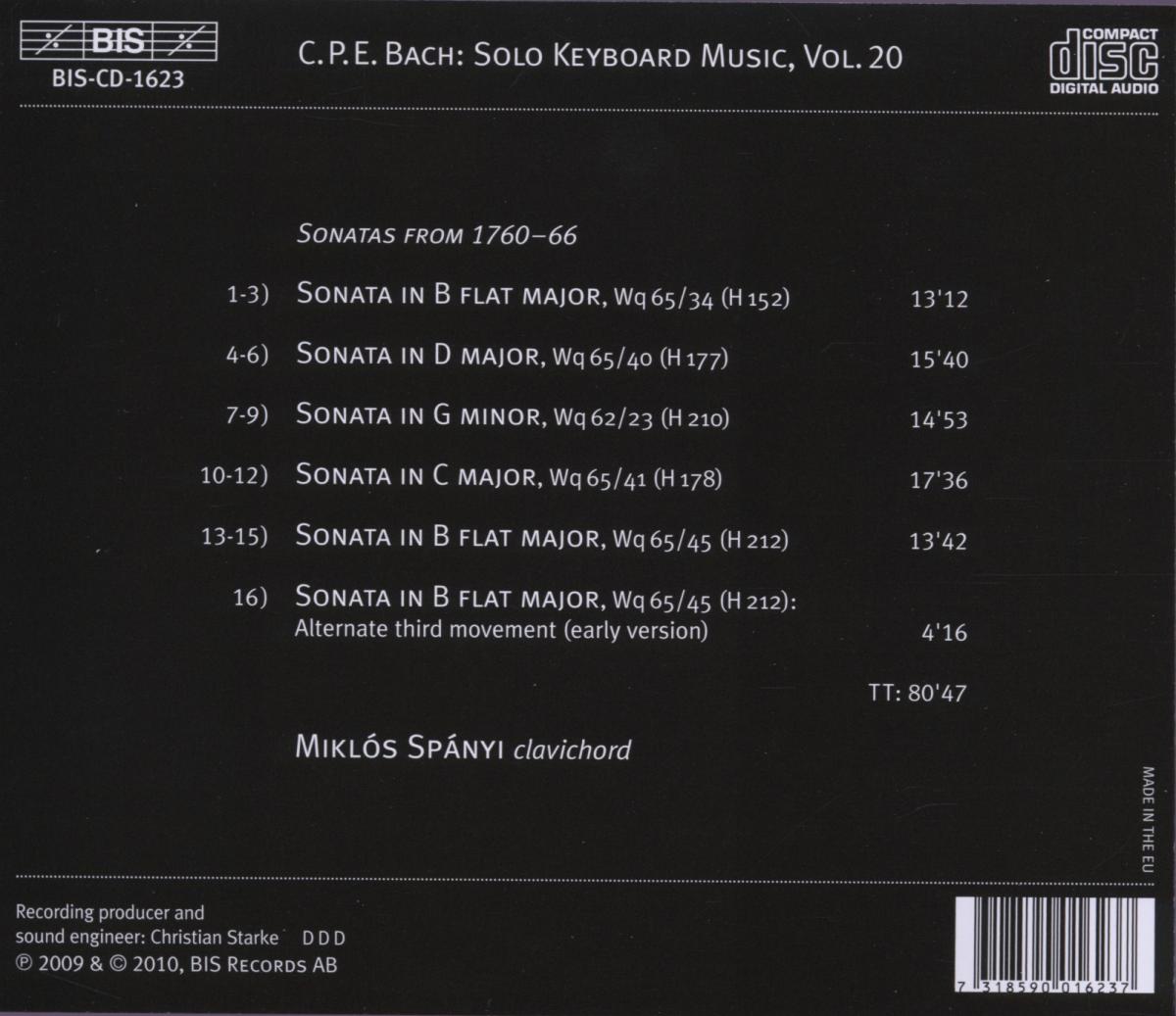 In these five sonatas from the 1760s, the period prior to C. P.E. Bach’s departure from Frederick the Great’s court in Berlin, we find some of his most attractive writing, in the opinion of Darrell M. Berg, author of the liner notes to this disc and general editor of the complete edition of the composer’s works. The fabulous landscapes and high drama of so many earlier works (such as the Württemberg Sonatas on volumes 16 and 17 of this series) are left behind, as are the lyrical intimacy and simplicity of the so-called ‘easy’ sonatas. Or rather: these qualities are incorporated in the ‘new’ style and a certain synthesis is achieved. The result is a style featuring Bach’s familiar energy and vivacity but with greater equilibrium, resulting in compositions we might – for want of a better term – call more ‘classical’. Miklós Spányi has acquired a reputation as a leading interpreter and firm advocate of this music that stands between the Baroque and the Classical period, and which is less well-known than it deserves partly because of the difficulty of classifying it. He has here chosen to perform it on C. P.E. Bach’s own favourite keyboard instrument, the clavichord. Spányi’s ground-breaking work in this series, and in the parallel one of the same composer’s keyboard concertos, will be familiar to many lovers of early keyboard music. It has been called ‘a major contribution to recorded keyboard literature’ in American Record Guide, to single out one single disc, Volume 17 of this series was selected as Editor’s Choice in Gramophone, and described as ‘the answer to clavichord fans' dreams’.