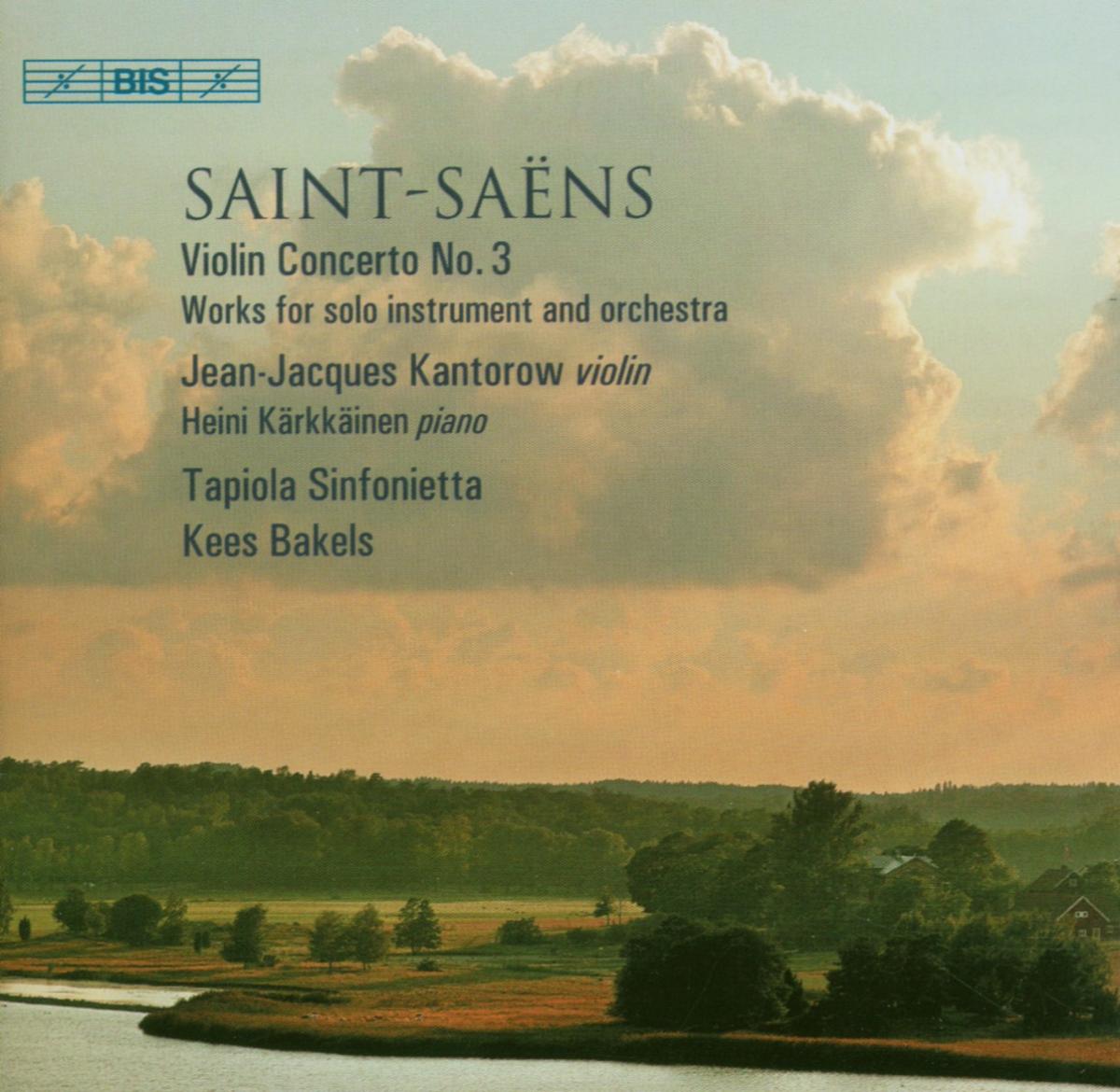 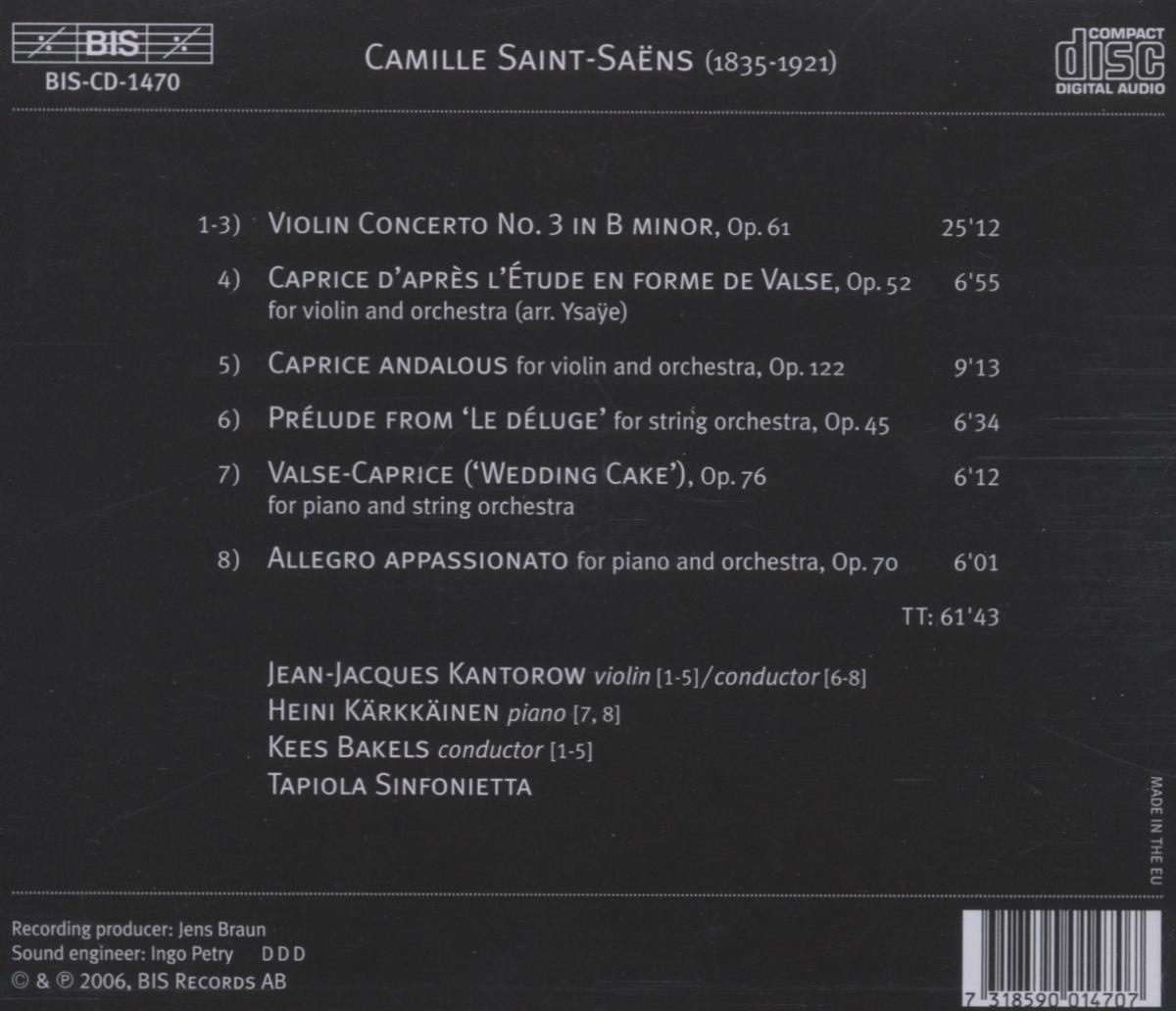 The long career of Camille Saint-Saëns (1835-1921) is intriguing: giving his first piano recital at the age of five, he was a musical pioneer who in the 1860s introduced France to the then radical works of Liszt and Wagner. But quite soon he came to be seen as a crusty reactionary, who by the time of his death was fighting the influence of Debussy and Richard Strauss. His reputation as a composer is based on his skills of writing music that is elegant, technically flawless and never excessive. Saint-Saëns' early start and long life gave him the time to compose more than three hundred works, one of the most well-loved being the third violin Concerto which opens the present disc. Its companion pieces are heard less often, but are even so highly enjoyable examples of the unforced art of a composer who once remarked: »I produce music as an apple tree produces apples.«

On five previous discs, Jean-Jacques Kantorow and the Tapiola Sinfonietta have shown their understanding of what this music needs in order to come to life. BIS-CD-860, which focuses on the music for violin and orchestra, was for instance described as being »played with that tremendous flair and brilliance that accentuates the frothy aspects of the music« in The Strad, while the orchestral disc was called »simply sensational ... a brilliant sonic firework« with »an orchestral timbre that seems to have developed from out of chamber music« in Fono Forum.