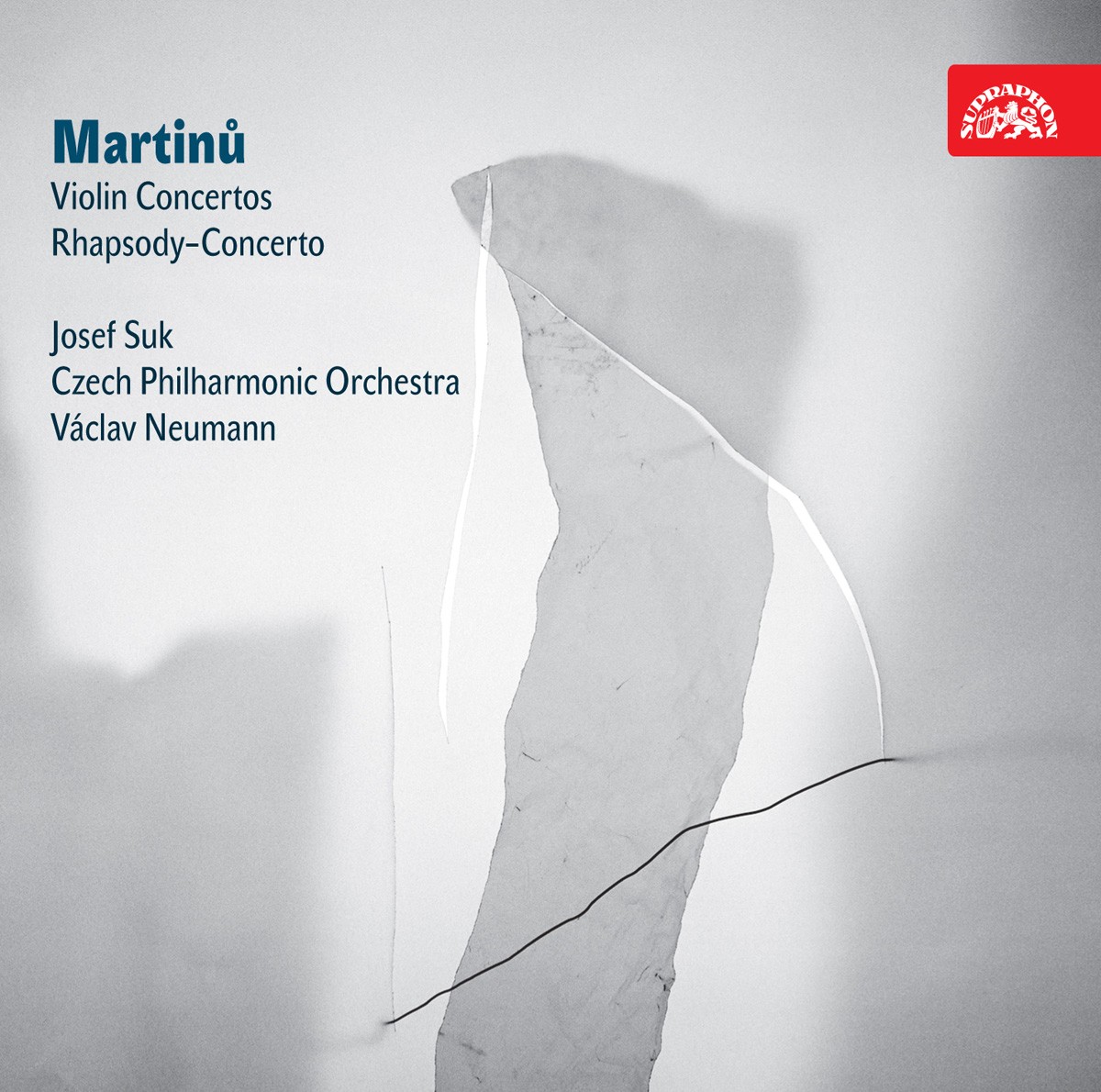 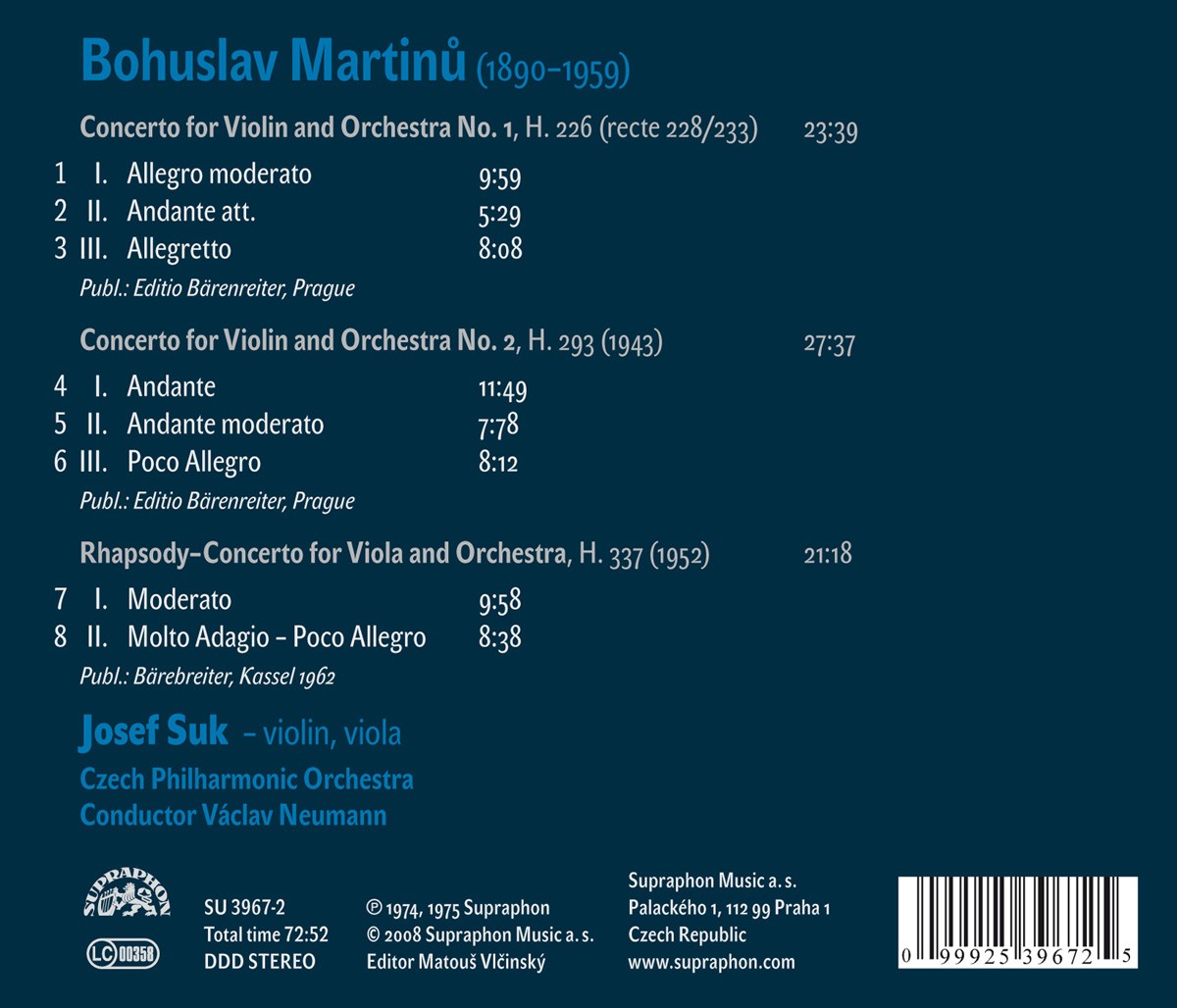 In 1973, together with the conductor Georg Solti, Josef Suk premiered Martinu's first violin Concerto in Chicago. This »Paris-era« Concerto was originally written for the famous violinist Samuel Dushkin. However, it was later mislaid, only to be rediscovered and premiered some 40 years later. Josef Suk was a sound choice for the concerto's second life; his 1973 recording with the Czech Philharmonic Orchestra (together with Martinu's second, »American«, violin concerto) won great accolades, including the Grand Prix du disque de l'Academie Charles Cros. In the wake of the two violin concertos, Rhapsody-Concerto for Viola and Orchestra could be deemed the third part of a trilogy written in the post-war chapter of Martinu's life. Suk's legendary recordings, newly re-mastered, are released in the year marking the 80th birthday of the violinist and the 50th anniversary of the composer's death.