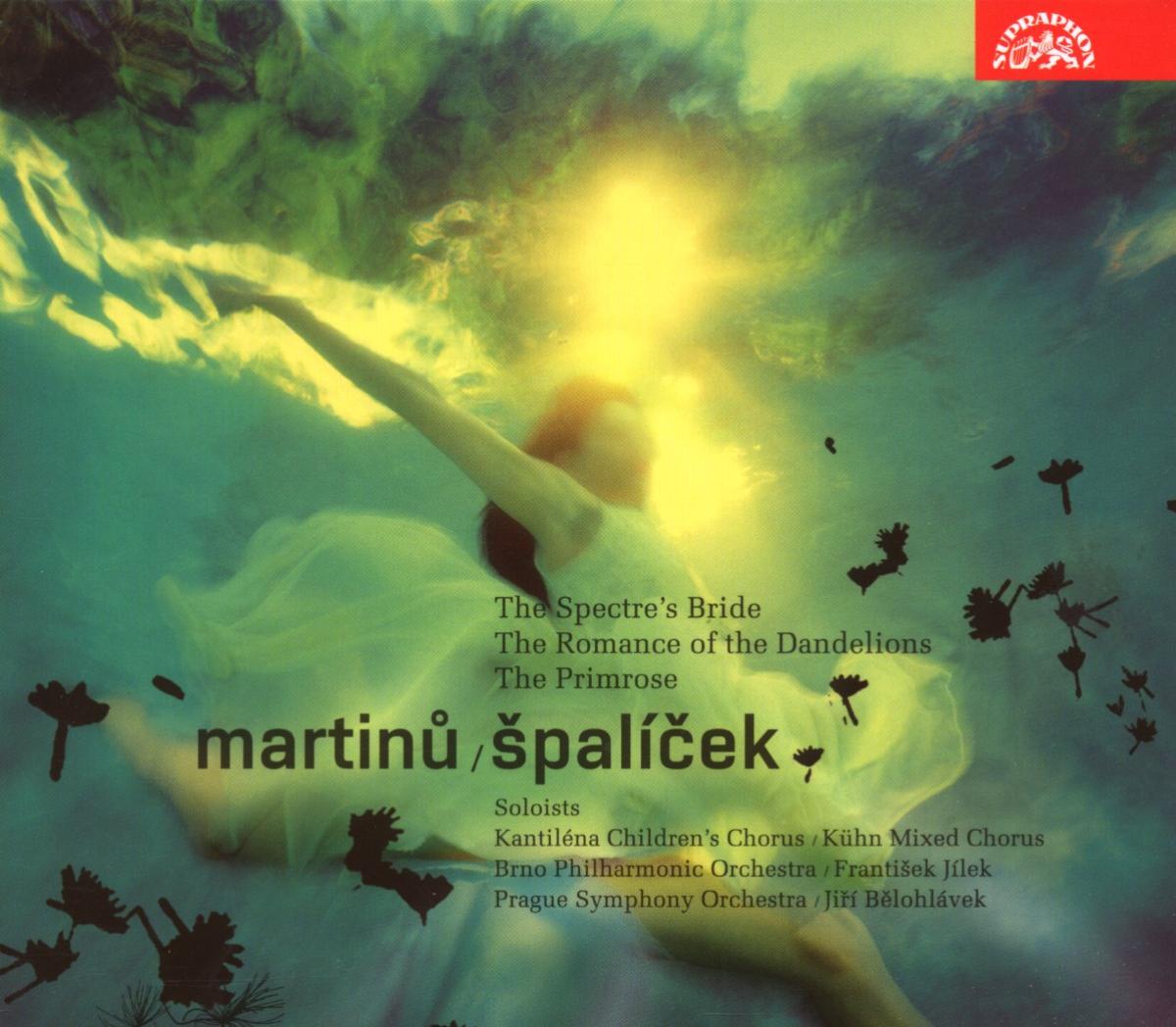 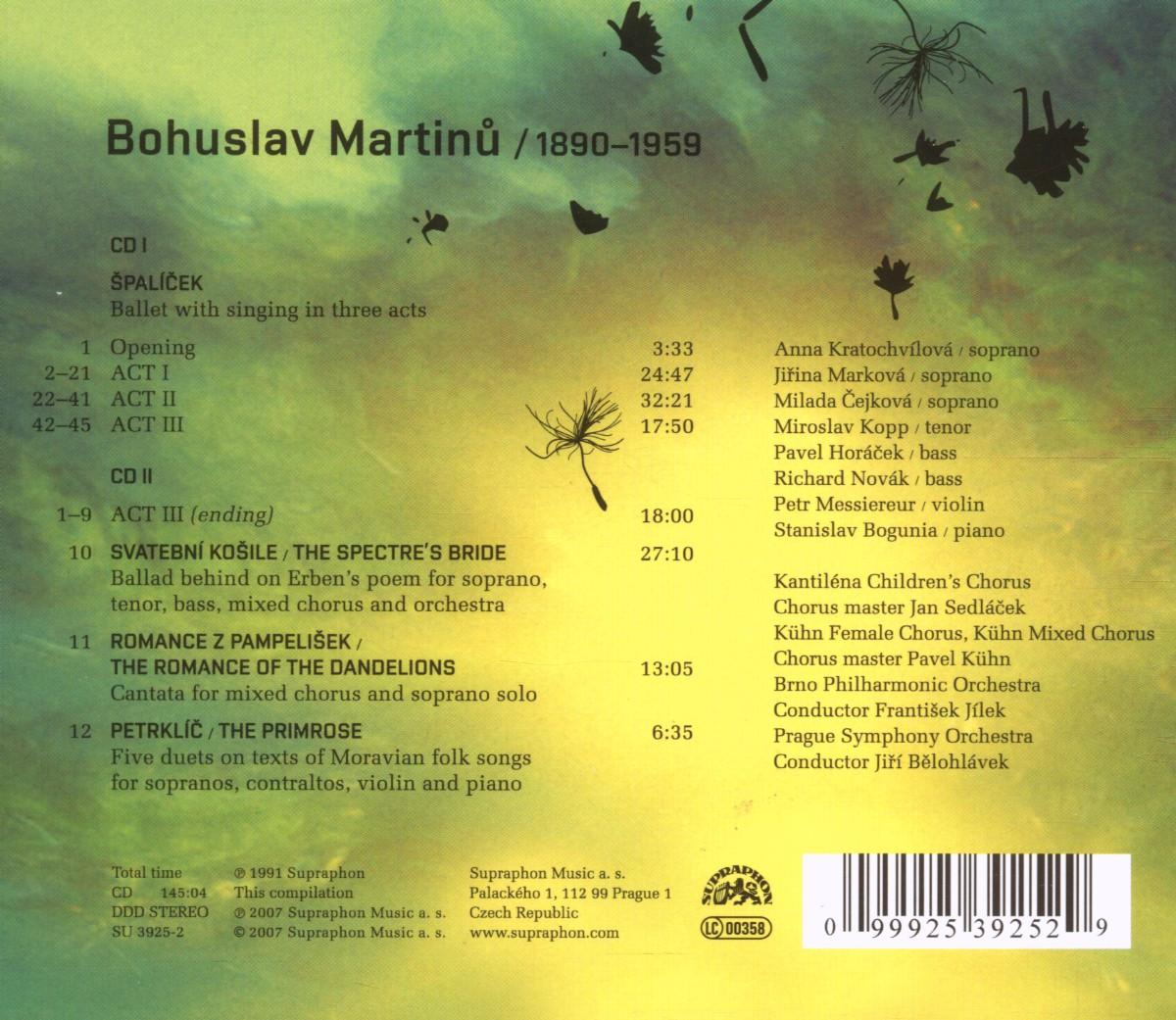 The common thread joining all these pieces is Martinu's homesickness, his love for his homeland and its folk traditions. The first version of Spalicek ("a ballet of national games, customs and fairy tales") written in 1931-32 closed with the "ballet cantata" The Spectre's Bride, based on the poem by Karel Jaromir Erben, the renowned Czech folk song collector. The ballad was later omitted due to the total length of the performance, returning to its original context first on this CD again. In the autumn of his life (1957) Martinu wrote the cantata Romance of the Dandelions based on the beautiful folk-style text of Miloslav Bures, the story of a young maiden who waits for seven long years for her beloved to return from the war. The Primrose, a set of vocal duets with piano and violin accompaniment, was written in 1954 on the texts of Moravian folk songs. Performance of these gems of the Martinu literature was undertaken by the experienced, accomplished conductors Jiri Belohlavek and Frantisek Jilek.