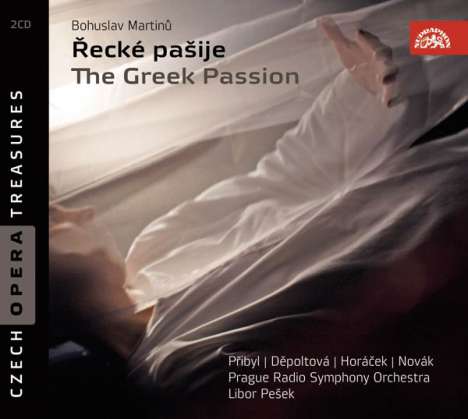 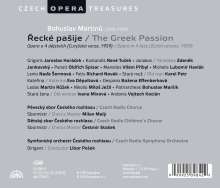 The Greek Passion became for Bohuslav Martinu (8.12. 1890 - 18. 8. 1959) an opera epilogue whose humanistic message surpasses that of all the others owing to the sheer power of the faith and emotion. Martinu liked experimenting with opera - from setting folk texts, legends and commedie dell'arte through new formations for radio and television to opera-film, opera ballet and opera-dream. Nikos Kazantzakis's novel Christ Recrucified captivated the composer with the fate of refugees amid an unconcerned, indifferent world. Martinu himself was a refugee. In the libretto, which he prepared on the basis of the novel's English translation, he captured in an effective stage contraction the transformations of the characters and the reversions of the action. Applying remarkable technique and groundbreaking compositional invention, he depicted a world of church, genuine faith and life in the Greek countryside. He interconnected the ideational and musical content with musical motifs of the Cross and compassionate love. The elaborate operatic drama The Greek Passion was scheduled to be premiered in London yet the intention ultimately did not materialise. Subsequently, London would have to wait forty-two years for the staging of the opera (London version). After the opera was rejected, Martinu did not discard the work but revised it conceptually into a new, more compendious, more operatic and musically more sublime form. Yet he did not live to see the second version performed either. The Greek Passion was first staged almost two years after the composer's death, in Zurich on 9 June 1961. In the autumn of 1981, the independent preparations for this gramophone recording courageously strove to bring the Czech text closer to the original deep spiritual sense of this extraordinary work for the first time.