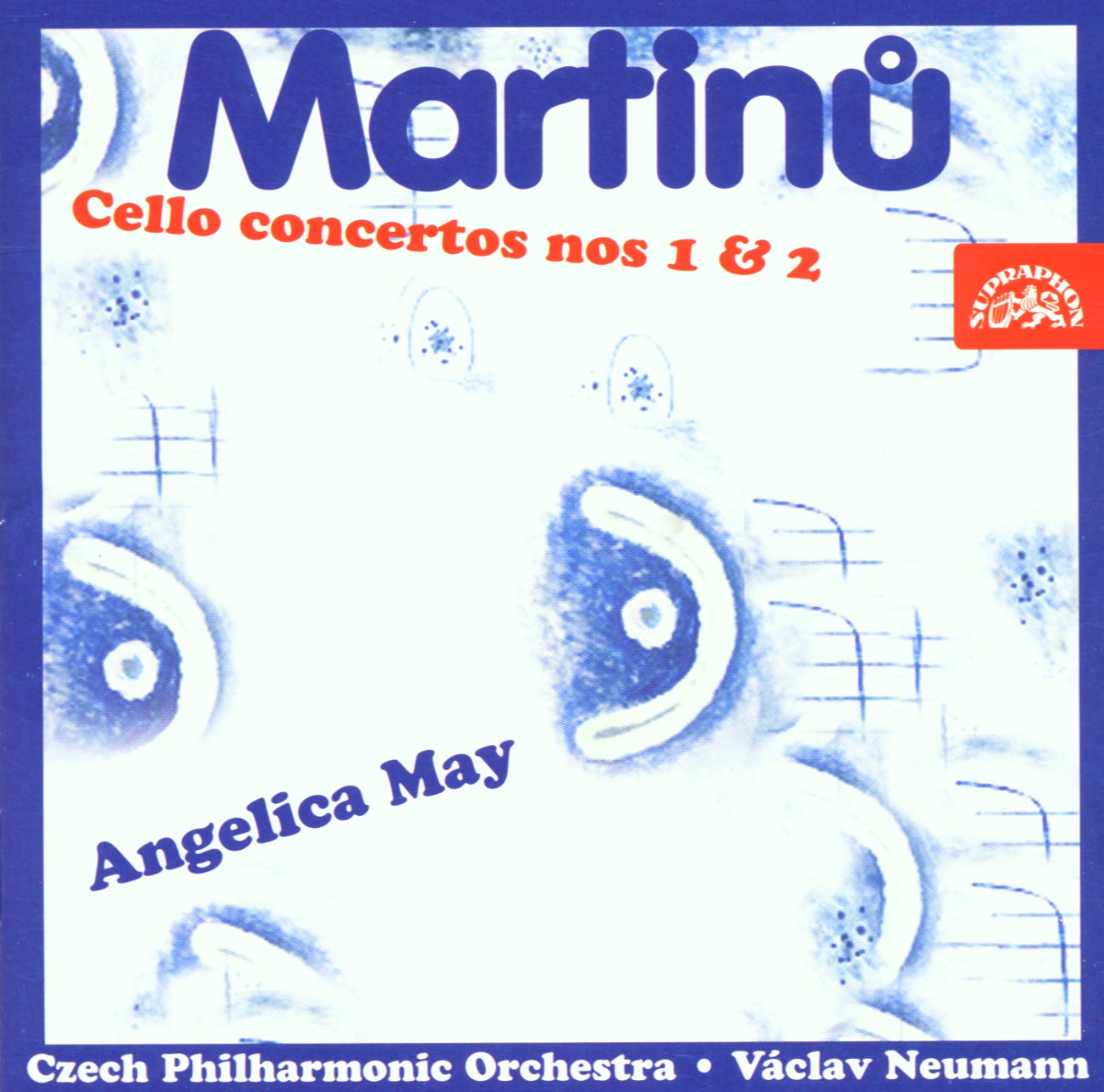 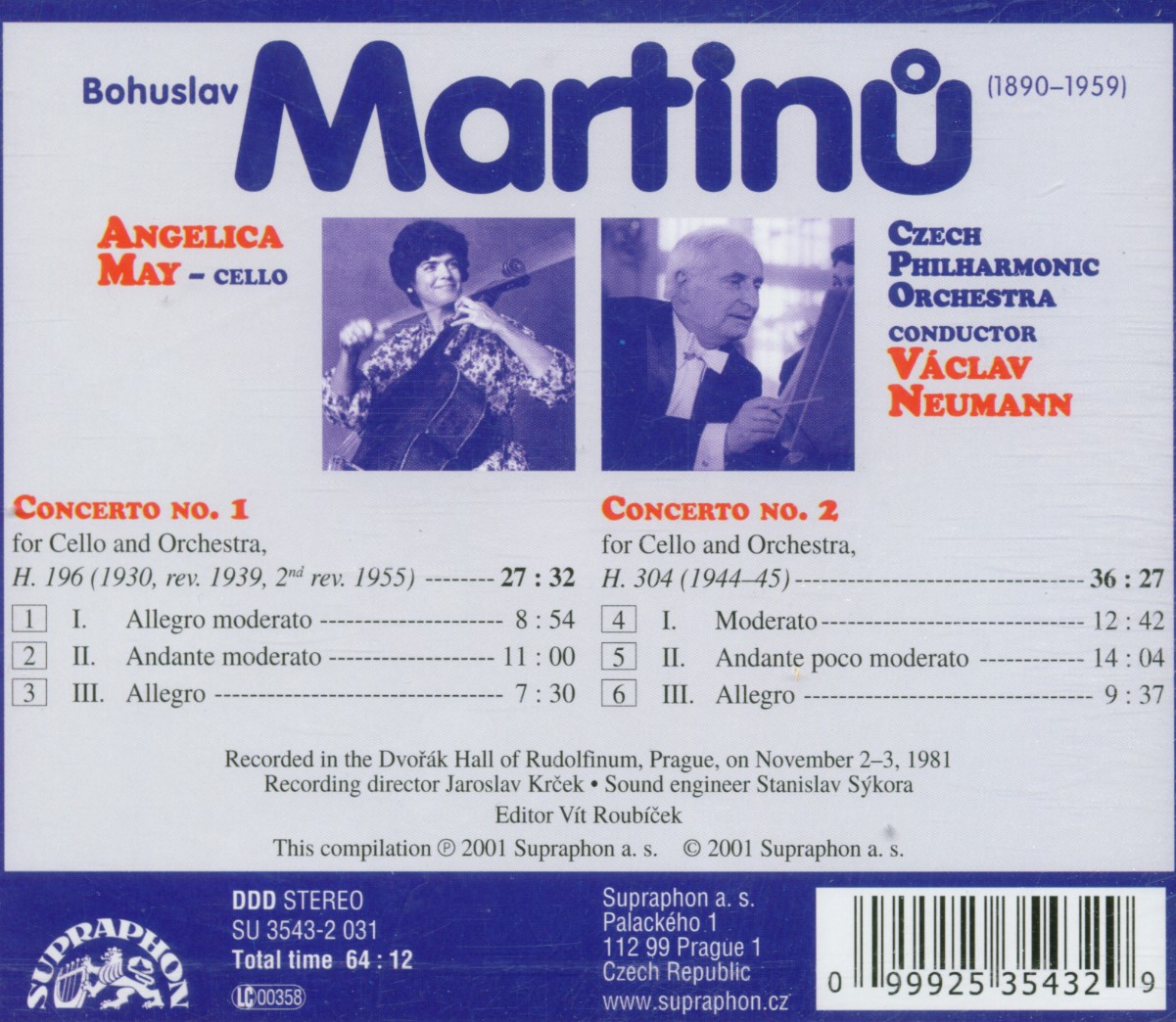 In the impressive series of twenty-eight concertante instrumental works with orchestra accompaniment produced by Bohuslav Martinu (1890 - 1959), there are four compositions devoted to cello. Two of them are captured here, featuring the German cellist Angelica May.

The inspiring, suggestive atmosphere of Paris exerted a beneficial influence on the rapid development of Martinu´s talent, a process which soon yielded its first fruits. Their originality met with deserved attention in the composer´s home country and beyond its borders. Among those works was the first of his two cello concertos. The second one, which was written later, at the end of World War II, in New York, had an unusual fate in that it waited no less than two decades for its concert-platform premiere. It took place in 1965, thanks to the Czech cello virtuoso Sasa Vectomov. This is certainly not a work readily accessible at first hearing, and yet, those who are patient enough to get down to its core will be rewarded by the thoroughly sublime experience of savouring to the full its refined dialogue between cello and orchestra, climaxing by a cadence in the final movement. On this recording the solo part was delivered by Angelica May, an artist whose frequent visits of Prague contributed in her forming an affectionate and profound relation to Martinu´s music.