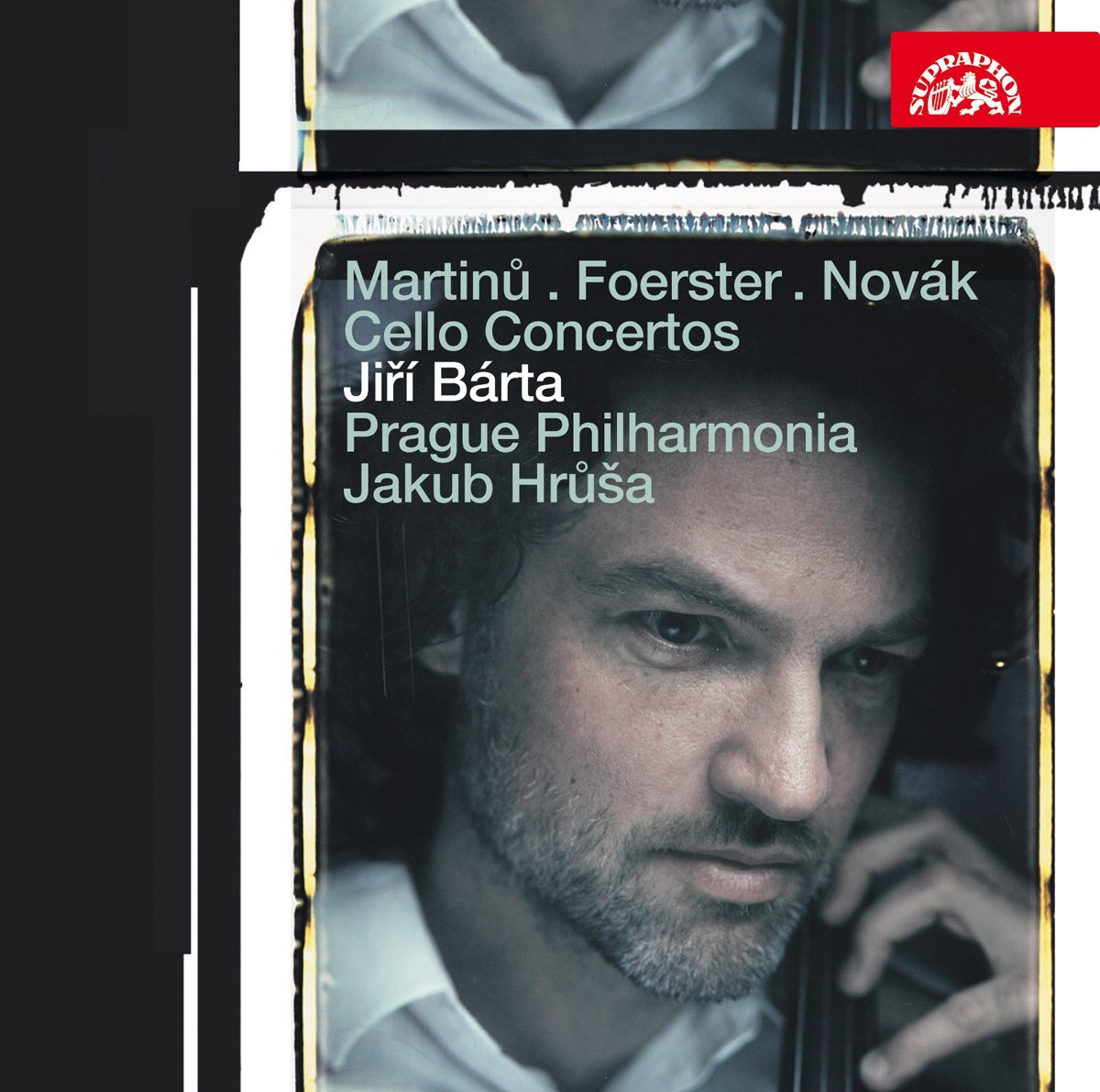 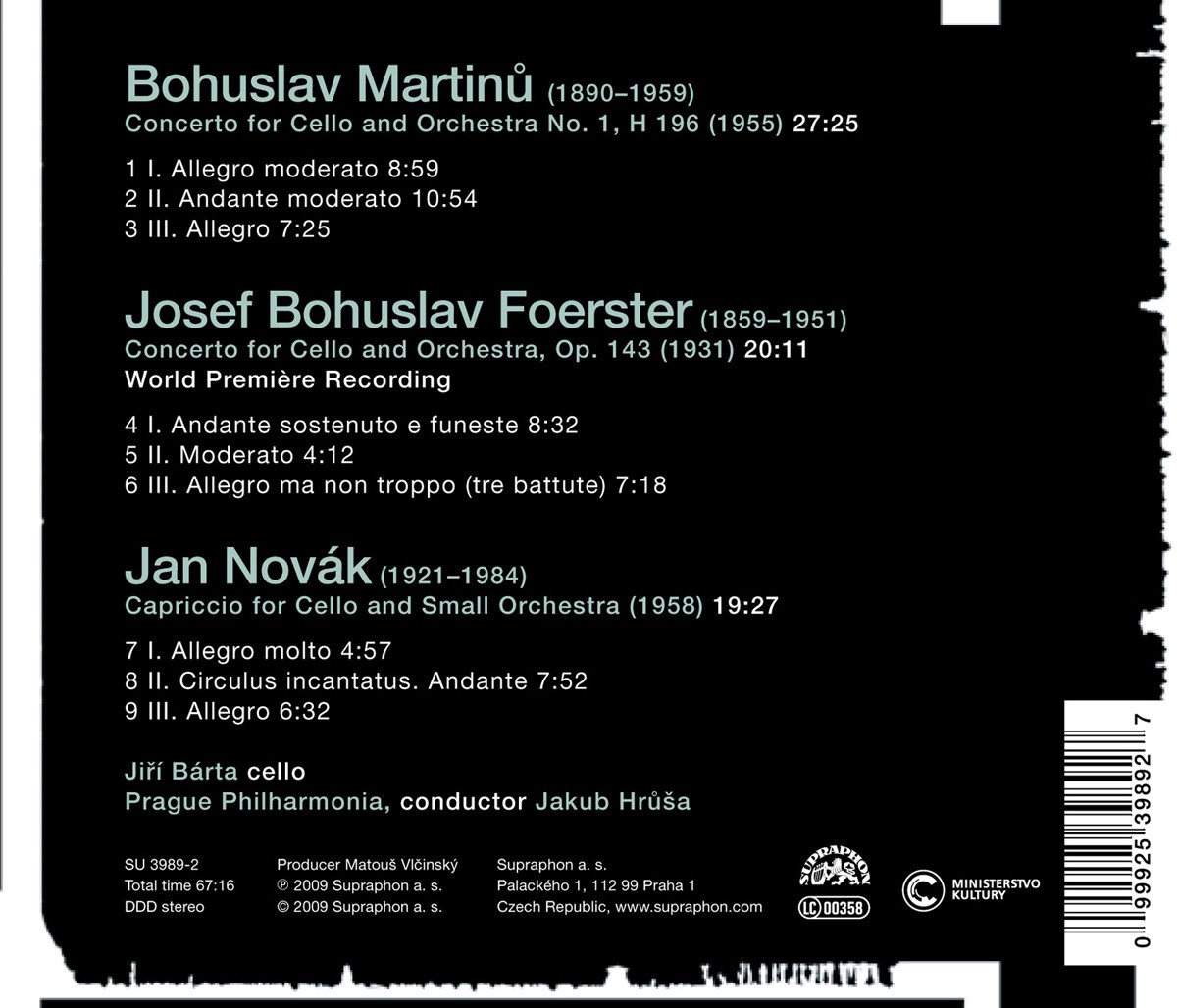 Jiri Barta, who for a number of years has been considered one of the finest cellists both at home and abroad, has certainly not chosen the three concertos on this CD at random. Bohuslav Martinu's first concerto, in the definitive 1955 version, is among the works Barta most cherishes and performs most frequently. At the same time, this opus bridges the imaginary space between the other compositions. Its first version originated in 1930, at the time when J. B. Foerster was completing his one and only cello concerto. This work of a composer with a Czech soul and European experience has its world premiere on this recording. From an entirely different world is Jan Novak's syncopated Capriccio, a piece with distinct jazz elements in which the solo instrument is accompanied by a big band. Novak, sharing with his teacher Martinu the fate of an emigre who would never again see his homeland, completed Capriccio a short time after Martinu, in the twilight of his life, gave his first concerto its definitive form. Capriccio too is released here for the first time on CD and features Jiri Barta accompanied by the best Czech chamber orchestra under its chief conductor, the rising star Jakub Hrusa.