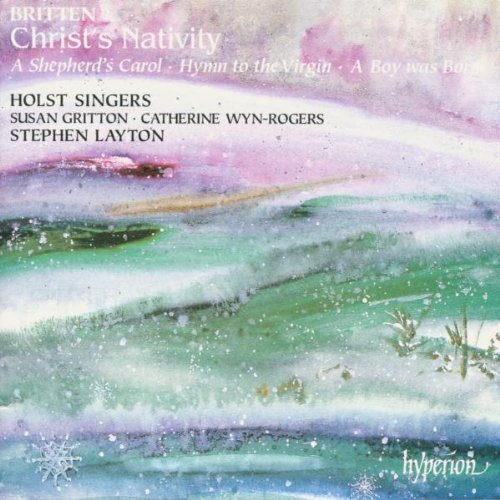 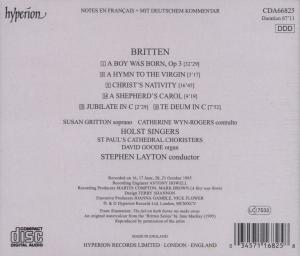 This recording brings together a selection of Britten’s choral music for Christmastide, a season much enjoyed by the composer to the end of his life and one in which he celebrated in an extraordinarily diverse manner. The earliest work is A Hymn to the Virgin, composed in 1930 to an anonymous fourteenth-century text. Christ’s Nativity is a fascinating work from Britten’s student days which is here receiving its premiere recording.

A Boy was Born has always been a central part of the repertoire. The sequence of five highly individual and virtuoso variations are set for mixed voices and boys’ choir while A Shepherd’s Carol, written in the 1940s after Britten’s return from America reflects the easy, laid-back approach of American popular music of that period.

'Their commitment to what they are singing rings out with every note. A Boy was Born is imbued with more ravishing feeling than I would have thought possible' (Organists' Review)