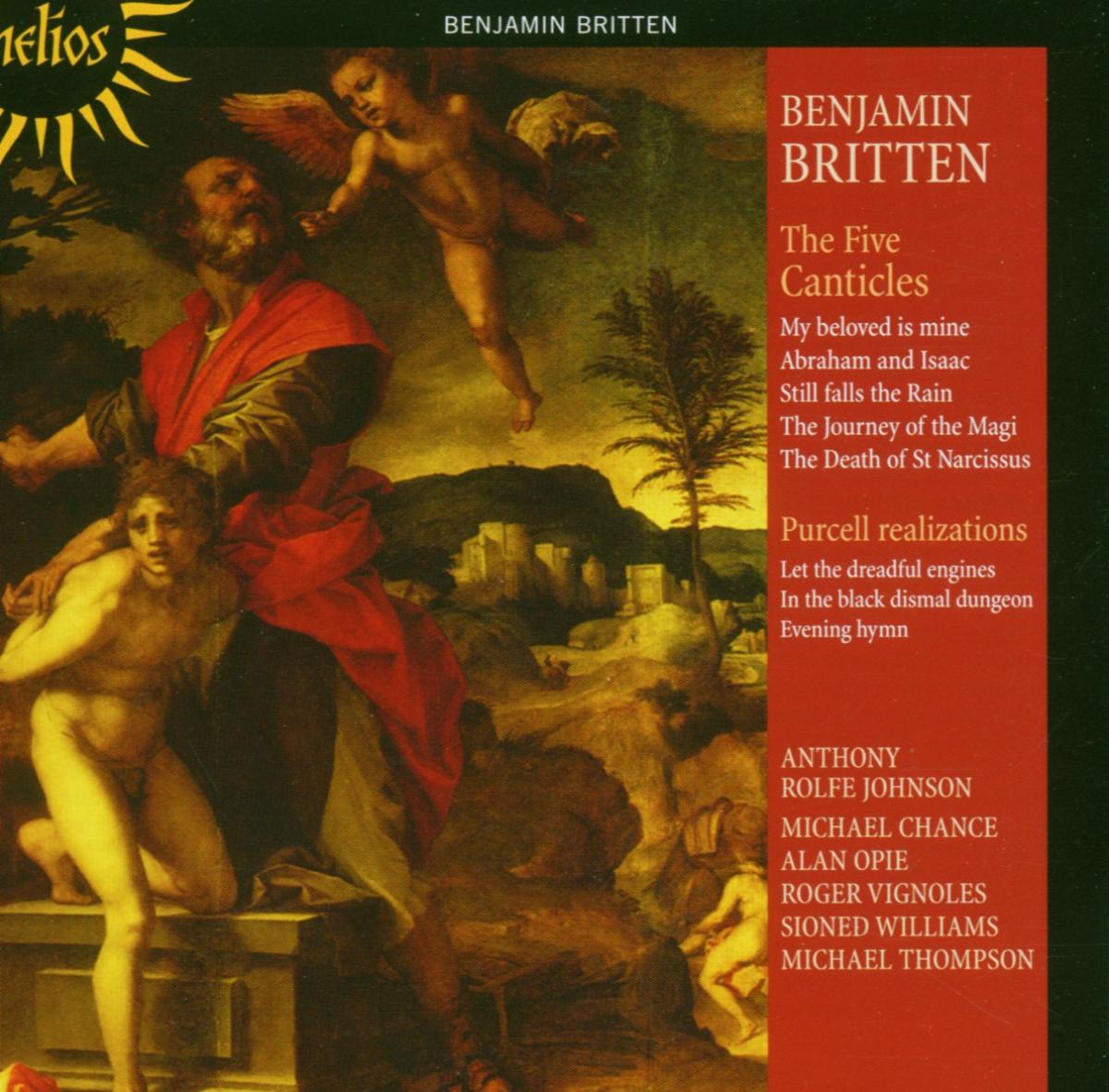 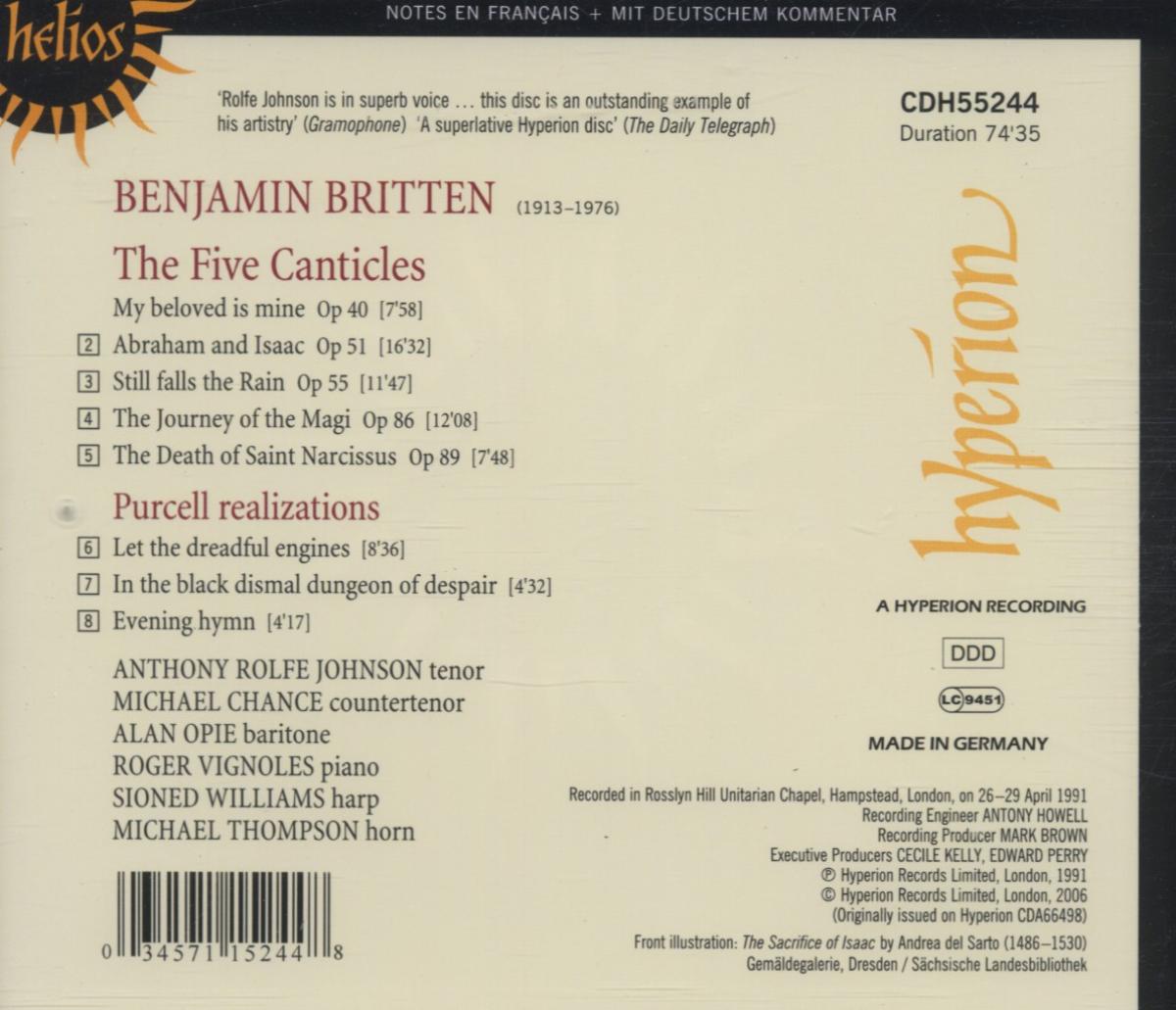 Benjamin Britten's Five Canticles were not conceived as a cycle or integrated series, but were written at various times during his career in response to particular circumstances. Nor is the word ‘Canticle’ used in its strictly liturgical sense, but rather to indicate a work with deeply religious implications, three of them being written as memorial pieces. Scored for different combinations of performers, they are longer and more sophisticated in construction than simple songs, and could best be described as miniature cantatas. The choice of texts reflects Britten’s wide interest in English verse of all periods.

'Rolfe Johnson is in superb voice ... this disc is an outstanding example of his artistry' (Gramophone)

'Most notable is the Hyperion team presided over by Anthony Rolfe Johnson, whose 1991 recording has become one of the jewels in the record label's crown ... Rolfe John's pairing with countertenor Michael Chance in Abraham and Isaac is deeply moving as they enact what is essentially a miniature drama, and the tenor's mellifluous singing is a joy throughout this disc.' (Daily Telegraph)