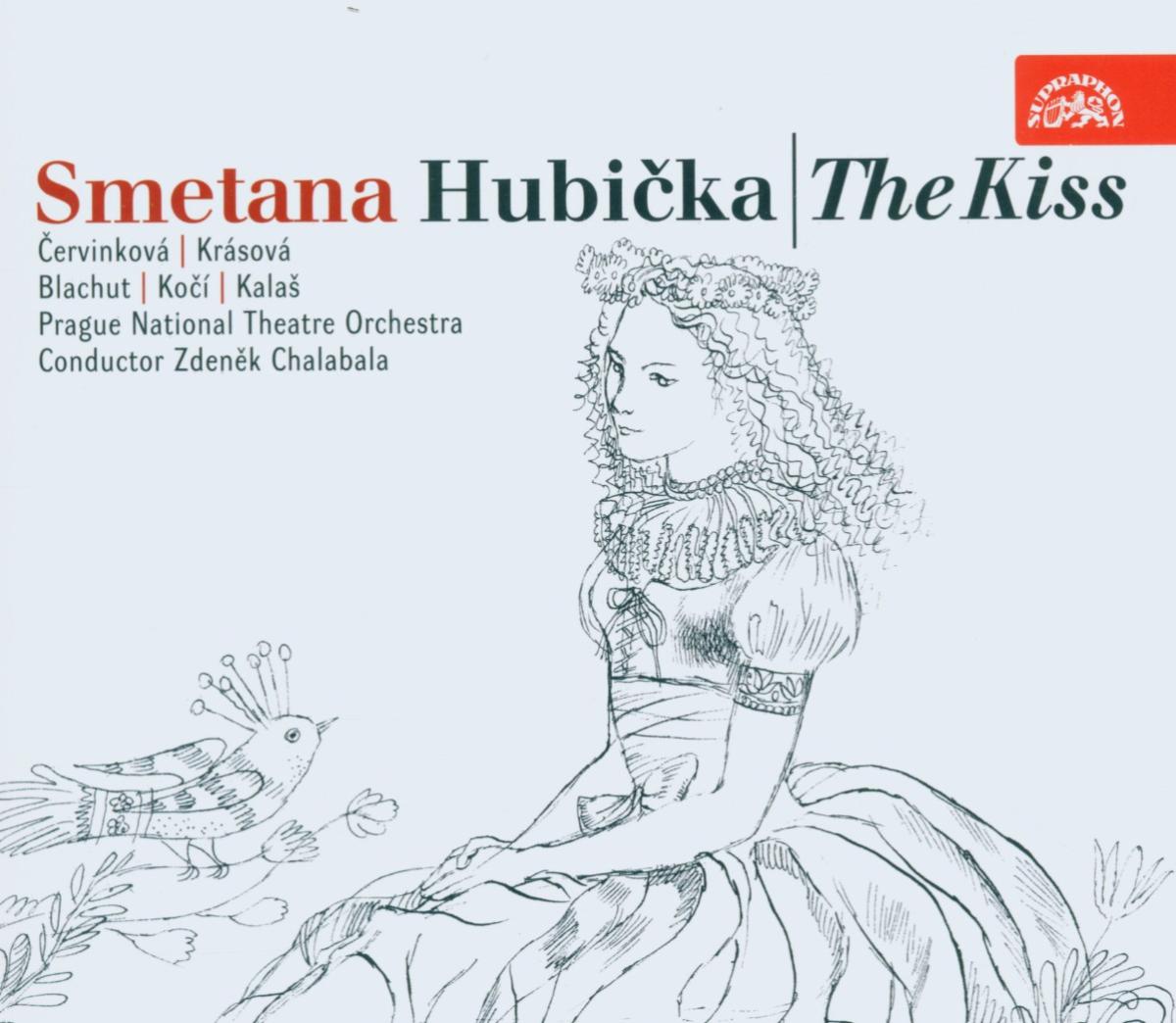 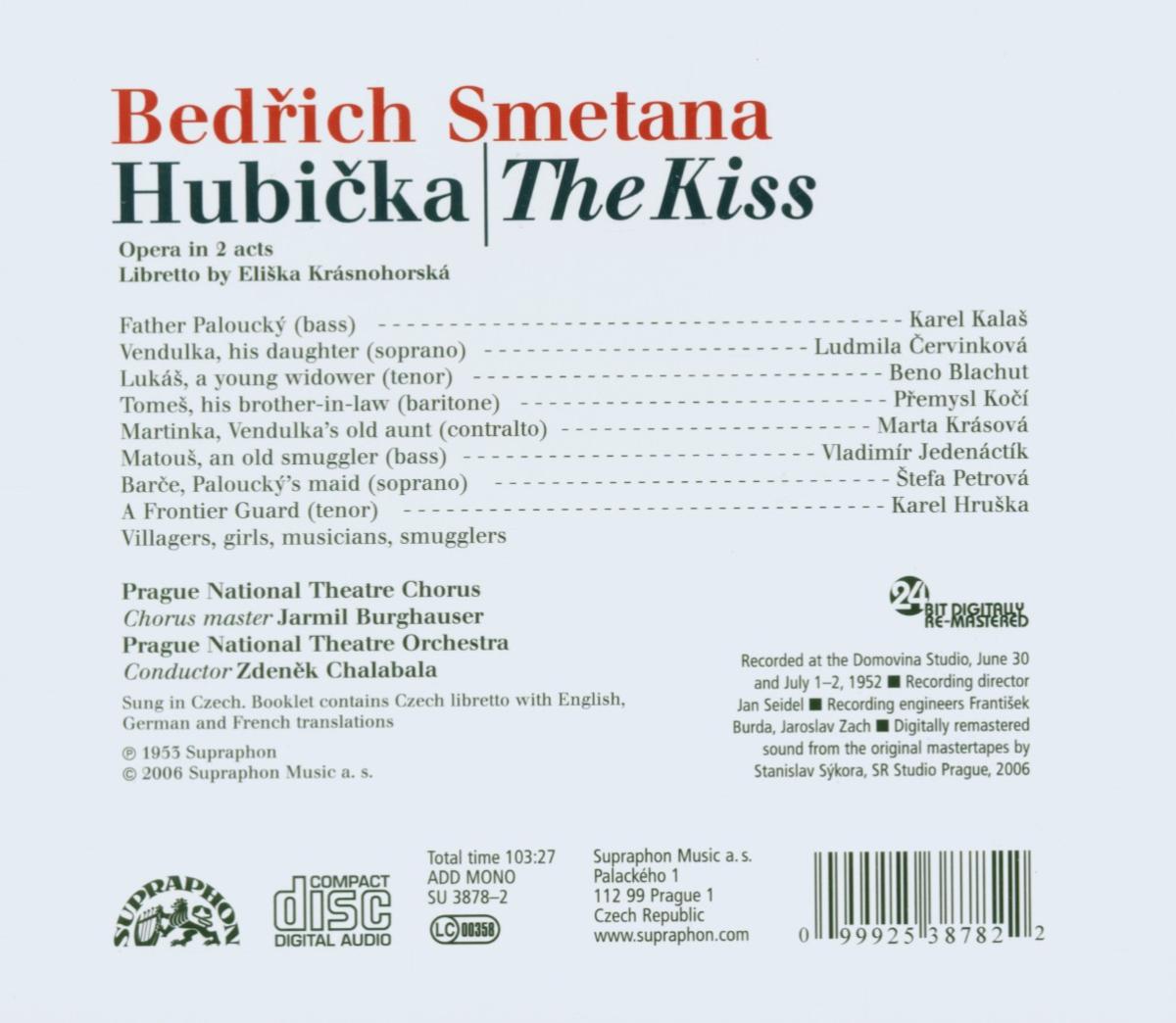 The comic opera The Kiss, based on a libretto by Eliska Krasnohorska, was Bedrich Smetana's sixth opera. It was completed in the summer of 1876, premiered in the fall of the same year at the Provisional Theater, and quickly entered the repertoire, becoming the second most often played opera in Prague (after The Bartered Bride). It is still tremendously popular - in the Czech Republic alone there have been roughly 180 productions, both professional and amateur, including 15 at Prague's National Theater.

This 1952 recording of The Kiss is one of the treasures of the Supraphon archive. Conductor Zdenek Chalabala, a Smetana connosieur, cast the best soloists of the National Theater in the leading roles, names which today are legendary musical personalites - Ludmila Cervinkova, Beno Blachut, Marta Krasova. This recording should be in the library of every Czech opera lover.