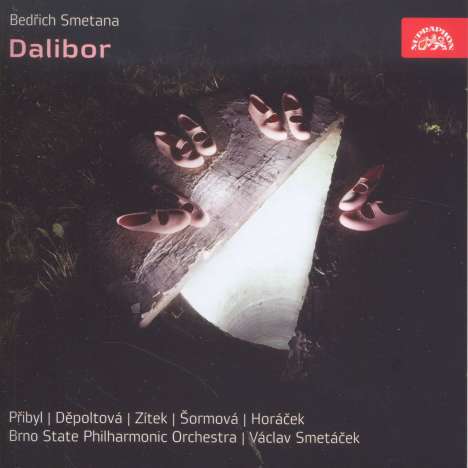 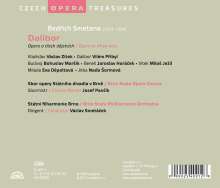 Nur noch 1 Stück am Lager. Danach versandfertig innerhalb einer Woche (soweit verfügbar beim Lieferanten)
EUR 10,99*
Versandkosten
Bedřich Smetana's opera Dalibor resembles a heroic canvas with miniature paintings of emotional turmoil in men's hearts. The story which drew on the historical reports from 1497-1498 enabled the librettist Josef Wenzig to develop potent situations, some of which had already proven effective. Nevertheless, the composer chose another approach. The musical interpretation of the story, the characters and mainly their inner life was so autonomous and convincing that it made his final work timeless. He transformed the medieval subject matter of love at first sight into a hymn about defiance and freedom. He equipped the opera with well-arranged leitmotifs and made his characters musically vivid far beyond what the text had offered. The rebellious haughtiness of the main hero was softened by emotional fervour whereas the main heroine's grievance was balanced by repentance. Moreover, the ruler who is supposed to punish crime reveals his sensible nature and the minor folk characters gain human dimension in the opera. Through the detailed composition and the ever-repeating omen of tragic end the work achieved its constant inner suspense. Arias, ariosa, duets, choirs as well as interludes are brought together in a vast scene which supports the arch of grand musical architecture, the shape of which is not similar to others. Smetana's Dalibor is well ahead of time due to its musical and dramatic properties. In addition, the demands for recitation make it progressive as well. The challenging voice parts of the main characters ranging from lyrical fineness to the dramatic vintage performance along with the emphasis on the powerful interpretation did not have their counterpart in the Czech opera until the time of Dalibor's premiere in 1868.(supraphon. com)