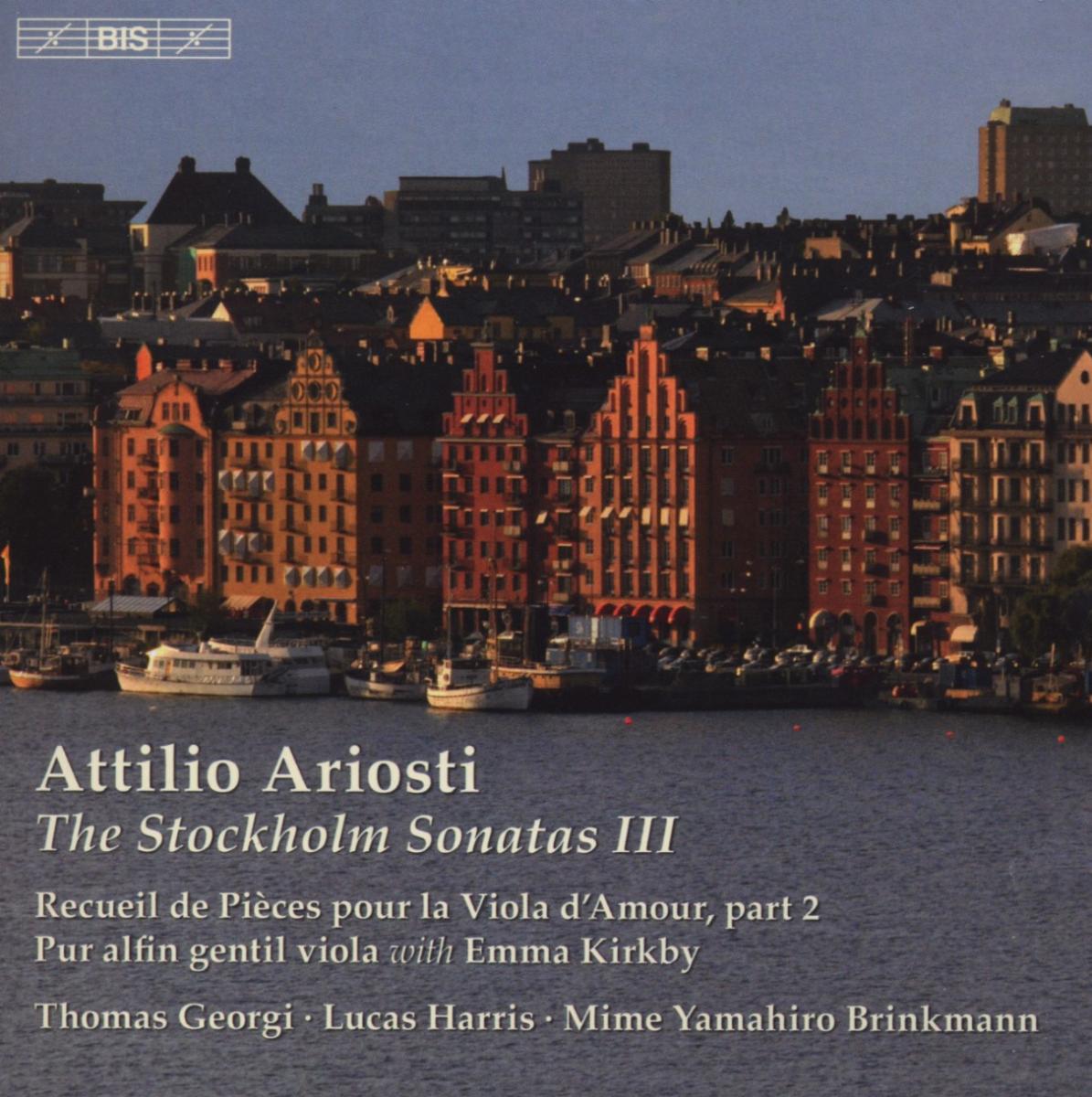 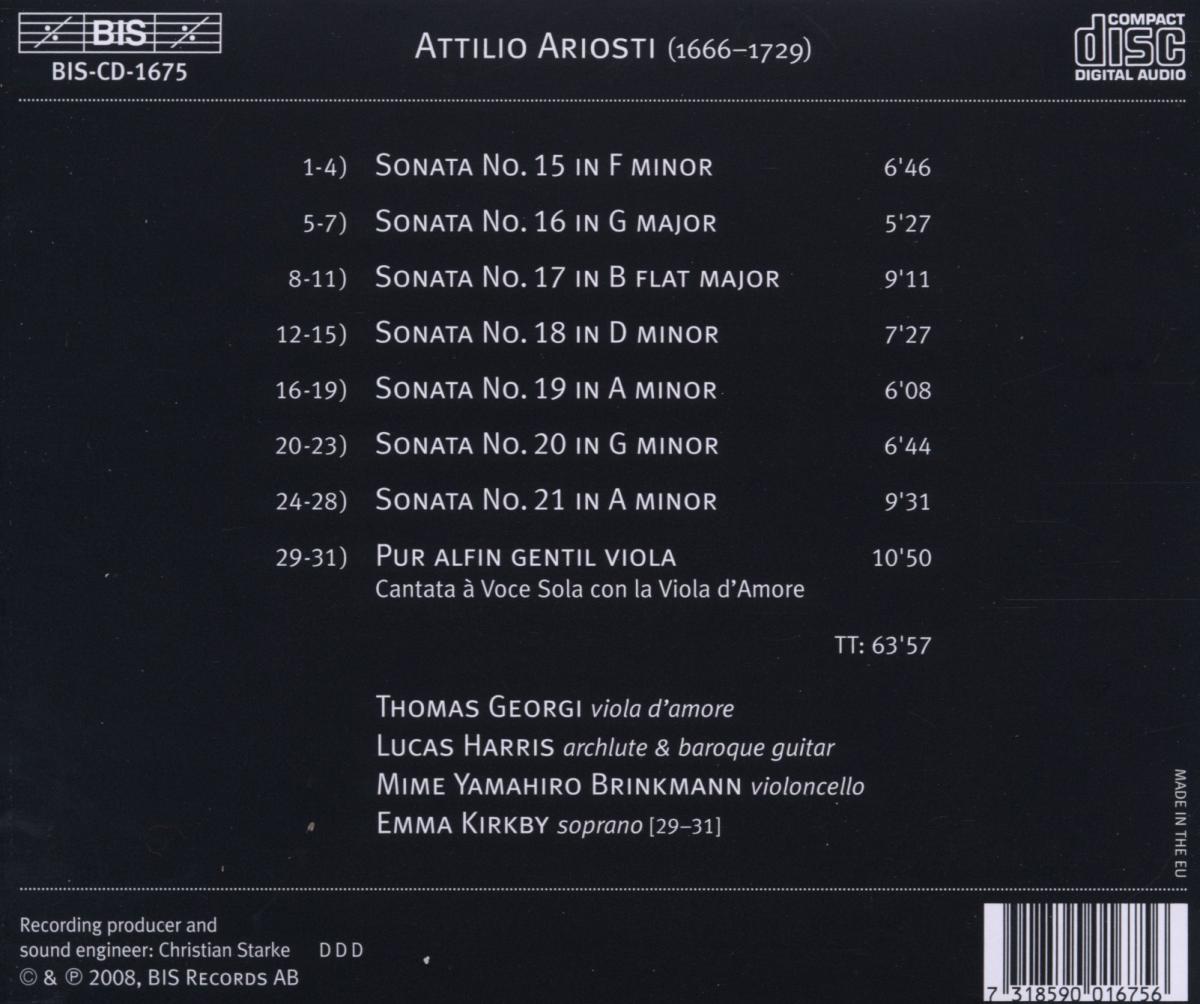 Bewertung:
lieferbar innerhalb einer Woche
(soweit verfügbar beim Lieferanten)
EUR 19,99*
Portofrei innerhalb Deutschlands
This disc concludes the expert – in more than one aspect – traversal by Thomas Georgi of the works for viola d‘amore by Attilio Ariosti (1666–1729). The 79 movements, falling into groups and forming 21 ‘sonatas‘, stem from two different sources – a ‘Collection of Lessons for the Viol d‘Amour‘ published in London in 1724, and a manuscript copy made by the Swedish composer Johan Helmich Roman during his student years in London in the late 1710s. This manuscript, entitled ‘Recueil de Pièces‘, has been preserved in the Music Library of Sweden in Stockholm, which is the reason for Thomas Georgi choosing the title Stockholm Sonatas for his three discs. The two predecessors have been warmly received, for instance in American Record Guide: ‘Even if the playing were ordinary (and it is very far above that!), these recordings would merit praise and attention because they are a testament to the energy, perseverance, attention to detail, imagination, and solid musical sense that is required by any musician who wants to bring old music to life. Thomas Georgi‘s accomplishment is a triumph… In both discs the playing brims with grace, unity, assurance, and great beauty.‘ As before, Thomas Georgi contributes not only inspired performances, but also a highly readable and informative essay explaining his approach to this little-known music. The present programme also includes a final flourish: a guest appearance by Emma Kirkby in Pur alfin gentil viola, a cantata for solo voice and viola d‘amore. Here the humble and constant violet prevails over the proud and haughty rose. To Georgi, and possibly to Ariosti himself, the violet by association comes to represent the viola d‘amore, and all the greater is the joy as the cantata text proclaims it ‘Regina del Prato‘ – Queen of the Meadow!