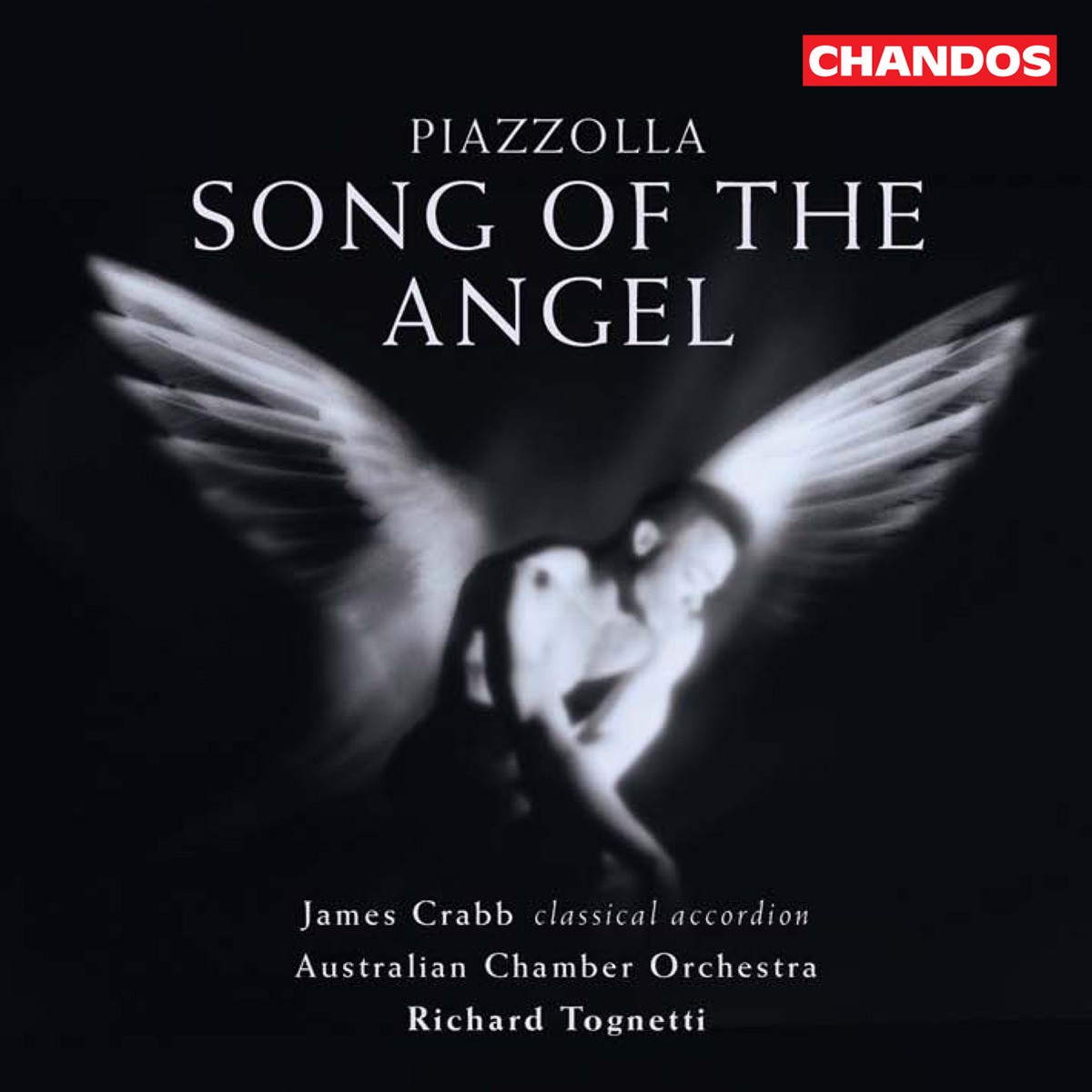 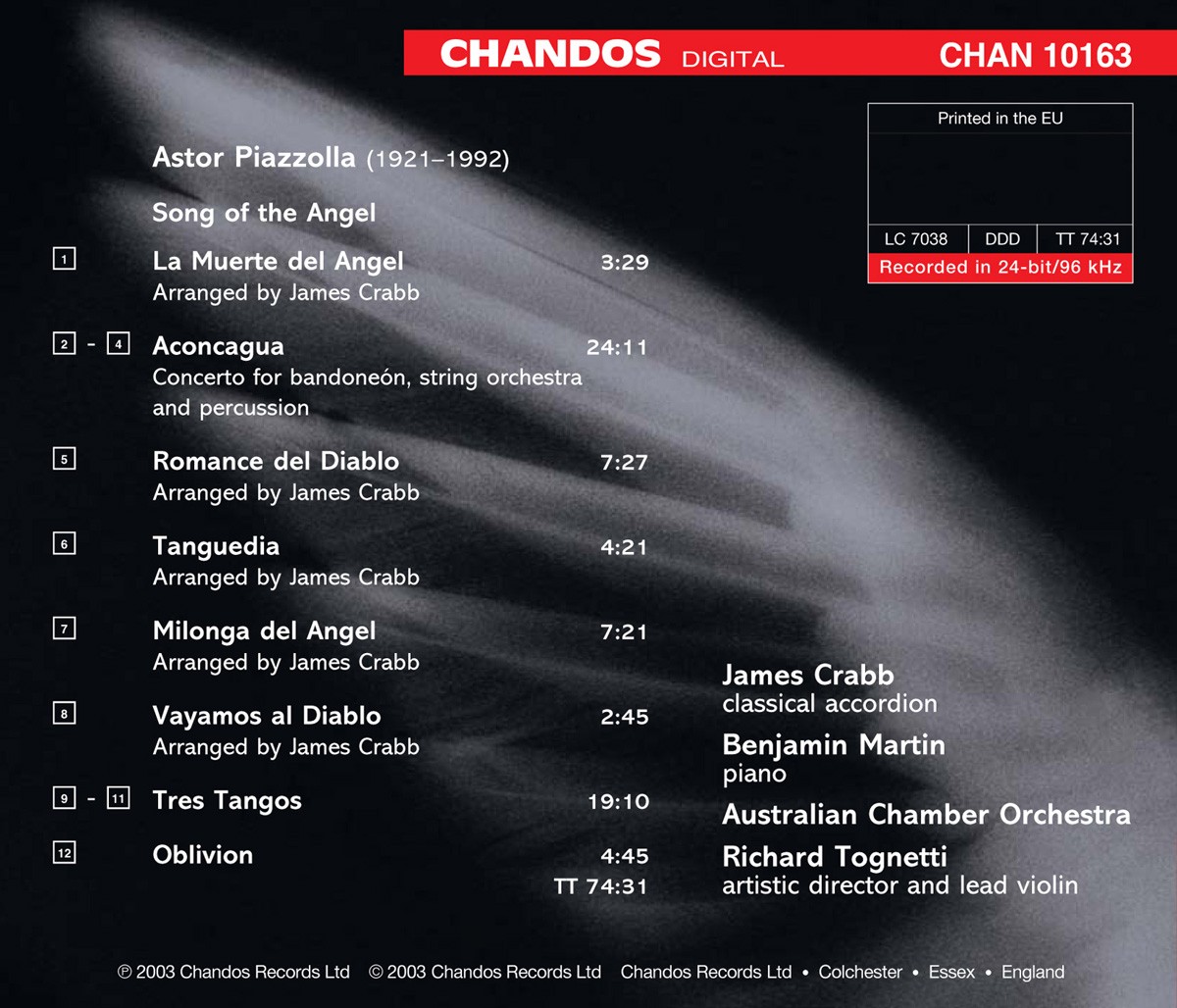 "From his earliest student days, Piazzolla had harboured the ambition to compose large-scale symphonic music in addition to the more compact tango-inspired pieces for which he remains best remembered. It was somewhat inevitable, therefore, that he would at some point compose a full-scale concerto for bandoneón and orchestra. This three movement work was first performed in Buenos Aires in 1979. After the composer’s death, his agent and publisher decided to give the work a more poetic name. ‘Aconcagua’ is the name of the highest peak in the Andes and Piazzolla’s agent chose this name as he felt that the concerto represented the creative summit of the composer’s achievements. When Piazzolla recorded or performed Aconcagua, he liked to couple it with another substantial work for bandoneón and orchestra, Three Tangos.

The other works included in the present recording are representative of the more concentrated style Piazzolla achieved in his short pieces for tango quintet. Milonga del Angel is one of several compositions to which Piazzolla gave the title ‘milonga’ (a nineteenth-century dance, close in idiom to the tango).The piece belongs to a series of ‘Angel’ works, which also includes La Muerte del Angel. The ‘Angel’ series as a whole remains far better known than the parallel series of ‘Diablo’ pieces. Piazzolla composed several pieces with the title ‘Tanguedia’; this example characterised by a pulsating and percussive rhythmic drive. Oblivion is a popular extract from a score Piazzolla composed for a film version of Pirandello’s play Enrico IV.

Given the Australian Chamber Orchestras customary clarity and bite, the music comes across as clean-cut and invigorating, resplendently recorded. BBC Music Magazine

More gorgeous playing radiates from the new Chandos CD by the Australian Chamber Orchestra and their firebrand leader Richard Tognetti… the ACO respond to Sculthorpes vivid imaginings with such wild and succulent playing that you easily succumb… This is a very rewarding disc. The Times on CHAN 10063 (Sculthorpe)

…convincing in almost every respect, the performers achieving a miraculous unanimity of ensemble while achieving the necessary element of spontaneity and urgency that underpins the works narrative. "BBC Music Magazine ‘Pick of the Month’ on CHAN 10016 (Szymanowski, Janácek and Haas)"