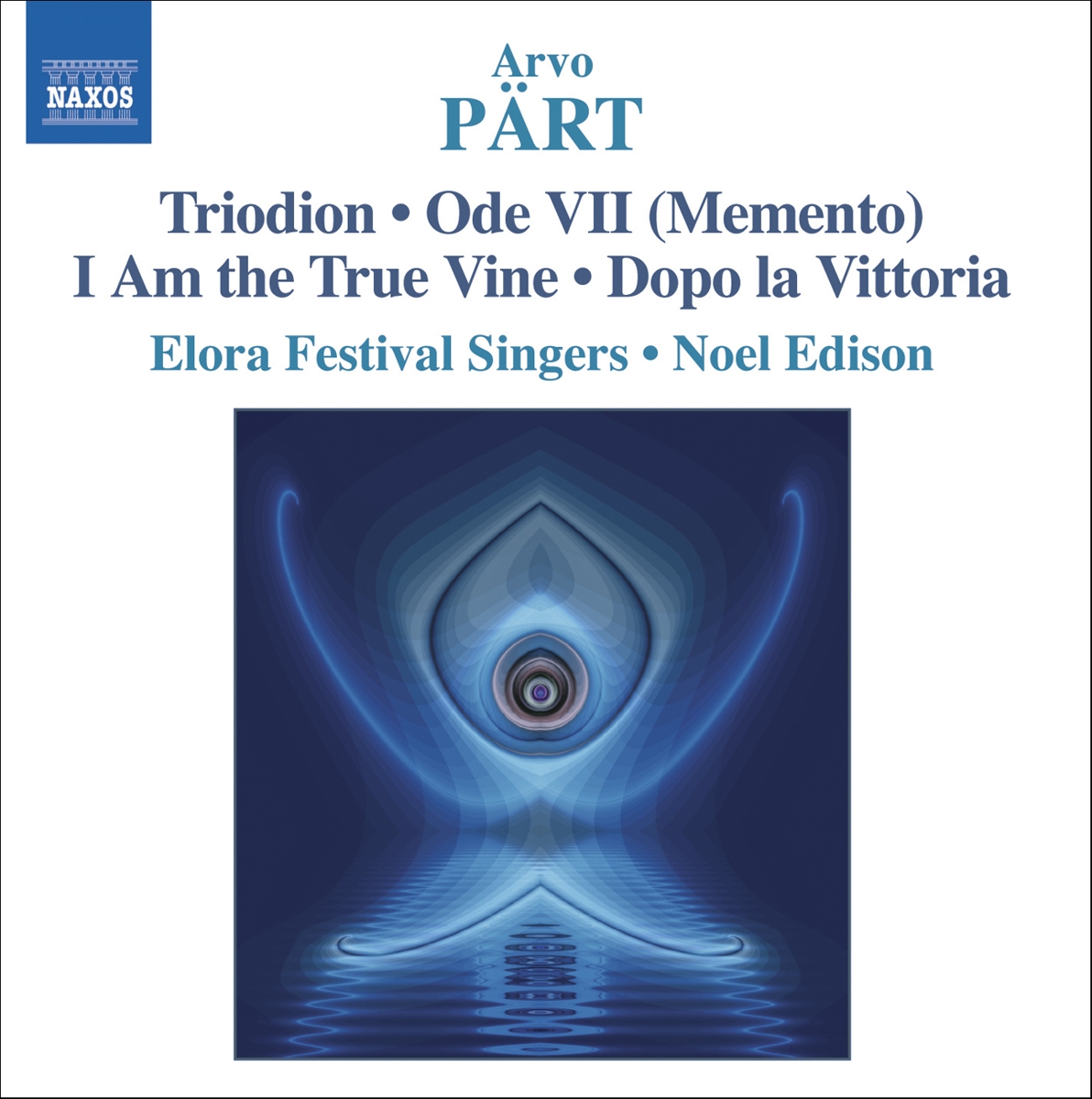 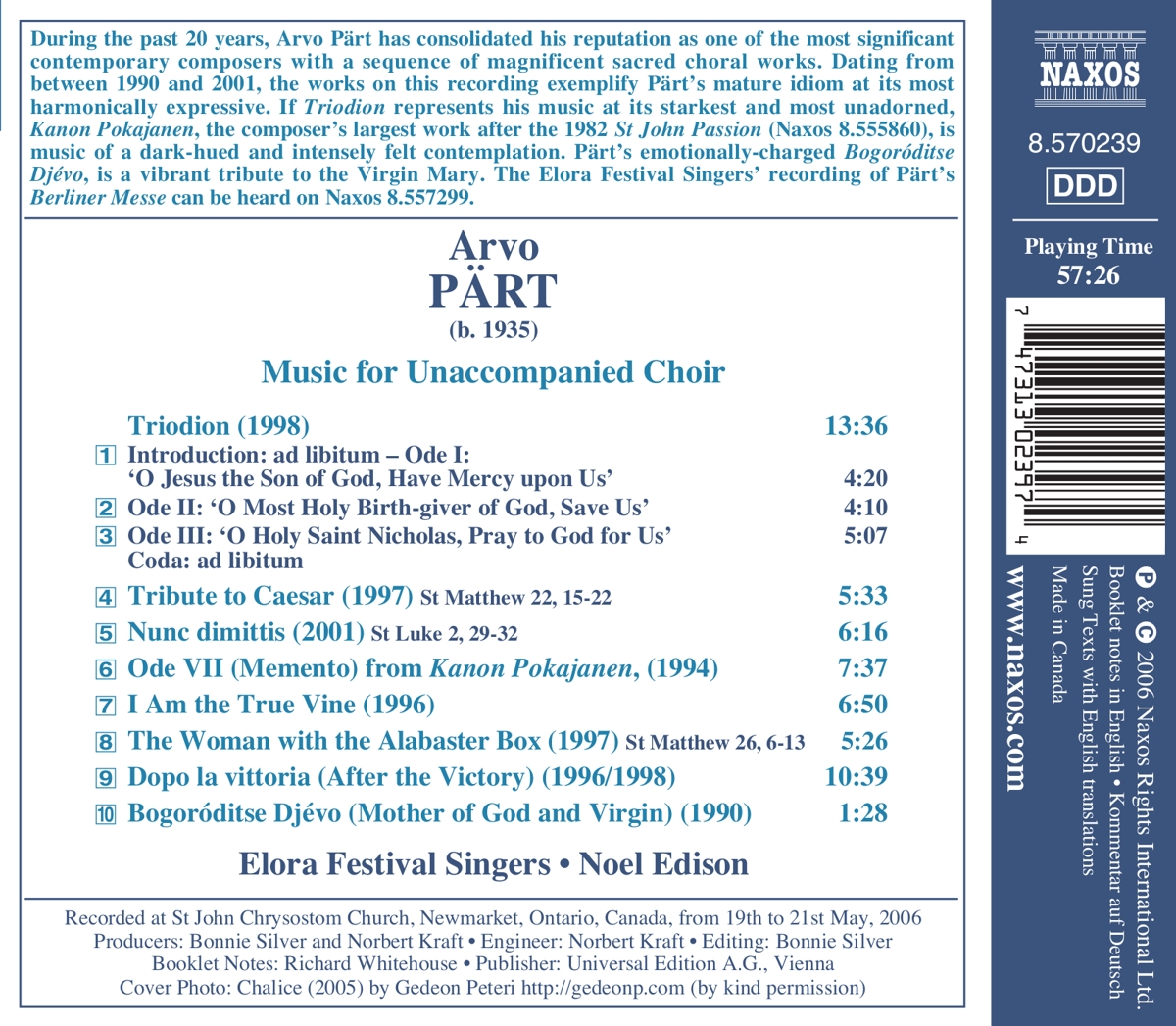 Bewertung:
umgehend lieferbar, Bestand beim Lieferanten vorhanden
EUR 9,99*
Versandkosten
During the past 20 years, Arvo Pärt has consolidated his reputation as one of the most significant contemporary composers with a sequence of magnificent sacred choral works. Dating from between 1990 and 2001, the works on this recording exemplify Pärt's mature idiom at its most harmonically expressive. If Triodion represents his music at its starkest and most unadorned, Kanon Pokajanen, the composer's largest work after the 1982 St John Passion (Naxos 8.555860), is music of a dark-hued and intensely felt contemplation. Pärt's emotionally-charged Bogor'ditse Dj'vo, is a vibrant tribute to the Virgin Mary. The Elora Festival Singers' recording of Pärt's Berliner Messe can be heard on Naxos 8.557299.