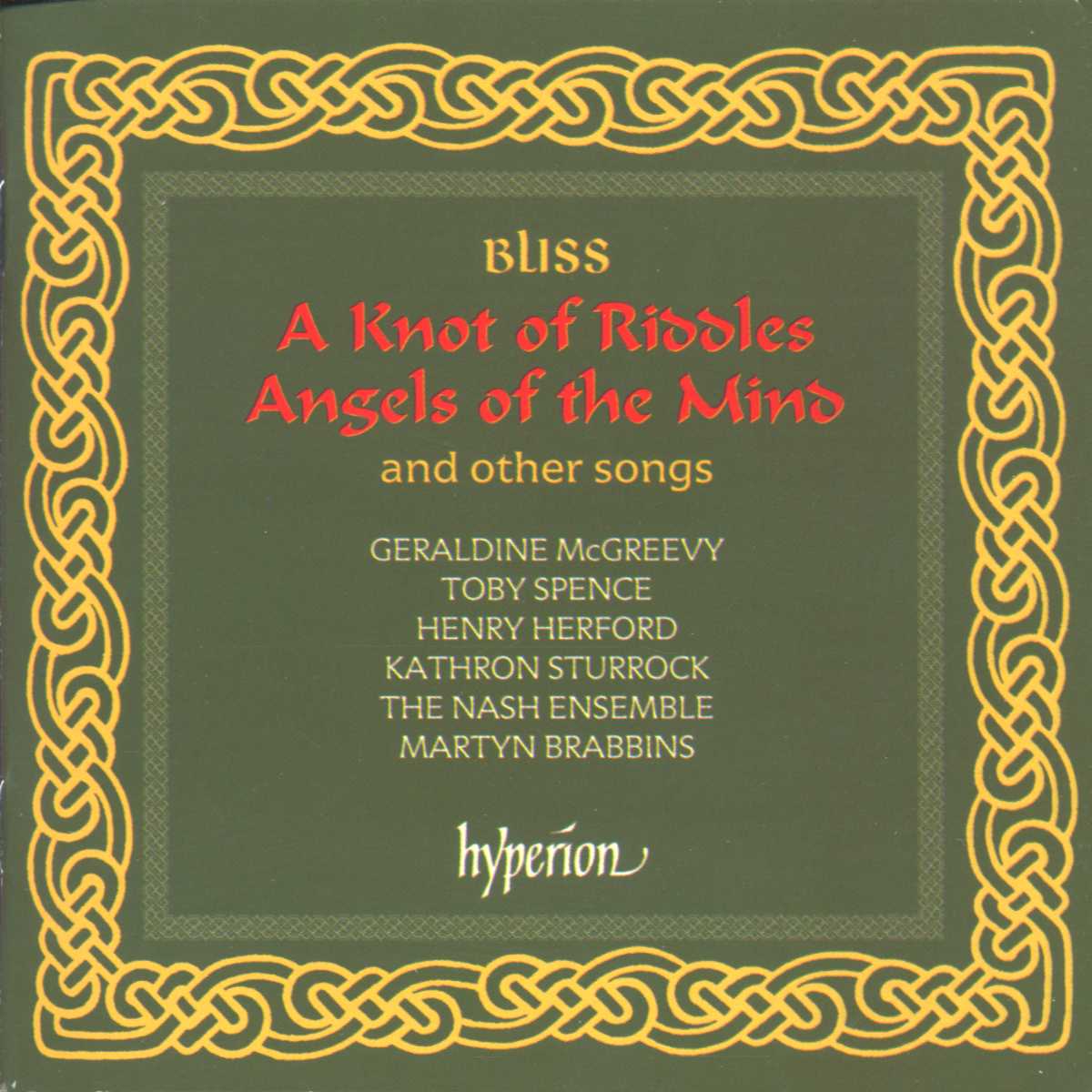 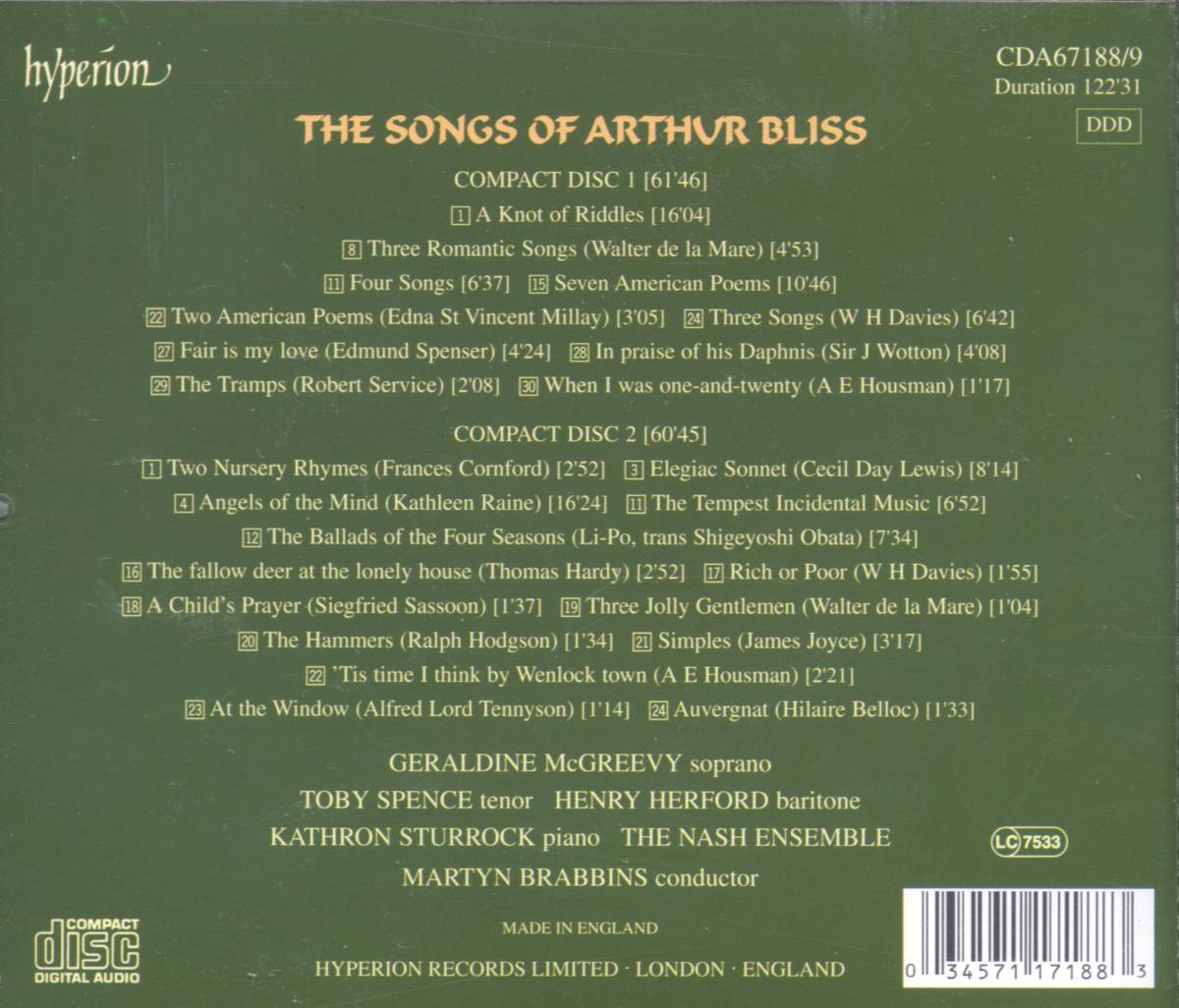 This 2-CD set presents the most comprehensive recording yet of the songs of Sir Arthur Bliss—which turns out to be a surprisingly varied output dating from all periods of his life. There are many first recordings here, and in fact many of the songs are virtually unknown. The poets range from the eighth-century Li-Po and early English to Housman, Hardy, Walter de la Mare and Kathleen Raine (the cycle Angels of the Mind), with a strong showing of the American writers Edna St Vincent Millay and Elinor Wylie. (Bliss was half-American himself.)

The Nash Ensemble provides the varied instrumental backings for the many songs which are not accompanied by piano alone.

The set comes with generous notes by Giles Easterbook and complete texts.

'This double album is a revelatory document and a source of ever unpredictable delight ... These songs beg to be performed more often.' (BBC Music Magazine)

'Kathleen Raine's poems drew the best from Bliss: simple eloquence, bold, shining gestures and memorable images including a fine nocturne: they are masterly, and would alone make investigating this pair of discs worthwhile. Geraldine McGreevy sings them simply, purely and very movingly.' (Gramophone)

'A minor revelation ... [the songs] display the best features of the 20th-century song as an art form: the poetry is well-chosen, the music is quick-witted, and the accompaniments are as fascinating as the vocal line ... No sooner had the disc finished than I punched the start button again.' (Gramophone)

'This set marks yet another achievement by Hyperion in its splendid series of song releases.' (International Record Review)

Angels of the Mind

The Ballads of the Four Seasons