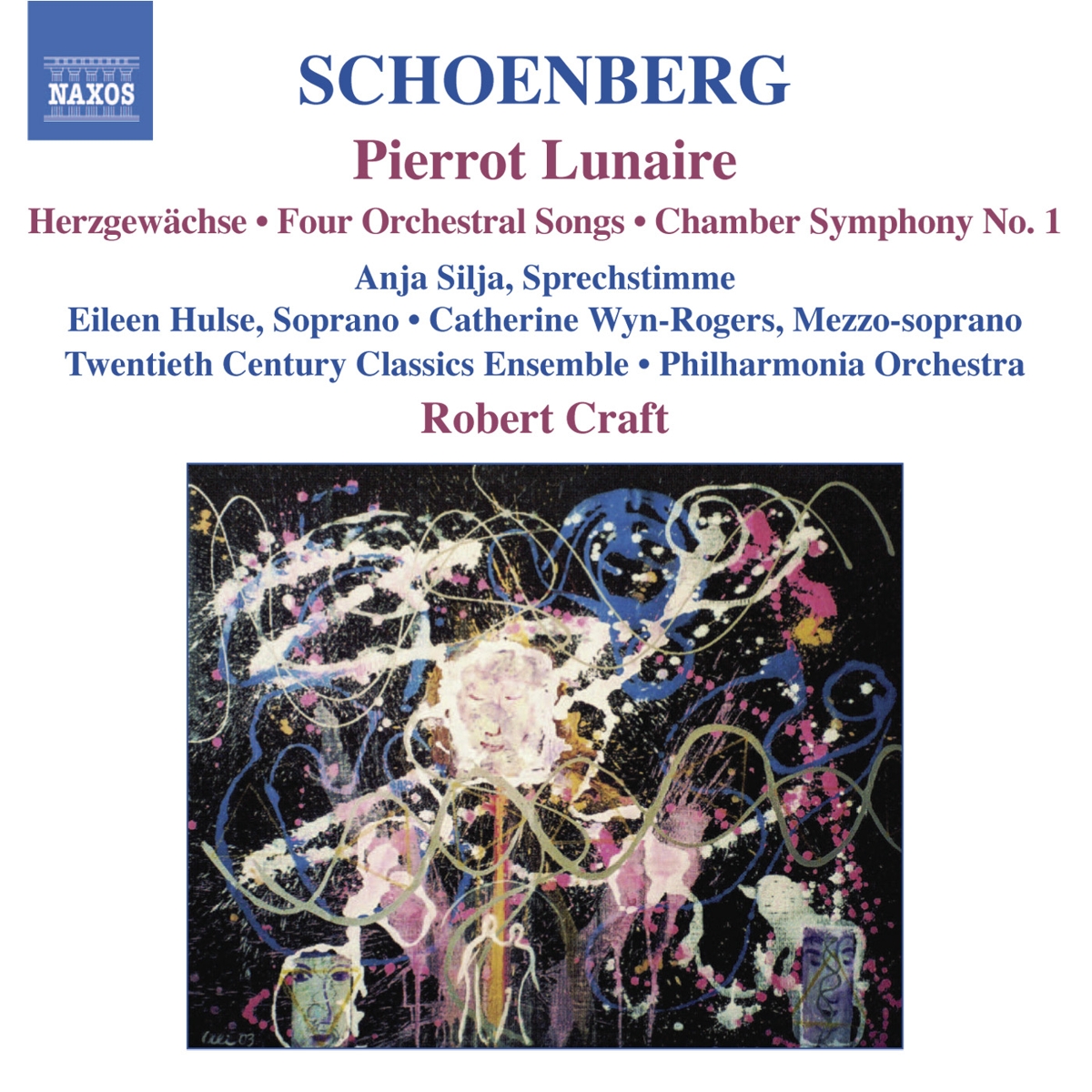 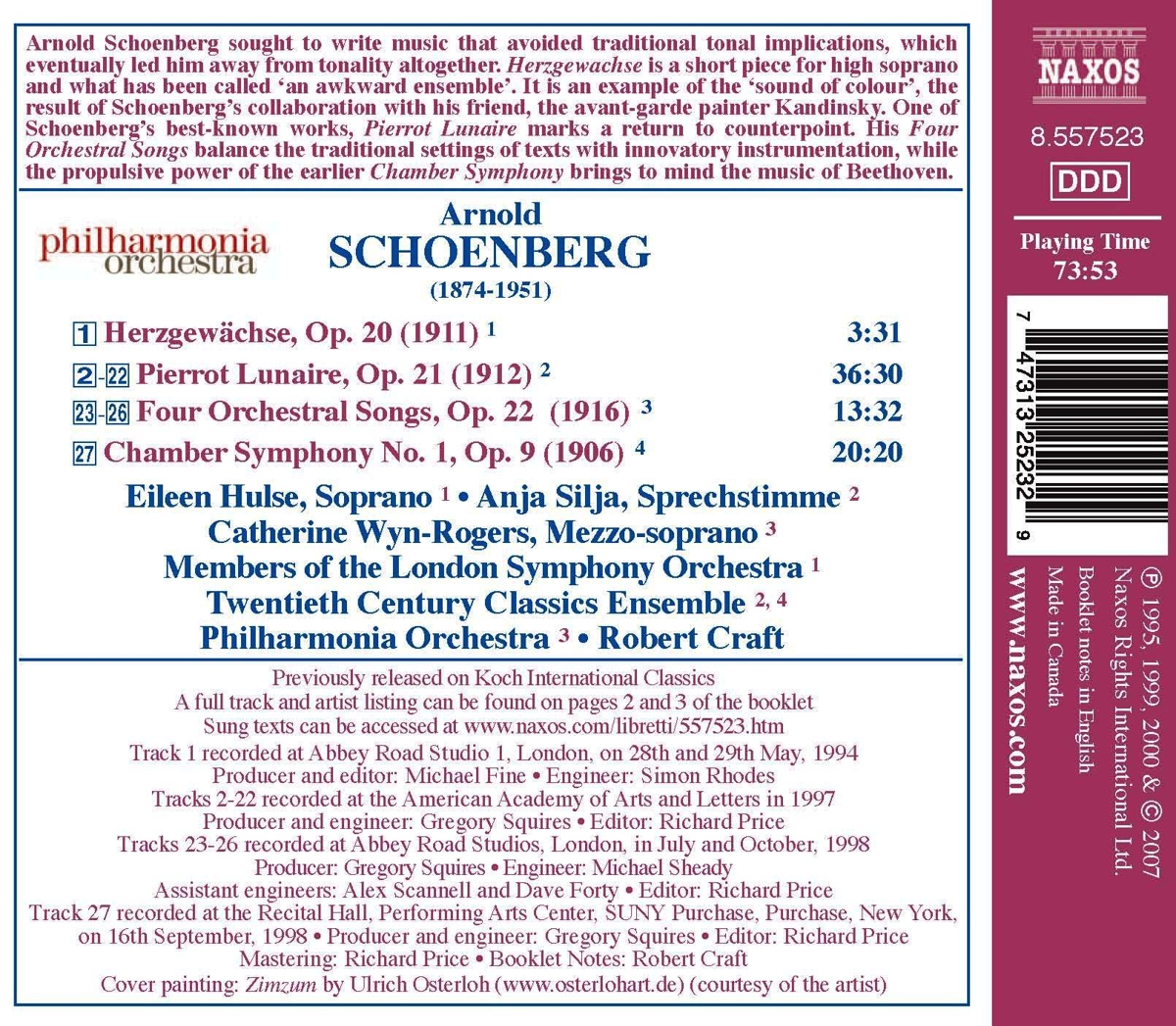 Bewertung:
umgehend lieferbar, Bestand beim Lieferanten vorhanden
EUR 12,99*
Versandkosten
Arnold Schoenberg sought to write music that avoided traditional tonal implications, which eventually led him away from tonality altogether. Herzgewächse is a short piece for high soprano and what has been called 'an awkward ensemble'. It is an example of the 'sound of colour', the result of Schoenberg's collaboration with his friend, the avant-garde painter Kandinsky. One of Schoenberg's best-known works, Pierrot Lunaire marks a return to counterpoint. His Four Orchestral Songs balance the traditional settings of texts with innovatory instrumentation, while the propulsive power of the earlier Chamber Symphony brings to mind the music of Beethoven.