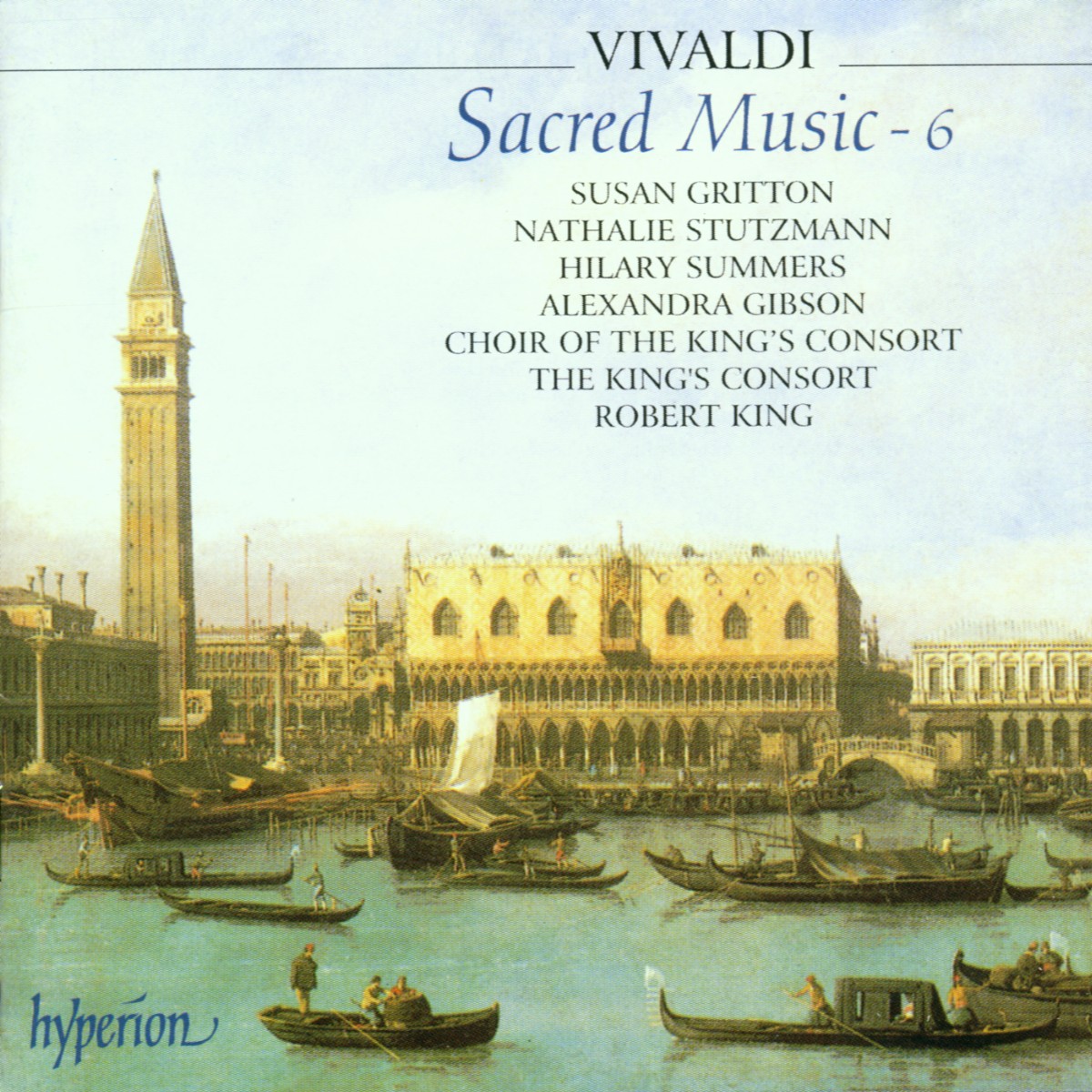 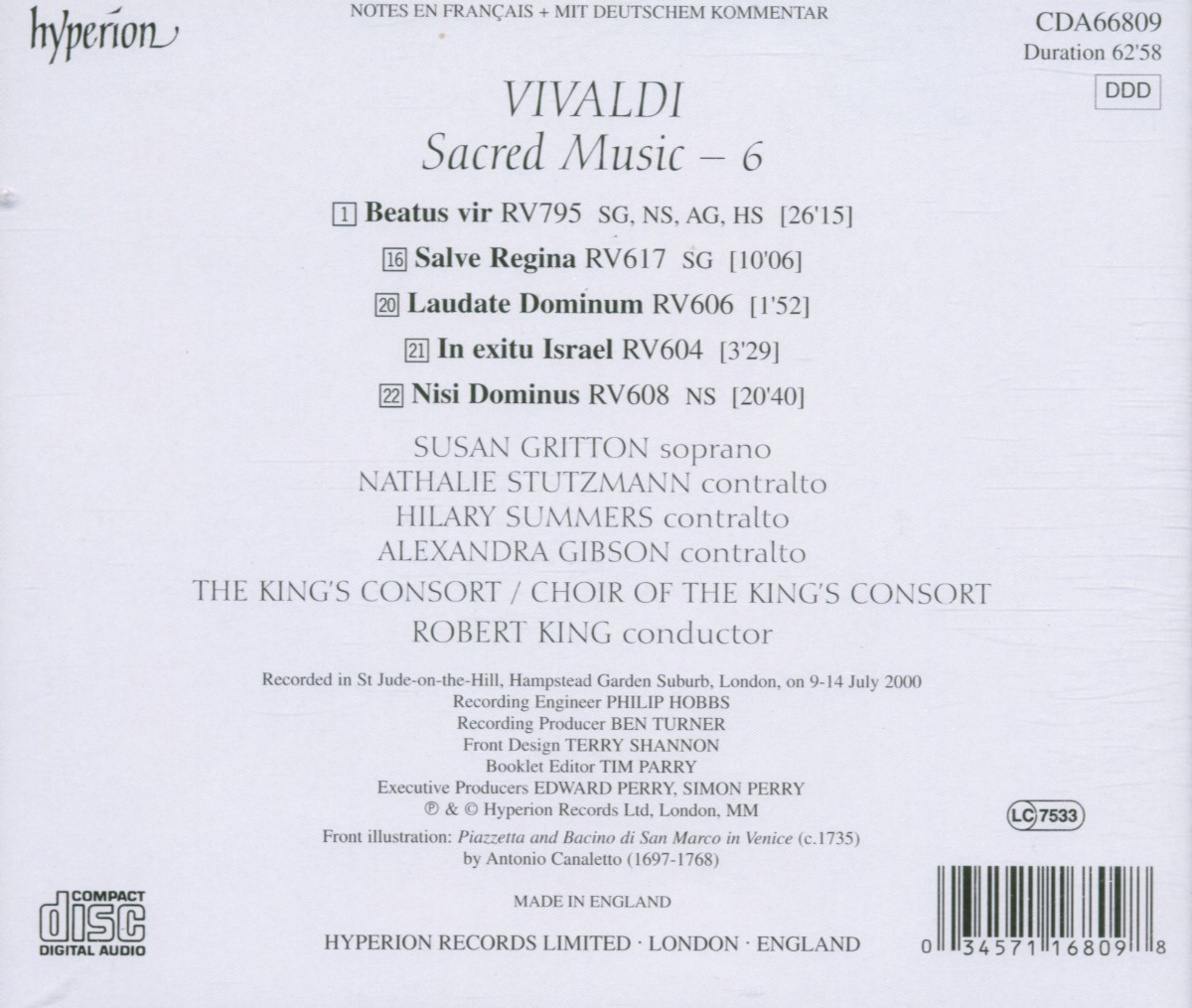 The first work on volume 6 is a major, rarely heard Vivaldi choral work, the setting of Beatus Vir, RV795. Alongside typically ebullient writing for chorus and orchestra, the work presents astonishing solo writing. Susan Gritton's soprano, it almost goes without saying, is glorious, but Vivaldi's girls at the Pietà also included special altos—youngsters who were trained to sing unusually low: Beatus Vir presents some of the most remarkable of all this writing, including one aria—Peccator videbit, performed by Hilary Summers—which is perhaps the lowest alto aria ever written! Alongside such peculiarities, there is much wonderful music, not least of all a rich trio In memoria aeterna.

Also on the disc come two splendid choral psalm settings, In exitu Israel and Laudate Pueri. Susan Gritton sings a gloriously lyrical solo motet Salve Regina, as devout and ardent a religious setting as Vivaldi ever wrote. Gritton is surely now one of the great Vivaldi singers of our generation.

The remarkable French alto Nathalie Stutzmann, after a string of highly acclaimed recordings for other labels, makes a long-awaited début on Hyperion singing the famous setting of Nisi Dominus. Her singing is full of colour, variety and nuance, also demonstrating the astonishing coloratura and breath control which has made her one of France's most sought-after stars.

‘Bravo to the King’s Consort, whose skilful performances are bringing this important repertoire to the attention of listeners as well as other performers’ (Schwann, USA)

'The performances fully live up to the remarkably high standards that informed the previous issues. A fine addition to one of the most rewarding series currently in progress' (Fanfare)

'Top marks again to King for his choice of soloists – in Stutzmann, above all, we have one of today’s best baroque voices' (Gramophone)