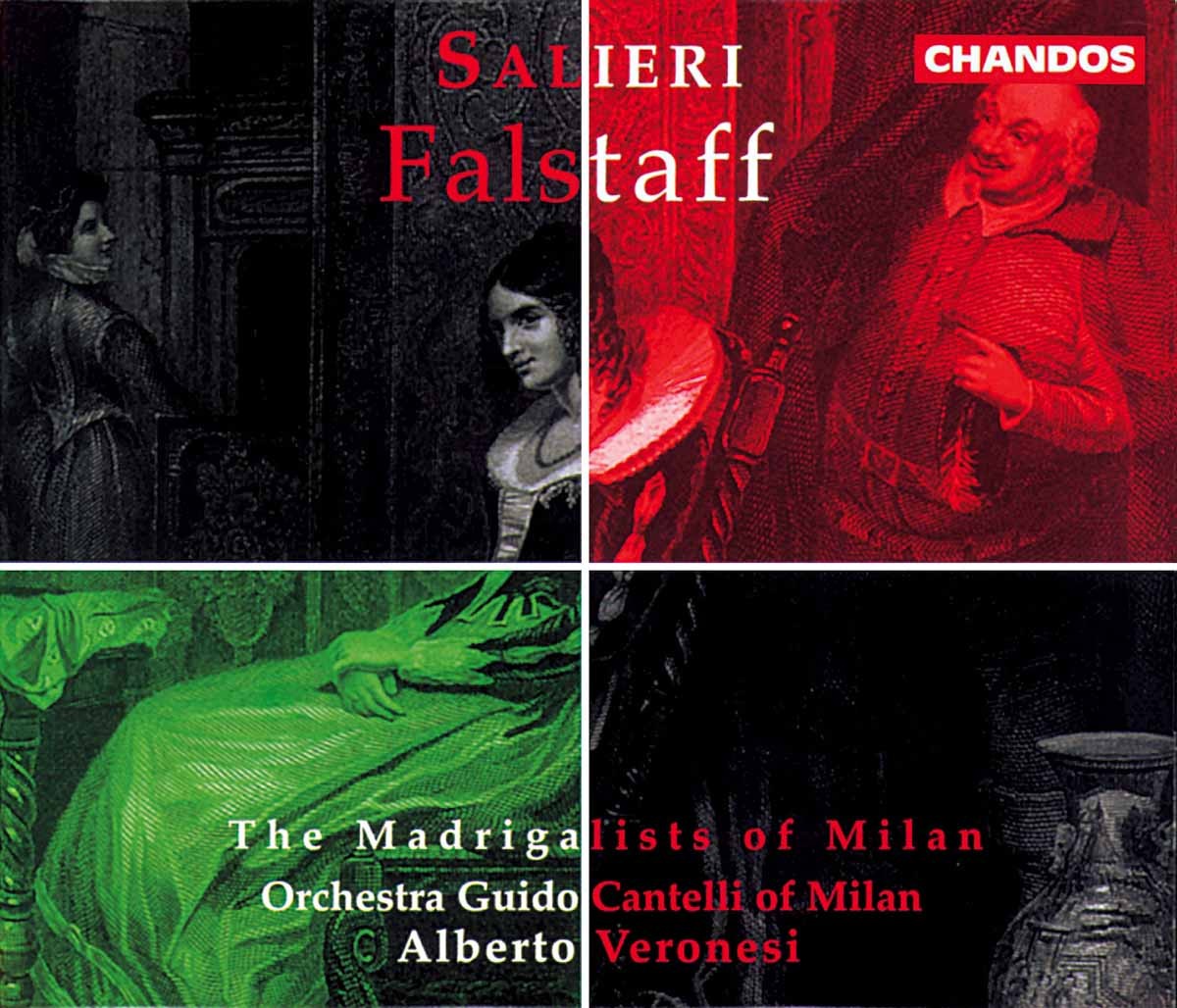 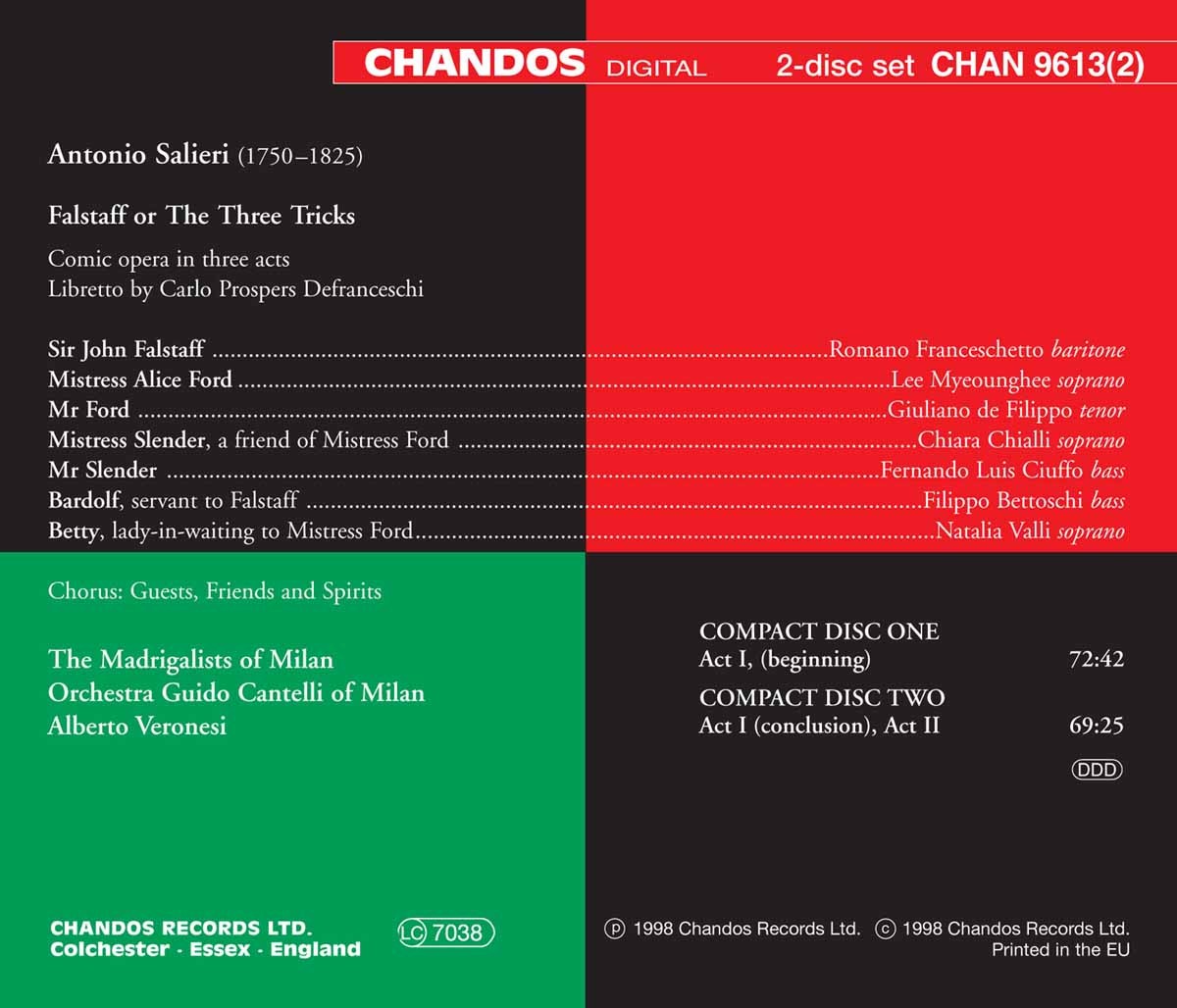 Though of uneven quality, there is no doubt that the best of Salieri’s music really was very good indeed. He was extraordinarily popular in the course of his lifetime. That his works fell into neglect soon after his death is due to several factors: unfavourable comparisons with Mozart, variable libretti, a need to write hastily for the Nationaltheater, and the gradual change in fashion - all these contributed to his works’ decline. In recent years, ironically helped by the film Amadeus, interest in his music has been fuelled, and has led to a revival of his best works, of which Falstaff is one.

Premiered in 1799, Falstaff is one of the earliest operas to be based on a Shakespeare play. The Merry Wives of Windsor. Excellently adapted by Salieri’s librettist Carlo Prospers Defranceschi, Falstaff dispenses with some of the complicated sub-plots, and concentrates on Falstaff and the two couples - the Fords and the Slenders. With very witty dialogue and music of exhilarating impetus (the Penguin Complete Guide describes the pace of the drama as ’fast and furious’!), the work cannot fail to make an impact. Though belonging firmly to the eighteenth-century tradition, there is much subtle nuance in characterisation making it rewarding for both listner and audience alike.

"... With the Guido Cantelli orchstra of Milan both mellow and scintillating, Romano Franceschetto (Flastaff) shows welcome agility as a buffo baritone, singing with relish, making even his letter-writing scene a moment to savour. None of the other soloists particularly stands out, but together they form a quicksilver comic ensemble, fully responsive to the effervescent score. The recorded sound is ample and rich." James Camner - Opera News (USA) - 1 July 1998

"... a charming piece, full of attractive if short-breathed tunes, and it emerges fresh and sparkling from this performance ... the recording is direct and well balanced ..." Peter Branscombe - Hi-Fi News and Record Review - August 1998